WPI's Interactive Media & Game Development (IMGD) students work on a variety of projects to build portfolios that showcases their unique work. Areas of focus include animations, digital paintings, and models.

All IMGD students also take Technical and Artistic Game Development II (IMGD 4000 and IMGD 4500), a milestone course that pairs technical students with artistic students to create a finished game in 7 weeks. All teams in the class are given the same basic game mechanics to work from and must create their own unique themes and backstories. Below are a few of those game from the latest class. 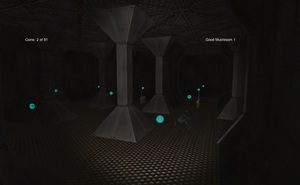 Jager is a maze-based game about collecting treasure and avoiding robotic guardians. In the distant past, a crazed rich man turned himself into a cyborg and built a starship, and then he traveled into the farthest reaches of space, accompanied only by his animalistic robots. Now, two new robotic explorers have discovered the derelict ship and are getting set to pillage as much loot as possible. But beware: the ship may no longer be functional, but the cyborg and his minions are still very much alive. 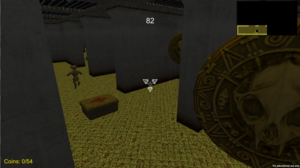 Risky Disco is a competitive multiplayer take on the Jaeger game. Players will compete for coins and ghoulies defeated, while having the ability to see through the opponent's eyes and disrupt their strategy. Players will have a set period of time in which to compete for coins and ghoulies, followed by another opportunity to earn a significant amount of points. It is during this last phase that disrupting your opponent is most crucial. 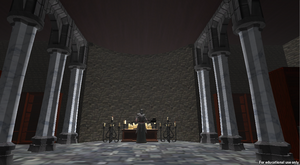 Explore an old gothic dungeon, fight off the spirits that haunt the halls and defeat the boss. As you wander the dungeon, keep an eye out for treasure but if you find any, make sure that you can defeat the boss! Connect up with a friend to explore together. 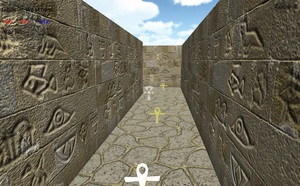 Katastrophe takes place in the open pyramid of the Giza plateau. You're on a quest to take all of the gold while dodging the enemies who may be on your trail. Adventure as you decide your own fate through custom maze generation like you've seen before! Throw flesh eating scarabs at dangerous mummy cats but be careful, the boss may turn the tables on you! Each Ghoulie is different than the next requiring accurate precision and judgment or your treasure may still remain lost in time. 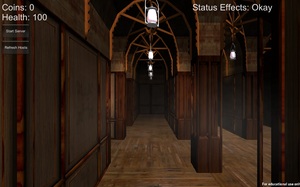 Welcome to Orange Iguanas's game of Jaeger. Jaeger is a maze game where the goal is to traverse the maze, collect gold, and defeat the evil boss. Jaeger was developed in Unity and contains procedural maze generation, enemy A* pathfinding, boss State Machine AI, and networking. This game was developed by a team of two coders (Chris Turner & Ben Korza) and two artists (Alex Clemens & Bryce Dumas) for IMGD 4000/4500 in 7 weeks using the Unity Engine. Movement is done through WASD and mouse aim, throw colored Gummies at your enemies with 'R' 'G' 'B' or '1' '2' '3', drop gummies to mark your path with SHIFT 'R' 'G' 'B', eat gummies and interact with trap doors with 'E', eat Mushrooms that change you in amazing ways with 'P', and swap between first person view and bird's eye view with 'Z' and 'X'. 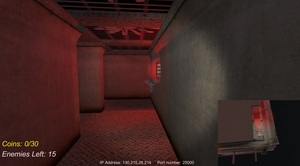 Welcome to Nuclear Fallout! Our game is a first person shooter that requires skill, creative thinking, and courage to complete. Players start the game in a randomly generated maze that players need to search in order to find coins. However, the maze is full of mutated cats that wander the abandoned fallout shelter and steal coins from the player if he/she bumps into any of these frightening felines. Players can appease these mutated cats by throwing treats at it in the correct color sequence that appears when a player looks at a targeted feline. 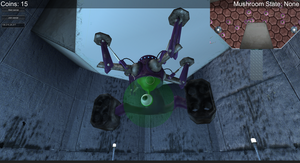 Jaeger! By this point, you know the drill - dynamically generated maze, Ghoulies who are out to steal your coins, "gummies" (in our case, glowsticks) that you can throw at Ghoulies to protect your treasure, and online multiplayer. What we think sets our project apart is the boss battle - an epic platforming challenge in a Ghoulie factory governed by a missile-launching Ghoulie in a spider-mech. Can you reach the top and stop him once and for all?

Computer animations are animated image sequences, such as a movie, created using computer graphics rather than film.