Considered one of the world’s foremost academic authorities on Jimi Hendrix, humanities professor Joel Brattin was featured in this Telegram & Gazette article. “All told, Brattin finds the album to be something of a treasure trove and a good reminder as to why Hendrix’s work is still so popular and influential today,” the T&G stated. 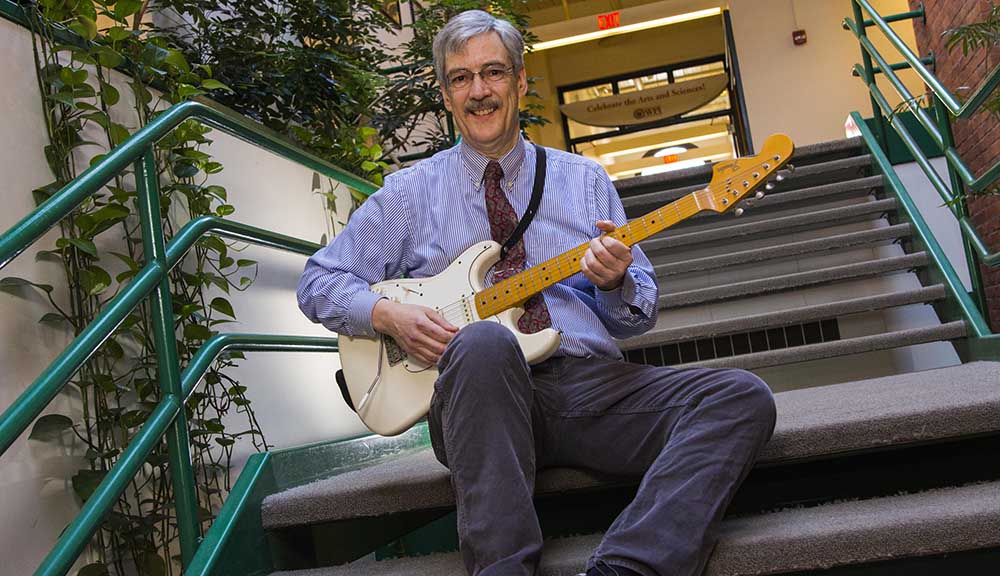 WPI Professor and Hendrix Scholar Joel Brattin
Hendrix and Woodstock: 10 Little-Known Facts about the Performance That Defined the '60s
June 28, 2019