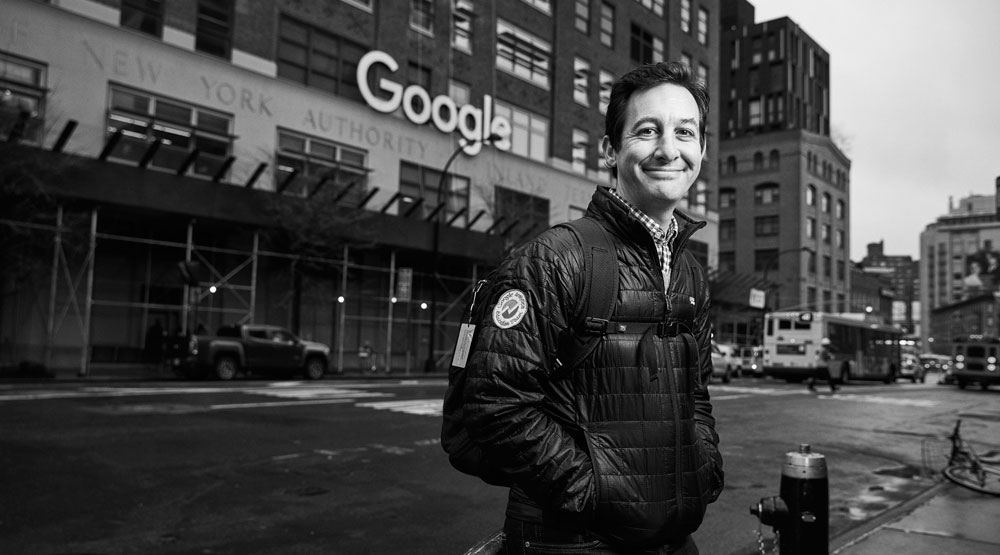 As a kid growing up in Belmont, Mass., baseball-crazy Justin Cutroni pored over newspaper box scores to trace the feats of his Boston Red Sox heroes. The matrices were devoid of sentimentality, the numbers revealing diamond glory in nothing more than gray agate type.

But for Cutroni, there was magic in those columns.

“How did Carl Yastrzemski do last night? How about Jim Rice? One-for-four … what’s his new batting average?” he reminisces. “I just love that sport, and it’s one area where I was always looking at numbers.”

Today, America’s pastime is awash in a slew of new metrics—or analytics—that measure player performance in ways once inconceivable. But so, too, are the lives of billions of people the world over.

That same kid who geeked out to baseball stats over three decades ago is helping lead an analytics revolution that’s changing the way we work, shop, and play. 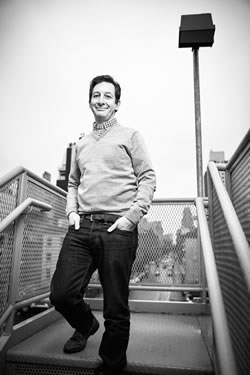 Cutroni is, kidding aside, an analytics evangelist for Google (“The great thing about Google is, if you can dream it, you can call yourself that,” he says), promoting the Internet giant’s free web analytics services that process half a trillion digital moments across devices daily. Google, which launched Google Analytics in 2005, is ironically loath to reveal exact totals.

Its software allows businesses and organizations to understand how visitors use their websites and mobile apps. Such data can then be used to hone messaging and, in turn, drive more business success. In the end, its stated purpose is to improve the lives of all involved—from businesses selling exercise apps, for example, to the people jogging with those apps.

“It’s a win-win situation if businesses have data about their decisions and how that’s impacting their customers,” Cutroni says. “They can make better decisions that ultimately allow them to do a better job at their business. On the other side, if they’re giving their customers—and their potential customers—what they want, it’s a plus for the customer.”

Privacy debates notwithstanding, he says, “I see this as a great opportunity to aid and enhance both sides of that equation.”

Cutroni has emerged as a global leader in promulgating Google’s analytics products.  He’s authored three books on the subject, and in 2014 he was named Most Influential Industry Contributor by the Digital Analytics Association.

As head of a 25-member Google education division, Cutroni helps run the Google Analytics Academy, with online courses reaching more than 100,000 people per month. He also meets with businesses in a bid to—as his job title suggests—bring more analytics converts to the flock.

“I want to make people understand what data they need, and how to make sense of that data,” he says. “That could mean working with small businesses, global corporations, or massive advertising agencies. I want to demystify this stuff. I want it to be approachable.”

This wasn’t the life Cutroni envisioned during his days at WPI. But that’s not surprising—it wasn’t until 1995 that the Federal Networking Council, an organization of representatives from various federal agencies, even defined the term Internet. As a mechanical and aerospace engineering major, he was enamored of flight. “I wanted to build airplanes and rockets,” he says. “Analytics wasn’t even on the radar.”

Instead, he found himself working as a consultant in the information technology (IT) and services industry after graduation. In 2004 he joined EpikOne, a Williston, Vt., marketing and advertising firm whose work is built on analytics.

The very word analytics entered the tech parlance some two decades ago, according to Cutroni, when business people realized they could harness the power of the nascent Internet to generate information about customers. The metrics of the time were rudimentary, even primitive.

“You’d have IT guys sitting in a corner or in a basement looking at data about how long a website had been up (if there even was a website), or the amount of hits a website had gotten,” he says.

Google and Cutroni have burst those bounds by adding analytics whose features bear such designations as “bounce rates,” “acquisitions,” and “conversions.”

Cutroni’s journey started at WPI. When it came time for college, he considered various universities, but he chose WPI in part because “I’m a New England kid, so I didn’t really want to go too far.” During a campus visit he was struck by the university’s commitment to project-based learning. 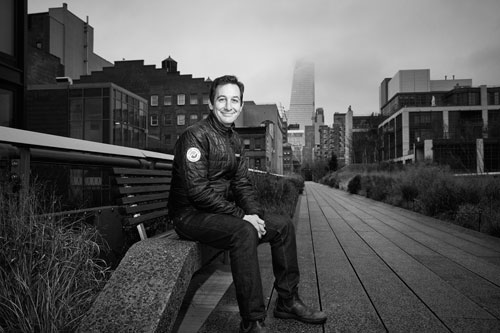 “I fell in love with the idea that I’d have my hands on lots of stuff, because I like to tinker,” he says, noting the multidisciplinary nature of his work at Google. “I grew up changing the oil in my parents’ cars and helping my dad renovate houses. There was also a true community at WPI, and it was the best place for me.

“The methodology of WPI—the theory and practice—is still so core to who I am and how I learn,” he adds. “I need to understand the idea behind something before I apply it, and that’s what WPI teaching is based on.”

Cutroni did his MQP as a student researcher at NASA’s Glenn Research Center in Cleveland, which designs, develops, and tests innovative technology for aeronautics and spaceflight. His life’s work, it turns out, took flight with the dot.com boom.

“It allows children and adults to build in any dimension or any direction with core geometric shapes, like squares and triangles,” Klauber says of Swivel-Snaps. “You can build just about anything.”

The product hit the market this winter, and it’s available online, at New England toy stores, and at the WPI bookstore. Using Google programs such as Analytics and AdWords, Cutroni has orchestrated an online ad campaign designed to drive traffic, awareness, and brand recognition for Swivel-Snaps.

“It’s a very key role that he’s playing for us, and it’s a lot of fun to watch him in action. His skills are phenomenal,” says Klauber, who is a sales specialist for global accounts at the software company VMware. “Justin alone has driven, at last calculation, 40 times more visitors to the site because of the work he’s done. He’s helped put us on the map.”

The pair met in the fraternity system—Klauber in Theta Chi, Cutroni in Sigma Alpha Epsilon. They became close friends, breaking from their studies to share their mutual love of the outdoors. The friends hiked New Hampshire’s Mt. Washington, and both men are avid fly fishermen who enjoy woodworking. After graduation, they jumped into Cutroni’s Ford Bronco and logged 6,000 miles on a cross-country road trip, during which they visited nine national parks. Cutroni, who’d fallen for Klauber’s sister, Heidi, actually proposed to her while the couple hiked the full length of the Appalachian Trail.

Klauber says Cutroni has dispelled any notions that analytics is for nerds.

“Google has turned that entire stereotype on its head, because analytics has completely transformed how businesses operate and execute,” he says. “Justin does not fit the stereotype of nerdy. He’s an outgoing, outspoken, fun guy. He’s not a wallflower.”

Cutroni marvels at his own professional path. When offered a job at highly competitive Google in 2012, “I was as amazed as anyone,” he admits. It didn’t hurt that he was familiar with Google software and had gotten to know members of a team that built the products.

“One of the guys on the team, the engineering lead, said ‘Hey, what do you think about joining Google?’ I said, ‘It sounds great, what do you want me to do?’ And he said, ‘I really don’t know, but why don’t you try to get a job here and we’ll figure it out later.’ That’s literally how it happened.” 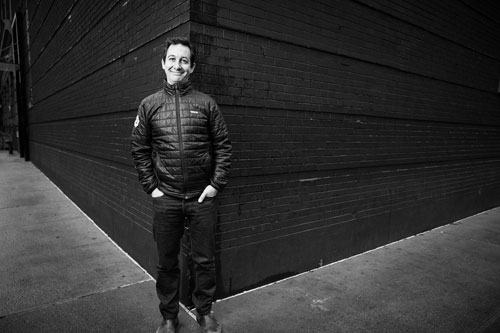 Cutroni lives in Vermont, but telecommuting allows him to oversee the work of his team at Google headquarters in Mountain View, Calif., and at another office in New York City. Still, he’s on the road enough to partake of Google’s famous perks, from at-work massages to the vast spread of entrees in company cafeterias, all free of charge for employees.

“The food is ridiculous,” Cutroni says. “In Mountain View, I think there are 30 different cafes you can go to, everything from Indian to authentic Japanese to Mexican, and the food is all locally sourced. That you can eat three square meals a day there is just unbelievable.”

Co-worker Alden DeSoto, a staff technical writer at Google, calls Cutroni “a luminary in the analytics space. He’s well known throughout the field.”

During his monthly trips to Mountain View, it’s not unusual to find Cutroni and his team sipping brews and noshing on burgers, wings, and onion rings at the Sports Page bar and grill across the street from Google’s campus. They discuss cultural events, new restaurants, and, of course, work. Inquiring minds aren’t likely to miss Cutroni’s musings.

“With Justin, there’s a real combination of passion and intelligence,” DeSoto says. “He’s a big thinker.”

But even Cutroni admits that analytics has its constraints.

“No matter how much data you have, you still have to execute,” he says. “If you’re a ball player, you may know a curve ball is coming 90 percent of the time, but you still have to hit that curve ball. As a business, you may have data at your fingertips, but if you don’t use it, it’s totally useless. Analytics is about turning information into action.”

That’s a box score worth reading.