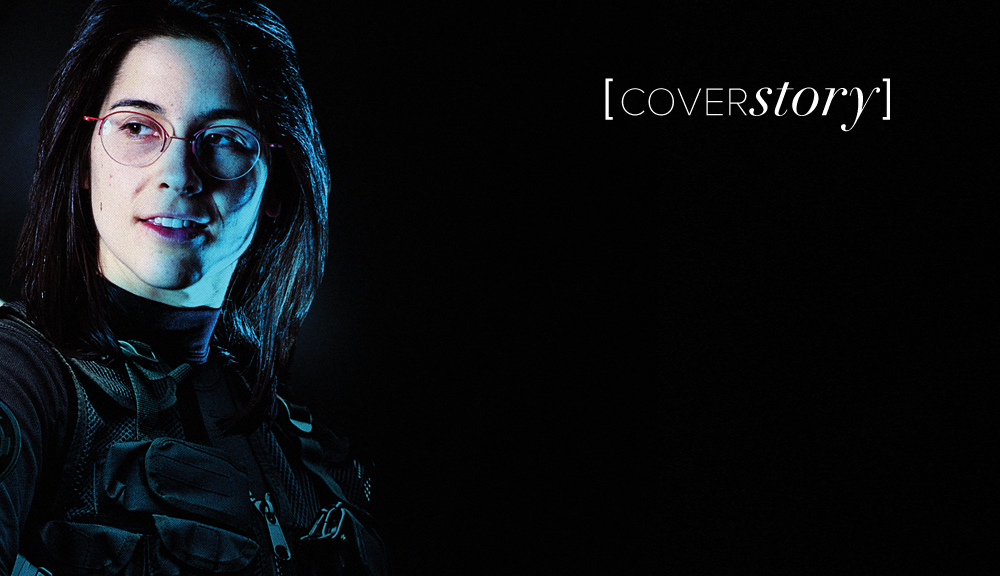 The Star Wars franchise has captivated the world for decades. Fans have meticulously studied and documented nearly every frame of every movie, ruthlessly pointing out each flaw and inconsistency. They demand—and expect—perfection. 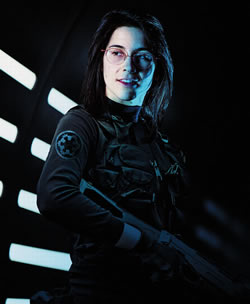 For Anna Chase, who helped Hasbro design the collectible “Black Series” action figures for newly released films in the series, it meant there was no room for error. The six-inch action figures—a cool $20 each—are designed to delight the movies’ biggest devotees. “From the sculpt of the face to the details of the clothing—every curve and every stitch is there, and it’s right,” says Chase, who spent three years as associate project engineer for Star Wars toys at Hasbro. “The average person might not notice it. But the true fans? They know when something’s been overlooked.”

Take K-2SO, a new droid from Rogue One whose lanky frame bedeviled Chase and other engineers at the company. The challenge was not just to get it to look movie-accurate, but to make sure it could stand on its own, despite its awkward dimensions. “It’s not enough to look great in the package,” she says. “We had to make sure its joints were stiff enough so it could stand without flopping over.”

It wasn’t easy. In the first batch of samples, the droids kept breaking. The sharp edges and corners where the shin met the foot—one of the very things that made K-2SO look more like a droid than a human—were among the weakest points in the figure, and they needed to be among the strongest.

Fortunately, Chase had experience to draw on as she and others worked to fix the flaws. “I remembered a similar problem linked to a wind turbine I was designing in one of my courses at WPI” that provided valuable insight, she says. She and the team ultimately came up with a solution that minimized the corners that were causing the problem and kept the droid steady on its feet. The result? A full 61 percent of reviewers on Amazon—a discerning bunch—gave the figure a five-star review. (Even critical reviews conceded the droid’s exceptional realism and quality, faulting it primarily because it didn’t arrive with a blaster rifle.)

For Chase, though, the joy of the work doesn’t come solely from the validation provided by hard-to-please fans. “A big motivating factor for me is making something that’s truly beautiful,” she says. “It’s about getting the texture, the materials, and all the other subtleties just right.”

This quest for excellence seems embedded within Chase’s very DNA, from her ambitious projects at WPI to the roles that have propelled her life after graduation. No matter what the work, she always aims high.

The power of play

Long before she enrolled, WPI was a fixture in Chase’s life. Living just 20 minutes away, she’d been to campus multiple times, shooting hoops in the gym as a 12-year-old in basketball camp and displaying her projects in the Campus Center as a high school participant in regional science fairs.

When it was time to apply to colleges, Chase didn’t plan to stick close to home. But she was persuaded to give WPI a chance when she saw how her older friends were thriving on the unique project-based curriculum. “I saw how good they were at science, and what incredible work they had done,” she says.

She knew she’d made the right choice early on as she worked her way through the Great Problems Seminar as a first-year student. Her section, taught by Diran Apelian, Alcoa-Howmet Professor of Mechanical Engineering, and humanities and arts assistant professor Svetlana Nikitina, took on major engineering challenges of the 21st century, delving into ways to solve some of the world’s biggest problems linked to energy, water, and health.

Chase’s early connection to Apelian felt transformative. She loved that he was always biased toward taking action and making an impact. And she appreciated that he believed that students—even those in their very first year at WPI—could make a difference. “Sometimes, you meet someone and you just know they’re going to have an impact on you for the rest of your life,” she says. “Diran was like that for me.”

That first year, she and classmates dug into one of the biggest challenges in Kenya: water scarcity. They looked at the impact of clean water on everything from sanitation to health. Apelian saw promise in Chase’s work, and he wanted her to see the opportunities up close. He secured funding so that she and a handful of other students could spend eight days in Kenya in 2009 working with local entrepreneurs—including one college-aged woman eager to sell clean water to people at church gatherings, weddings, and other events.

Apelian says that Chase was an obvious choice for the project. “I remember her from the very first day of class,” he says. “Anna is imaginative, curious, and has a moral compass that guides her. She is dedicated to making an impact—to making life better for others.”

That week in Kenya stuck with Chase, and in 2011 she returned—this time for five months. Working with Malewa Trust, a Kenya-based nonprofit, and Harbec, a company that develops products, including a human-powered water purification device called the Better Water Maker, she dug in deep.

She worked with hospitals and schools to see if they could easily use the device. She studied what improvements were needed to make the device even more effective.

It was that study that indirectly led to Chase’s job at Hasbro. The hand-cranked purifier was a good way to generate the energy needed to decontaminate water, but turning the crank was hard work. Still, at the schools she visited she saw kids pairing up to turn the crank, making a game out of this chore. “I saw how play could make generating energy fun,” she says.

It prompted her to research the many other ways that kids’ boundless energy might be harnessed productively, from rocking horses that harvest kinetic energy through a coil-and-magnet mechanism to bicycles with tiny generators attached to the back wheel.

But perhaps more important than the research was the side project she developed. She created a science club in a secondary school in Kenya and taught students to build everything from simple dolls to wire-frame cars using recycled parts. “The kids were so inventive—so many were ‘makers’ at heart,” she says. “These were all things that helped me see the power of play.”

A focus on work that lasts

After graduating in 2013, with play still on her mind, Chase applied for a position with Hasbro’s Boys Product Development. “I had no idea it was for Star Wars!” she says. “They asked me in the interview how I felt about [the franchise], but at that point I hadn’t even watched the movies. I ended up joining the team that was making toys for The Force Awakens.”

In the end, it was the company’s approach to toy making that cemented her desire to work there. Hasbro is laser-focused on an idea known as “play value”—the most valuable toy is one that is both well built and well loved, used for many hours over many years. Clever design can help improve that value: adding an extra door on a vehicle might open up new storage places for weapons. And different ways to reassemble the toy make it more interesting. “We’re always looking at every toy, inside and out, to see how we can make it better,” explains Chase.

Of course, the toys she helps create aren’t just any toys. She’s felt the full impact of the Star Wars fan phenomenon, including the “insane” experience of being  part of the marketing crush for both The Force Awakens and Rogue One. At a recent San Diego Comic-Con, for example, fans asked her to sign the packaging of action figures that she’d helped create. Online, she says, people can be brutal about every perceived  flaw they see in the toys, but in person, they’re joyful, curious, and eager to hear any movie-related scoops.

Sheila Standing, Chase’s boss and the engineering manager of Star Wars toys, says Chase’s attitude has helped her thrive on the team. “Anna is intelligent, organized, and diligent,” she says. “Her passion and enthusiasm rubs off on team members.”

In January Chase left Hasbro to participate in an Outward Bound program that takes young leaders on climbing experiences from the Colorado Rockies to some of Ecuador’s highest peaks. Program participants learn skills including ice climbing, canyoneering, and wilderness survival techniques.

While she jokes that it’s a chance to “build on her superhero Jedi skills,” Chase also wants to reflect and recharge as she figures out where she can take her career next. She says, “It’s time for me to sit on the question of what’s most fulfilling for me.”

As someone who’s found ways to excel, whether she’s working on projects in the most rural villages of Kenya or in a galaxy far, far away, there’s no question she’ll land in an interesting place—and find a powerful way to make an impact.