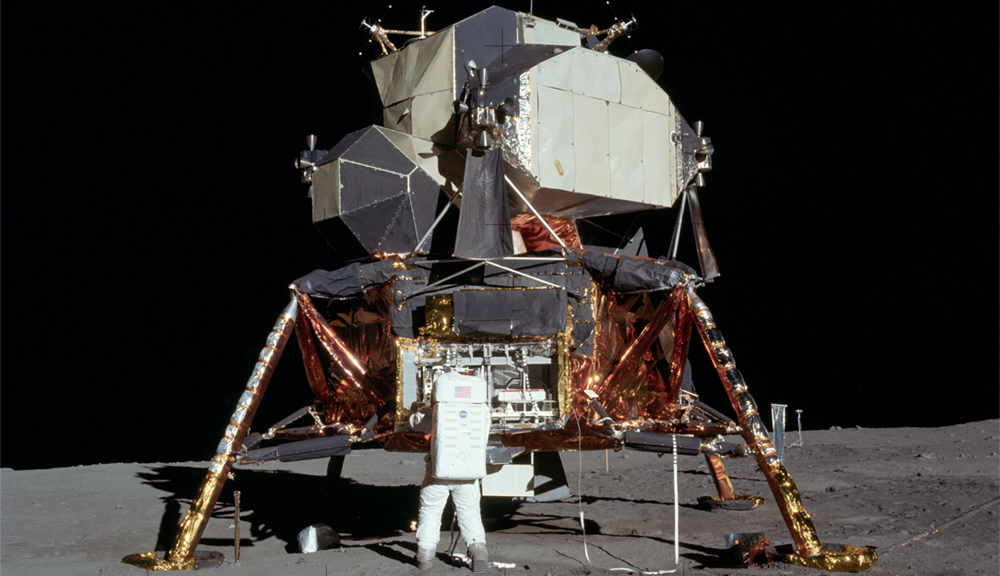 Q. With the 50th anniversary of the Apollo 11 moon landing so much in the news, I was wondering if the Archives had anything related to the mission?

A. When the Apollo 11 lunar module Eagle touched down on the Sea of Tranquility on July 20, 1969, it rested on legs designed by Allan Glazer ’47. 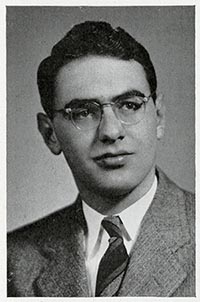 Born in Worcester in 1926, Glazer enrolled at WPI in 1944 when he was unable to secure a spot in the armed services owing to poor eyesight. After graduating with a degree in mechanical engineering, he worked for Bell Laboratories in New Jersey before returning to Worcester to join Hollow Boring, a machine shop. While there he discovered a precision machining technique that led to his decision to start his own company, Honematic Machine Corporation, in 1956.

Grumman Aircraft Engineering chose Honematic to construct the four primary struts, or legs, for the lunar module. They made them from a lightweight alloy, Aluminum 7178, and used abrasive tools to produce a precision finish that met NASA’s strict standards. Standing  69” tall, with a diameter that ranged from 6.25” at the bottom to 5.5” at the top, the struts  cushioned the spacecraft during landing, kept it stable on the lunar surface, and supported the descent stage as the ascent stage rocketed away to rejoin the command module in orbit. Though Neil Armstrong famously reported taking a “small step” onto the moon, Glazer later shared that it was a bit of a leap. The landing was smoother than anticipated so the lunar legs did not fully compress as engineered. Honematic outfitted all six Apollo lunar landing missions, which means 24 of Glazer’s legs remain on the moon. In 1992 the Glazer family donated a prototype of the leg to the WPI Archives, where is remains part of Manuscript Collection #67: The Allan Glazer Collection.

While not represented in the Archives, other alumni made contributions to Apollo. Working at David Clark Co. in Worcester, Joseph Ruseckas ’65 directed the development of the headsets worn by the astronauts, and Robert Rodier ’51 at North American Aviation designed the parachutes that lowered the command modules to safe splashdowns. And of course Neil and Buzz Aldrin might never have walked on the Moon if Robert Goddard ’08 hadn’t pioneered the liquid-fueled rocket technology that got the Saturn V off the pad.

The WPI Connection to Space Exploration

Arthur Carlson, assistant director of Archives & Special Collections at the George C. Gordon Library, would be glad to answer questions you may have regarding curious facts and figures about WPI wonders. Send your inquiry to archives@wpi.edu and perhaps see your answer in the next issue of the WPI Journal.