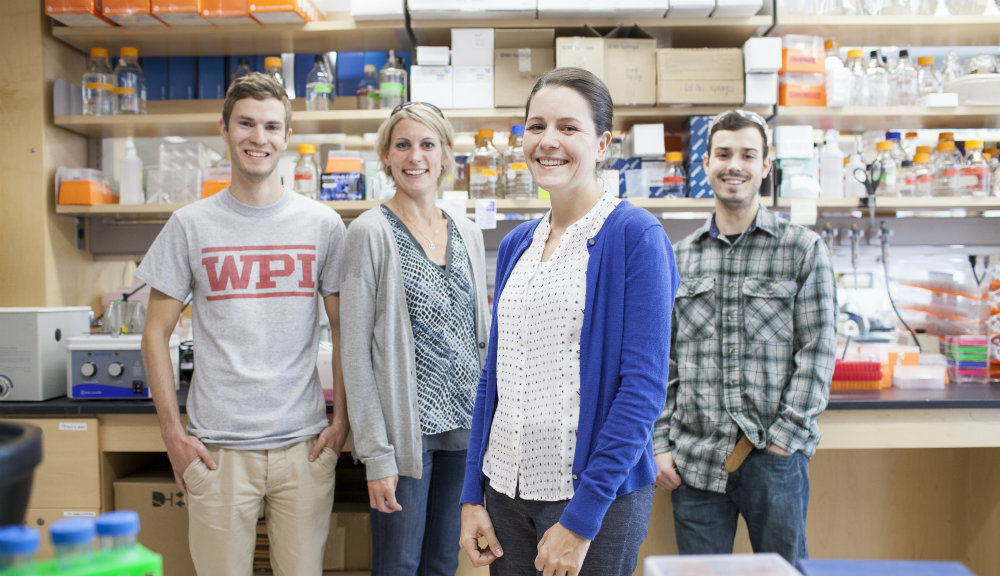 Taking aim at the fundamental biology of cancer cells, the National Institutes of Health (NIH) has awarded $747,000 to WPI for a three-year research project that will explore the molecular mechanisms associated with the genetic mutations and chromosome instability observed in all cancer cells. The goal is to turn the genetic tables against cancer by learning more about the molecular basis of cancer cells’ uncontrolled growth. That knowledge could one day bolster the effectiveness of cancer treatments and improve patient outcomes.

Led by Amity Manning, assistant professor of biology and biotechnology, the research will examine how specific molecules can change the way DNA is packaged and organized within cells, causing genetic errors that can, in turn, transform normal cells into cancer cells.

The study will also explore whether the same factors that affect DNA and cause chromosomal instability can be controlled to make cancer cells more susceptible to existing chemotherapy drugs.

“These are basic studies that we hope will give a better understanding of the genetic changes and cellular processes that allow cancers to grow and spread,” Manning says. “The more we understand about the changing biology of the cancer cells, the more leverage we will have in treating the disease.”

In her previous work as a postdoctoral researcher at Massachusetts General Hospital, Manning identified several DNA regulatory molecules that are common to many solid-tumor cancers, including non-small cell lung cancer. Those molecules appear to play a role in chromosomal instability, genetic mutations, and drug resistance that are characteristic of these cancers.

In this new project, Manning and her lab team will build on that work by using genetic screening techniques to further test those molecules, and to search for additional molecules that change the way DNA is packaged and processed in cancer cells.

“Chromosomal instability gives cancer cells an advantage,” Manning says. “It enables the cells to grow and spread in ways that evade the body’s natural defenses and resist the drugs we throw at them. We have to find out what the cancer cells know, so that we can fight back.”