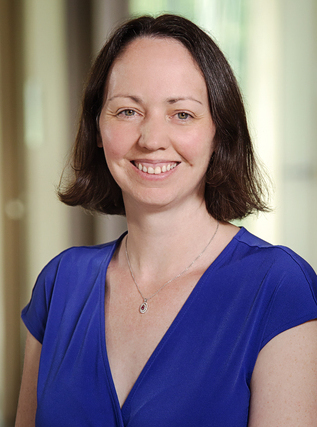 LESSONS IN TISSUE ENGINEERING FROM EVOLUTION

Abstract: “Our real teacher has been and still is the embryo, who is, incidentally, the only teacher who is always right.” – Viktor Hamburger

Evolution has generated an enormous diversity of biological form. Given this diversity, it is highly likely that every tissue structure that one can imagine has been built by the embryo of one species or another. We are interested in uncovering the physical (mechanical) mechanisms by which epithelial sheets fold themselves into branching tubes in the embryo, and using those mechanisms to engineer tissues in culture. Over the past half century, developmental biologists have identified several biochemical signaling pathways and genetic control mechanisms necessary for tissue morphogenesis. In parallel, biological systems must obey Newton’s laws of motion, and physical forces need to be generated in order to sculpt simple populations of cells into complex tissue forms. Inspired by the evolutionary diversity of embryonic forms, we have created microfabrication- and lithographic tissue engineering-based approaches to investigate the mechanical forces and downstream signaling pathways that are responsible for generating the airways of the lung. I will discuss how we combine these experimental techniques with computational models to uncover the physical forces that drive morphogenesis. I will also describe efforts to uncover and actuate the different physical mechanisms used to build the airways in lungs from birds, mammals, and reptiles.

Biography: Celeste M. Nelson is the Wilke Family Professor in Bioengineering and a Professor in the Departments of Chemical & Biological Engineering and Molecular Biology at Princeton University. She earned S.B. degrees in Chemical Engineering and Biology at MIT in 1998, a Ph.D. in Biomedical Engineering from the Johns Hopkins University School of Medicine in 2003, followed by postdoctoral training in Life Sciences at Lawrence Berkeley National Laboratory until 2007. Her laboratory specializes in using engineered tissues and computational models to understand how mechanical forces direct developmental patterning events during tissue morphogenesis and during disease progression. She has authored more than 140 peer-reviewed publications. Dr. Nelson’s contributions to the fields of tissue mechanics and morphogenesis have been recognized by a number of awards, including a Burroughs Wellcome Fund Career Award at the Scientific Interface (2007), a Packard Fellowship (2008), a Sloan Fellowship (2010), the MIT TR35 (2010), the Allan P. Colburn Award (2011), a Dreyfus Teacher-Scholar Award (2012), and a Faculty Scholar Award from the Howard Hughes Medical Institute (2016).

For a zoom link to this event, please contact igjencaj@wpi.edu.