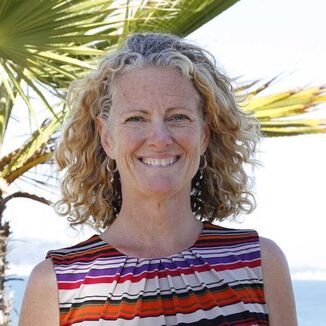 Abstract: Basic life sustaining functions such as breathing, circulation, and digestion are driven autonomously by coordinated contraction of specialized muscle cells, yet how these functions incorporate active feedback via force sensing at the cellular level is an area of active study.  Meanwhile, a variety of specialized stretch activated receptors and mechanically mediated biochemical signaling pathways have been identified. Defects in proteins of these mechanically mediated pathways and receptors have been implicated in disease states spanning cardiovascular disease, cancer growth and metastasis, neuropathy, and deafness. Thus, understanding the mechanical basis of homeostasis (health) and defective cell renewal function (disease) increasingly requires us to consider the role of mechanics. To study how cells and tissues integrate mechanical signals, we and others have developed specialized cell cultures systems and micromachined tools to stimulate and measure forces and displacements at the scale of proteins and cells. Using induced pluiripotent stem cell derived cardiomyocytes, we observe cell outputs such as morphological changes, protein expression, electrophysiological signaling, force generation and transcriptional activity in response to mechanical stimuli with an eye to understanding how mechanics influences progression of a genotype with known point mutations into dysfunctional phenotypes.

Bio: Dr. Beth Pruitt graduated from the Massachusetts Institute of Technology (MIT) with an S.B. in mechanical engineering. She was in Navy ROTC at MIT where she learned sailing, leadership, and perseverance and later served as an officer in the US Navy. She earned an M.S. in Manufacturing Systems Engineering from Stanford University then served as an officer in the U.S. Navy, first at the engineering headquarters of the nuclear program then as an instructor teaching Systems Engineering (and offshore sailing in the summer) at the U.S. Naval Academy. She earned her Ph.D. in Mechanical Engineering from Stanford University specializing in MEMS and micro-scale force metrologies and was supported by the Hertz Foundation. She was a postdoctoral researcher at the Swiss Federal Institute of Technology Lausanne (EPFL) where she worked on polymer MEMS. From 2003-2018, she led the Stanford Microsystems Lab focused on micro-scale force metrologies for interdisciplinary micromechanics problems in mechanobiology, biomechanics and sensing. She was a visiting professor in the Lab for Applied Mechanobiology in the Department of Health Sciences and Technology at ETH, Zurich in 2012. She moved to UCSB in 2018 to help start the new Biological Engineering Program launched in 2022. She has been recognized by the NSF CAREER Award, DARPA Young Faculty Award, Denice Denton Leadership Award, is an elected Fellow of BSME, ASME and AIMBE and Senior Member of IEEE.