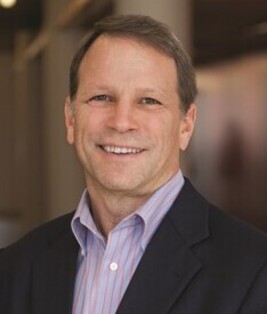 
Abstract: The skeletal wrist joint is comprised of eight carpal bones and at least fifteen articulations. With no substantial muscular attachments, carpal bone kinematics and stability are completely controlled by the articular shapes and the ligaments. Despite being simply passive structures, how the carpus reduces forty-eight degrees of freedom into the two primary degrees of wrist motions of flexion-extension and radial-ulnar deviations remains incompletely defined. I will present our approach to measuring in vivo carpal kinematics and the insights into carpal function that we have gained from this approach.
Our work on carpal function has led to investigations into the design of total wrist implants. Unlike hip and knee arthroplasty, total wrist arthroplasty (TWA) has been prescribed sparingly and typically only in older patients with low functional demands. I will discuss our design approach and recent studies of in vivo TWA function using biplane videoradiography.
The first carpometacarpal joint at the base of the thumb is the most mobile of all the carpal joints and is associated with the unique functions of the human thumb. This joint is also one of the most common sites of osteoarthritis. I will present our longitudinal study of thumb osteoarthritis in which we explore joint instability as a predictor of thumb osteoarthritis.
I will conclude by describing our current efforts to measure thumb and wrist joint loads in vivo using implants instrumented with load sensing technologies.

Biography: J.J. Trey Crisco, Ph.D. is the Henry Frederick Lippitt Professor of Orthopaedics and Professor at School of Engineering at Brown University and Rhode Island Hospital. He began his career as an orthotics and prosthetics technician at the Newington Children’s Hospital and then continued his graduate education Yale University in Applied Mechanics.

Prof. Crisco’s research interests and translational efforts are in three fields: musculoskeletal biomechanics, sports, and pediatric rehabilitation. His work in upper extremity biomechanics is focused primarily on the hand and wrist for which he received the 2017 Kappa Delta Award from the American Academy of Orthopaedics Surgeons and the Orthopaedic Research Society with Dr. Scott Wolfe. His work in sports has focused on quantifying head impact exposure in helmeted sports using novel sensor technology, studying youth and collegiate athletes. Prof. Crisco has also developed toys and assistive technologies focusing on musculoskeletal rehabilitation for children with special needs. For these projects and his work on translational research and social entrepreneurship, Prof. Crisco received the inaugural Goel Award from the American Society of Biomechanics in 2017. His lab has primarily been supported by NIH and he has over 230 peer-reviewed publications. He has served as a member and ad-hoc member on numerous NIH Study sections. He is a former president of the American Society of Biomechanics.

Please contact igjencaj@wpi.edu for a zoom link to this event.