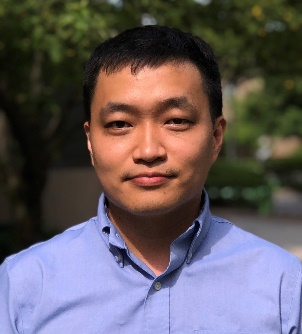 Explainable Visual Perception and Its Applications

Recent advances in interpreting convolutional neural networks have led to impressive progress in visualizing and understanding model predictions, making “black-box” AI algorithms explainable. In particular, gradient-based and activation-based visual attention modeling methods have driven much recent effort in using visual attention maps as a means for visual explanations. Explainability not only establishes trust in AI, but also facilitates better generalizability, unsupervised knowledge discovery, and more effective quality control before deployment. This talk introduces recent progresses on explaining and interpreting various types of neural networks, including metric learning models and generative models, with a special focus on visual perception problems such as weakly supervised semantic segmentation, image retrieval, person re-identification and video summarization. This talk further explains how these techniques can be applied in real-world scenarios. By leveraging the interpretation of neural networks as an interface, with which prior knowledge can be effectively incorporated in the training process, we can alleviate the scarce and biased data problem, improve learning efficiency, and enable novel applications. Finally, this talk demonstrates the critical role and value of explainable visual perception algorithms in safety-critical environments from an industrial R&D perspective.

Dr. Ziyan Wu is a Principal Expert Scientist of Vision and Robotics at United Imaging Intelligence, Cambridge, MA. Prior to joining UII, he was a Senior Key Expert Scientist at Siemens Corporate Research in Princeton, NJ. He received a Ph.D. degree in Computer and Systems Engineering from Rensselaer Polytechnic Institute, Troy in 2014.  He received a B.S. degree in Electrical Engineering and an M.S. degree in Measurement Technology and Instruments, both from Beihang University in China in 2006 and 2009 respectively.  He was affiliated with the DHS Center of Excellence on Explosives Detection, Mitigation and Response (ALERT) from 2009 to 2014. He was named Honeywell Innovators in 2008 and received the Allen B. DuMont Prize in 2014.  His research interests include explainable AI, visual perception in medical environments, 3D object recognition and pose estimation, scene understanding, and video surveillance.