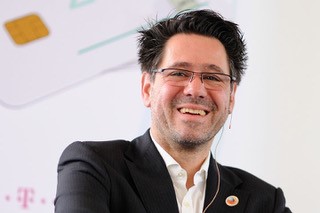 Wednesday, September 15, 2021
Floor/Room #:
via Zoom (Please register using the link below if you wish to attend and select the date of the seminar. Note that only *business* email addresses [i.e., provided by universities or companies] should be used. Thank you!)

Jean-Pierre Seifert studied computer science and mathematics at Johann-Wolfgang-Goethe-University at Frankfurt/Main. He received the Ph.D. degree from Johann-Wolfgang-Goethe-University at Frankfurt/Main, in 2000, under the supervision of Prof. Dr. C. Schnorr, one of the most important theoretician in the field of secure information systems. He gained intensive practical experience working in the research and development departments for hardware security at Infineon, Munich, and Intel, USA. At Intel, from 2004 to 2006, he has been responsible for the design and integration of new CPU security instructions for microprocessors that are going to be integrated in all Intel microprocessors. From 2007 to 2008, he developed for Samsung Electronics the worldwide first commercial secure cell phone based on the Linux operating system. Since 2008, he has been a Professor heading the group Security in Telecommunications, Technical University of Berlin (TU Berlin). This professorship is at the same time related with the management of the identically named research field at Telekom Innovation Laboratories, the research and development institute of Deutsche Telekom at TU Berlin. Since 2019 he has become an Einstein-Professor by TU Berlin & Einstein Foundation. He holds more than 40 patents in the field of computer security. In 2002, he has been honored by Infineon with the award Inventor of the Year and received two Intel Achievement Awards, in 2005, for his new CPU security instructions for the Intel microprocessors.