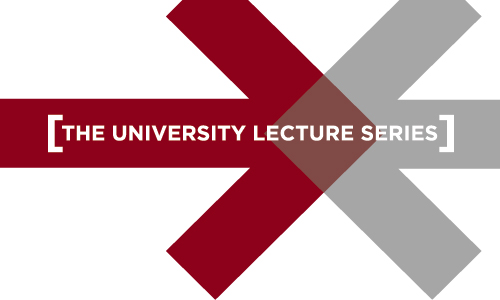 Sponsored by the Office of the President, the University Lecture Series provides a forum for speakers of national and international importance to enhance scholarly and scientific learning and to stimulate the intellectual climate of the university and surrounding communities. 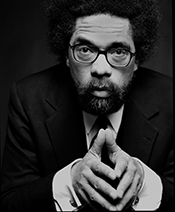 Cornel West is a prominent and provocative democratic intellectual.  He is Professor of the Practice of Public Philosophy at Harvard University and holds the title of  Professor Emeritus at Princeton University. He has also taught at Union Theological Seminary, Yale, Harvard, Dartmouth College, and the University of Paris.  Cornel West graduated Magna Cum Laude from Harvard in three years and obtained his M.A. and Ph.D. in Philosophy at Princeton. He has written 20 books and has edited 13.  He is best known for his classics -- Democracy Matters and Race Matters -- which recently celebrated the 25th Anniversary of its debut with a new edition.  His memoir Brother West:  Living and Loving Out Loud, and  Black Prophetic Fire have also received much critical acclaim.  Dr. West is a frequent guest on the Bill Maher Show, Colbert Report, CNN, C-Span and Democracy Now.

He made his film debut in the Matrix – and was the commentator (with Ken Wilbur) on the official trilogy released in 2004.  He also has appeared in over 25 documentaries and films including Examined Life, Call & Response, Sidewalk and Stand.

Last, he has made three spoken word albums including Never Forget, collaborating with Prince, Jill Scott, Andre 3000, Talib Kweli, KRS-One and the late Gerald Levert.  His spoken word interludes were featured on Terence Blanchard’s Choices (which won the Grand Prix in France for the best Jazz Album of the year of 2009), The Cornel West Theory’s Second Rome, Raheem DeVaughn’s Grammy-nominated Love & War: Masterpeace, and most recently on Bootsy Collins’ The Funk Capital of the World.  In short, Cornel West has a passion to communicate to a vast variety of publics in order to keep alive the legacy of Martin Luther King, Jr. – a legacy of telling the truth and bearing witness to love and justice.