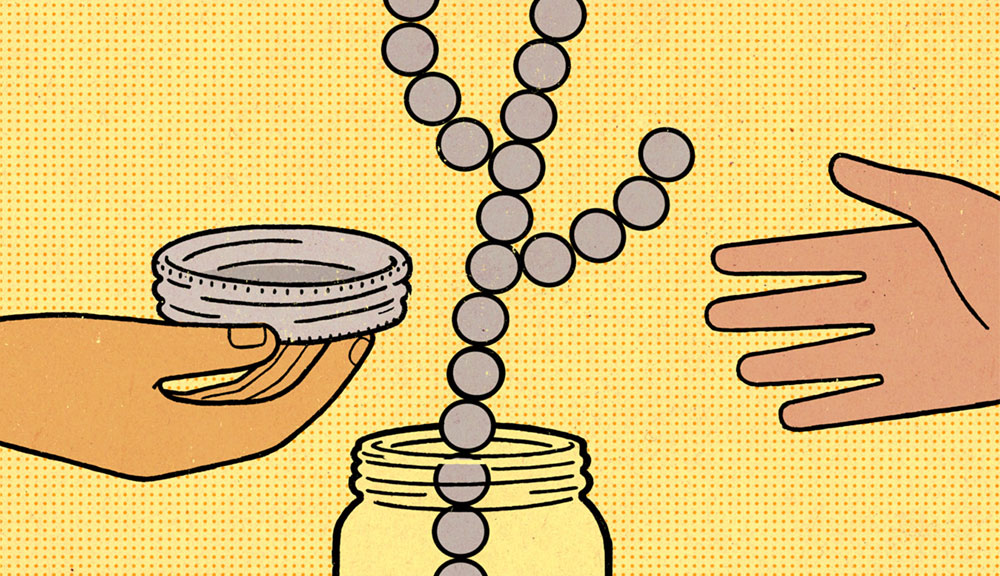 Taking the Challenge of Alumni Involvement

Anna Civitarese ’15 has a lot on her plate. She’s in her first year of graduate school at Brown University, working toward a master of public health degree. When not in class, she interns at the Rhode Island Department of Health in the Infectious Diseases Division. And on weekends, she works as a banquet server to support herself.

But she still made time to return to WPI for Homecoming last fall, because she wanted to catch up with friends and see what’s new on campus. And recently, when she spotted a young woman wearing a WPI sorority sweatshirt at her gym, she introduced herself. After discovering the woman was a first-year student on winter break, the two chatted about the joys and challenges of a WPI education, and Civitarese gave the student some tips.

Her involvement with WPI, even after graduation, is part of her plan to give back to the school she says did so much for her.

“There’s an age-old concept—don’t forget where you came from. Don’t forget who helped you along the way,” says Civitarese, adding that without a Foisie full-tuition scholarship, she would not have been able to afford a WPI education. “It’s very easy to get wrapped up in the next part of your life after graduation,” she says. “But a lot of us wouldn’t be where we are now if it weren’t for alumni involvement.”

Phil Ryan ’65, chair of the WPI Board of Trustees, former interim president, and WPI donor himself, says that at his 50th reunion last year he reflected on his and his classmates’ engagement with WPI over the last half century.

He realized that alumni involvement comes down to “time, talent, and treasure, and those resources ebb and flow as one’s responsibilities and resources change over a lifetime.”

“Young alumni often have more time than money to give to their alma mater. The important thing is to stay involved and make a habit of giving what you can when you can,” he says. Ways to participate include mentoring, sharing technical expertise, career advising and networking, and returning to campus for events, in addition to contributing to the Annual Fund.“Get in the habit of giving something, follow WPI, continue your engagement with WPI, and not only will the rewards be enormous to you, but you will be invaluable to WPI as an ambassador for our great university.”

Grania VanHerwarde ’15, an analyst for a small financial consulting firm in New York City, says she’s already reaping the benefits of alumni engagement. Having moved to New York knowing virtually no one, she’s made new friends and business connections there by reaching

out through the WPI Alumni Directory and attending alumni social events. And, she’s kept up with old friends and what’s happening on campus, in part, by attending Alumni Weekend for her zero-year reunion.“I used to volunteer at Alumni Weekends when I was a student, and I thought it was the best thing ever,” she says. When she returned as an alumna, “It was like being back in college again for the weekend.”

In addition to attending events, VanHerwarde and Civitarese say they plan to contribute to the Annual Fund regularly, even if it means making small donations at first. As members of the 2015 Class Gift Committee that raised more than $30,000 with participation from over half the class, they understand how small donations from a lot of people can make a big impact.

VanHerwarde and Civitarese are now part of a committee spearheading a Class of 2015 Challenge being offered by Ryan and WPI trustee and loyal donor Stu Kazin ’61, who will match any gift to the WPI Annual Fund made by members of the Class of 2015 before June 30, 2016. Up to $10,000 in matching funds is available. The sesquicentennial class demonstrated such a commitment to philanthropy as seniors, Kazin explains, that he and Ryan wanted to find a way to encourage their giving as new alumni.

“In early days after graduation, young alumni say they can’t afford to give anything because of their student loans. Or they think a small gift won’t make a difference. So we explain that we appreciate any gift at all, and we emphasize participation rather than the dollar amount,” Kazin says. “Studies show that if you get younger alumni involved and caring about their alma mater, you have them for life.

We want to foster that kind of philanthropy.” VanHerwarde and Civitarese hope their class and other young alumni will continue that legacy of giving back.“Don’t forget all the people who came before you and made WPI great, and how you can be a part of that,” says Civitarese. “Financially isn’t the only way; there are many ways to contribute to the greatness of WPI—be present, be a mentor, connect through the WPI network or career programs.”