In 2011, when the daily news was filled with photos from Beijing of citizens garbed in face masks to protect against life-threating air pollution, President Obama’s new appointee to the Environmental Protection Agency flew into town. It was the first visit for Gina McCarthy, who was then Assistant Administrator for the EPA Office of Air and Radiation.

The whole world was watching, and a bevy of dignitaries and consultants were on hand to guide her through the visit. Among them was Christopher James ’78. In addition to his official duties—which included developing McCarthy’s agenda for meetings with high-level officials, and preparing briefs on technical data—James and a colleague smuggled the soon-to-be EPA chief out of her air-conditioned five-star hotel, away from the eyes of the media, for an early morning bike ride through the city’s hutongs (ancient back alleys). Her unofficial tour, astride a borrowed one-speed bicycle, included food markets with live frogs squirming in moist bins, local beer at the city’s brew pubs, plus a stop here and there for a pickup game of streetside ping-pong.

“I wanted to show her the real Beijing, which she wouldn’t see in her tightly scripted agenda,” James says. It helped that the two already knew each other well—she’d been his boss in his previous post with the DEP in Connecticut.

That kind of junket isn’t a part of James’s typical task list in his job as Principal, China Programs, for the Regulatory Assistance Project (RAP). But it’s totally in line with the independent, non-partisan, NGO’s ethic of finding flexible, responsive ways to help governments around the world set sound, sustainable energy policy.

James has been traveling to China from his home in Tacoma, Wash., a few times a year for over a decade. The 2011 mission stands out as more than just a lark. It marked the beginning of a dramatic turnaround in Chinese environmental policy: the government stopped denying its “crazy bad” air quality and made a public commitment to address it.

HOW A MECHANICAL ENGINEER LEARNED TO RAP

James had worked with RAP before he became part of it. He was recruited from his DEP post, where he managed air planning and energy programs for the state of Connecticut back in 2007. “At the time, China was a blank canvas,” he says. “Think about the wildest, most innovative idea you’ve ever had in your life—it doesn’t matter how crazy someone in the U.S. might think it is. Multiply it by a factor of 10, and you’re just getting into the ballpark of the type of approach you can take in China. It was really an exciting, fascinating place to start working in.” 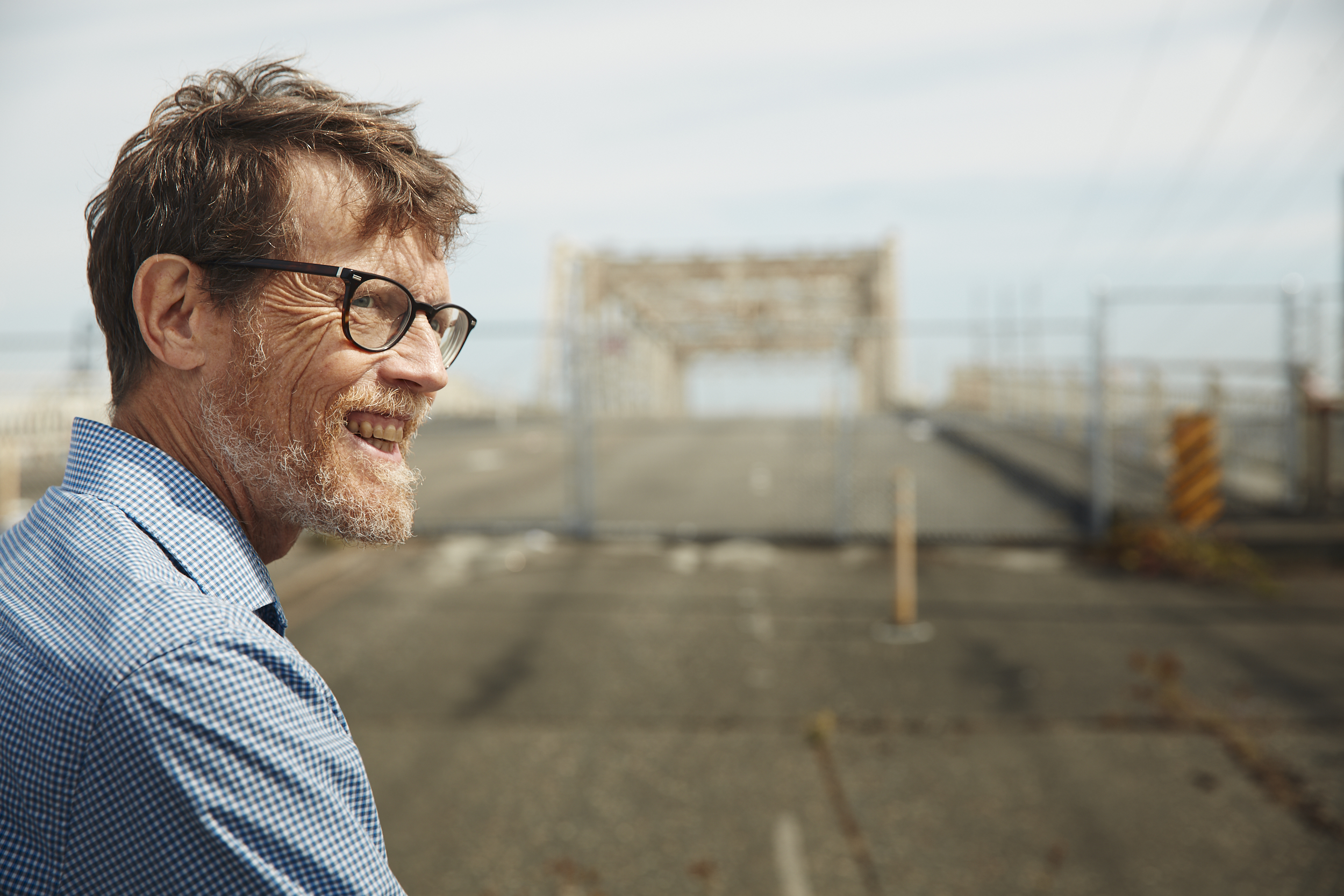 These days, he says, “There’s no such thing as a climate change denier in China, where the air quality is so bad that people are dying, literally.” When James arrived in Beijing near the end of 2011, the government was loudly disputing the accuracy of the U.S. Embassy’s “beyond index” measurements of PM 2.5 (particulate matter finer than 2.5 microns, which causes respiratory damage). He compares the turnaround that occurred in those weeks with Gina McCarthy to the early steps of a 12-step program. “First they denied there was a problem; then it was like, OK, there’s a problem, but it’s not our fault.” (Blame was usually laid on the industrialized western nations.) By the end of that visit there was open acknowledgement of the air quality problem, and a public commitment to install monitors, set standards, and devote national resources to solutions.

Today, China has even stricter air pollution policies that hold public officials personally accountable for failures. James helped draft the new laws, which were adopted by the National People’s Congress.

Wherever his work takes him—from Asia to Europe and throughout the United States—James carries several “passports” that give him credibility in the universe of government regulators. The first is his WPI degree in mechanical engineering. “We can talk geek if we have to,” he says of himself and most of RAP’s staff. “It engenders trust; people say, ‘OK this guy is not just some policy wonk,’ because they see that we actually understand how things work.”

Being a policy wonk helps too. All RAP’s senior associates and principals have held posts as energy and environmental regulators—or, as they like to point out in presentations, “We have been you.” James explains, “We understand the political dynamics they face, and the pressures from the public. We’ve dealt with legislatures and courts, and we can recommend pathways for implementations and enforcement.”

On top of that, he brings a devotion to the environment that dates back almost five decades, to the first Earth Day. A devoted Boy Scout, who was a card-carrying member of a local Audubon Society chapter in childhood, James came to WPI in the mid-’70s with a vision of working in solar energy. “Back then there was just this nascent idea about solar and photovoltaics, and the concept of generating electricity from the sun was still very, very ‘specialized’,” he notes.

The newborn WPI Plan let him delve deep into that emerging specialty. His IQP took him all over New England to evaluate existing solar water heaters. His MQP delivered a low-cost thermal solar unit with a parabolic reflector that could be pulled on a wheeled platform. “It got the temperature up more than hot enough for dishwashing,” he says with pride. “We thought it could be useful in places where hot water, or even electricity, was a luxury.”

A decade later, environmental studies had bloomed as an academic field. James’s MS from Brown University was fully funded by the EPA, under an arrangement similar to ROTC. His thesis measured airborne pollutants from medical incinerators, including mercury and particulate matter. It helped set new standards for cleaner disposal of medical waste. Today he’s working on a wider scale to help policymakers find clean and efficient ways to power the world.

Underlying RAP’s work is the principle that energy and environment are inextricably linked. “Efficiency triggers so many other possibilities and has so many other benefits,” James says. RAP literature speaks of a “layer cake of benefits,” topped with “feel-good frosting.” He points out that improving energy efficiency not only lowers bills for consumers—it can also improve health (through reduced emissions) and the local economy (by averting the need to build additional generators and transmission lines). “We’ve got to talk about cost, because cost matters. Consumers matter. Somebody’s got to pay the bills, whether it’s people like you and me, or businesses.”

His grounding in looking for creative ways to solve multiple problems, rather than pitting them against each other, goes back to the WPI Plan, James says. His work in the humanities—he studied composers of the Romantic period—and Professor Bob Wagner’s WinterSession mountaineering expeditions shaped his world view. He was taken all the way back to his engineering roots recently when problems arose in an air pollution monitoring system in China. “I opened my Fluid Dynamics text from WPI. That scraped some of the rust off the brain! Even though it’s from the 1970s, the basic equations—laminar flow, turbulent flow, heat transfer—are still the same.

“It helped me engage in a pretty detailed engineering consult about what was required to get those electronic precipitators installed and operating,” he says,” adding, “It’s not enough just to put a control device in, you have to make sure they’re all operating and maintained so they’re working properly. That gets into a lot of engineering principles.” 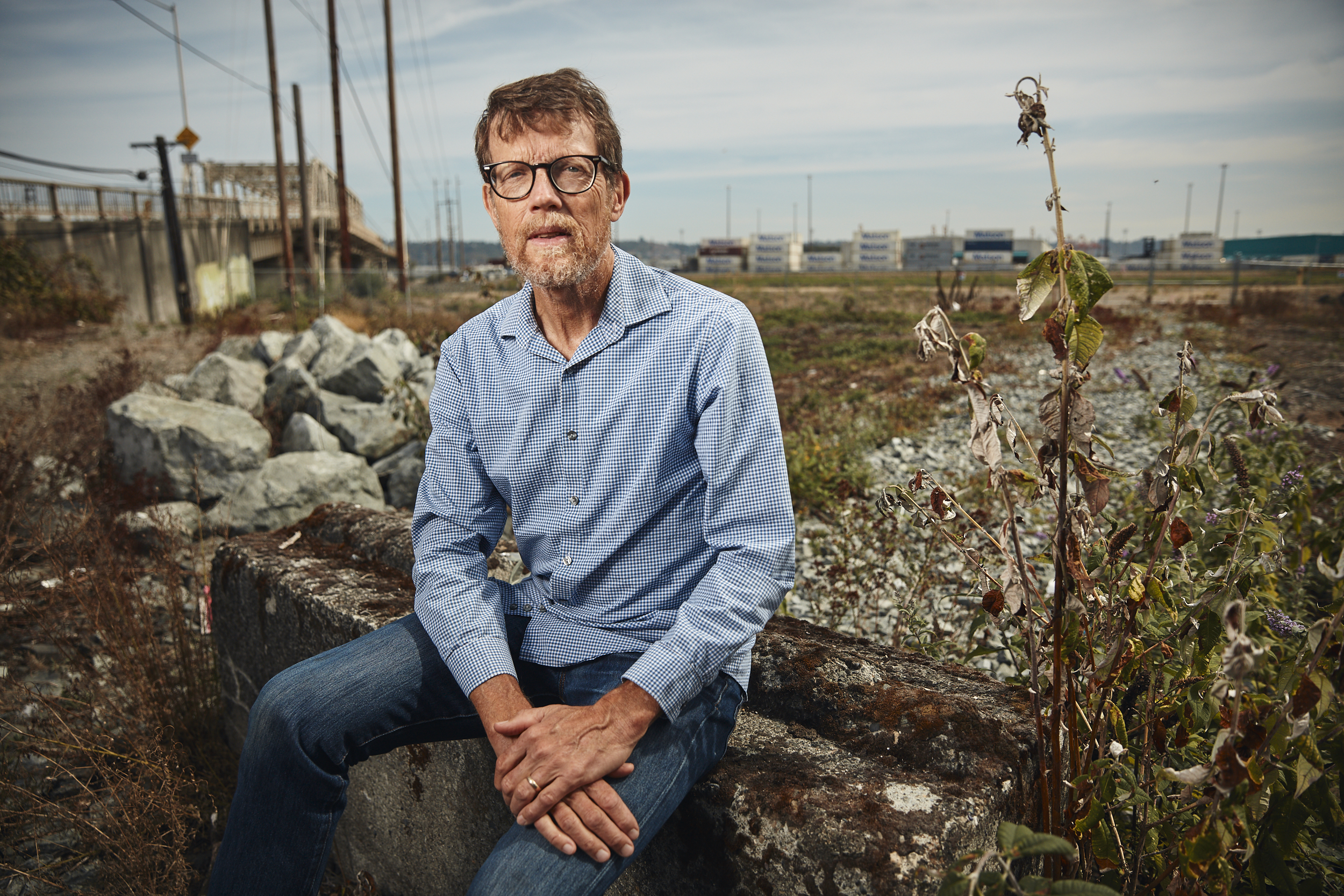 Although he’s had some formal training in negotiation and mediation, much of those skills were learned on the job. Making good policy—and adapting it locally—takes good listening and sensitivity to the local ethos. For example, when working on an air quality plan in Krakow, Poland, James says that leaders there looked up to China as a role model. Mentioning Germany’s good work on those issues was not good strategy, because of leftover sentiments from World War II.

“Before we go into a venue,” he says, “we do a lot of background research on what’s been done before, what worked, and what didn’t. Once we decide to go in, we’re there for the long term. We work for as many weeks, months, or years as it takes to address their problem. It’s not enough just to get a law on the books. You also have to make sure the government can implement and enforce that law. Unless you do, you have no guarantee that that law will meet its objectives.”

A relatively new domestic project for James, funded by the Robert Wood Johnson Foundation, looks at economic injustice in the energy sector. For example, utility companies’ fixed rate structures can unfairly impact low-income customers. Poorly insulated rental housing with cheaper, less efficient appliances can deny savings accessible to wealthier customers. RAP is also looking at ways to bring doctors and other healthcare providers into the conversations, because the environment is an important component of wellness.

The holistic philosophy—and the vibe—of RAP suits him well. “It’s a fun place to work, people are jazzed,” he says. “When we gather from all over the globe for meetings, we stay up late and play music together.” Likewise, he embraces the quality of life in the beautiful Pacific Northwest, where he works from home and gets around by bike as much as he can. His house—almost 100 years old—is topped with 12 solar panels. “Even in cloudy western Washington, we generate more electricity than we use.”

Pointing to the growth of innovative utility programs that reward customers willing to help optimize load, and his own “seamless” experience with renewable energy, James says. “Some people still have a perception that there is a sacrifice [to energy efficiency], but there isn’t. At RAP we think in terms of entire systems and all the benefits. I’m happy that my WPI education laid an excellent foundation and world view of how things work, and how to apply that knowledge to help people live better.”