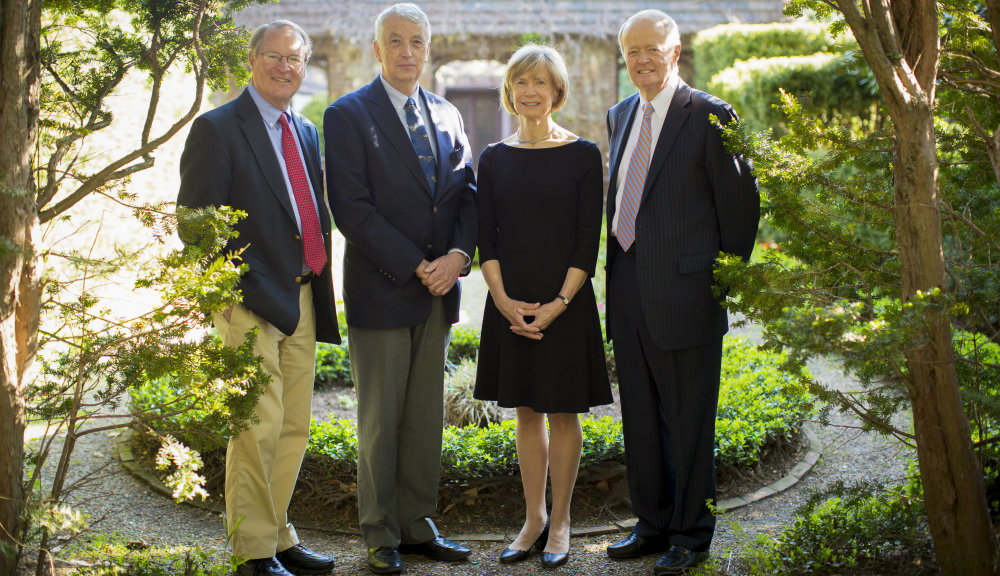 With the successful completion of the George I. Alden Trust Challenge, WPI alumni and donors recently showed loud and clear just how much WPI’s distinctive approach to project-based learning means to them.

In a remarkable show of philanthropy and support for WPI’s mission and vision, alumni met the Alden Trust Challenge to fund the Foisie Innovation Studio, guaranteeing future generations of students a physical home for project-based learning where creativity, collaboration, and innovation will flourish.

When WPI alumni were invited by the Alden Trust to raise $9 million in 18 months for the gift of an additional $3 million from the Trust, they didn’t hesitate. That $12 million is now added to the $6 million previously raised to support the building through if…The Campaign to Advance WPI, the university’s most recent campaign that raised $248 million against a $200 million goal.

“We hope to see the lights on around the clock, so to speak, with faculty and students hard at work, sharing knowledge, excitement, and new discoveries,” says President Leshin. “We believe that this will truly be a hub of activity where any WPI community member, and especially our faculty and students, will find like-minded creative, smart, engaged, and energetic people working on ways to better our world.”

WPI students live and breathe theory and practice, the foundations of project-based learning. No one knows better than alumni the life-changing impact of projects, which for years have often been completed in less than ideal spaces (like kitchen tables or dorm floors).

“The Alden trustees were very pleased to see that alumni responded at all levels,” says Warner Fletcher, chair of the George I. Alden Trust, established by WPI’s first professor of mechanical engineering and now one of Worcester’s most venerable philanthropic institutions. “WPI certainly put the pedal to the metal to meet the terms of this challenge.”

Soon work for an Interactive Qualifying Project, a Major Qualifying Project, or a humanities and arts project will be done in a dedicated, common space. In addition, the Foisie Innovation Studio will house a center for innovation and entrepreneurship, classrooms for the Great Problems Seminar, a robotics lab, maker space, and a Global Impact Lab.

“The Foisie Innovation Studio will be the home for project-based learning,” says William McAvoy, vice president for university advancement, “but it isn’t the building itself, but what’s going to happen inside the building that really has motivated people.”

As a community, WPI presented a unified front. Prior to the challenge grant, $6 million was raised from 250 donors. Since the challenge began, alumni stepped up and 1,300 donors— some first-time donors and some who hadn’t donated in years— brought in the necessary funds to ensure success.

“The Alden Trust Challenge gave us a unique opportunity to engage donors in a new way, around a common goal for an exciting purpose,” says Leshin. “We held our first-ever Giving Day, which engaged not only alumni, but also faculty, staff, and students.”

The Alden trustees appreciated the Foisie Innovation Studio’s simultaneous connection to WPI’s history and future. “Of all the things within the larger ‘if…’ campaign, this facility was closest to the academic thrust of the institution from its founding and its reaffirmation when WPI adopted a project-based curriculum

40 years ago,” says Fletcher. “This facility is critical to fulfilling WPI’s mission.”

The Trust’s endorsement and confidence boosted the fundraising effort for the facility. “The Alden Trust has long been a generous and enthusiastic supporter of WPI,” says Leshin. “It brings a level of respect and authority around philanthropy that inspires others to give. Its leadership was a tremendous inspiration to many of our trustees, as well as other community members, to dig a little deeper. The Alden Trust’s support of the project gives it a certain ‘stamp of approval.’ That external validation of the project is very important.”