George Davagian ’68 honors his family heritage and WPI family legacy through his philanthropy George Davagian Jr.’s roots are deeply embedded within WPI. In a span of 35 years, he, his father, and his uncle graduated with engineering degrees from the place Davagian affectionately refers to as Worcester Tech.

George says the family legacy began with his grandfather, Sarkis Davagian, who escaped from Armenian in 1898, in a time of great violence and upheaval. Coming to America at age 15 with only the shirt on his back and haunting memories of the horror he witnessed, Sarkis later married a woman of Armenian descent and set up a small farming operation. With their meager earnings carefully cultivated, they were able to send their sons, George and John, to WPI for $500 per year—a rather substantial sum in the 1930s.

“My grandfather worked all the time. He wore dungaree overalls every day of his life,” George recalls. “My grandparents came over from the old country and started from scratch.”

“My father was the greatest influence on my life for his work ethic and honesty,” says George “Uncle John was a close second, having worked closely with him for 25 years and learning his vast knowledge of the heavy/highway construction business.”

RETURNING THE FAVOR
George recalls with fondness his college years, which included a proud role as president of Sigma Phi Epsilon fraternity. “I will always be grateful to WPI,” he says, “not only for my education but for the friendships of classmates, fraternity brothers, and professors in a close-knit supportive college community.”

In celebration of his gratitude, George recently established the Davagian Family Global Project Center Fund. The fund will provide financial support for WPI’s Armenia Project Center in Yerevan, the administrative, cultural, and industrial center of the country.

While serving on his class’s 50th Reunion Committee this year, George spoke with a student who worked on an IQP, “Improving Eye Care Delivery Through Data Sharing Technology,” which was completed at the Armenian Project Center and went on to win a coveted President’s IQP Award earlier this year.

Katharine Dunphy ’19 told him that “the Armenian people were welcoming, warm, and thankful for the projects undertaken by the WPI students in their country,” he recalls. “I wish to applaud co-founders 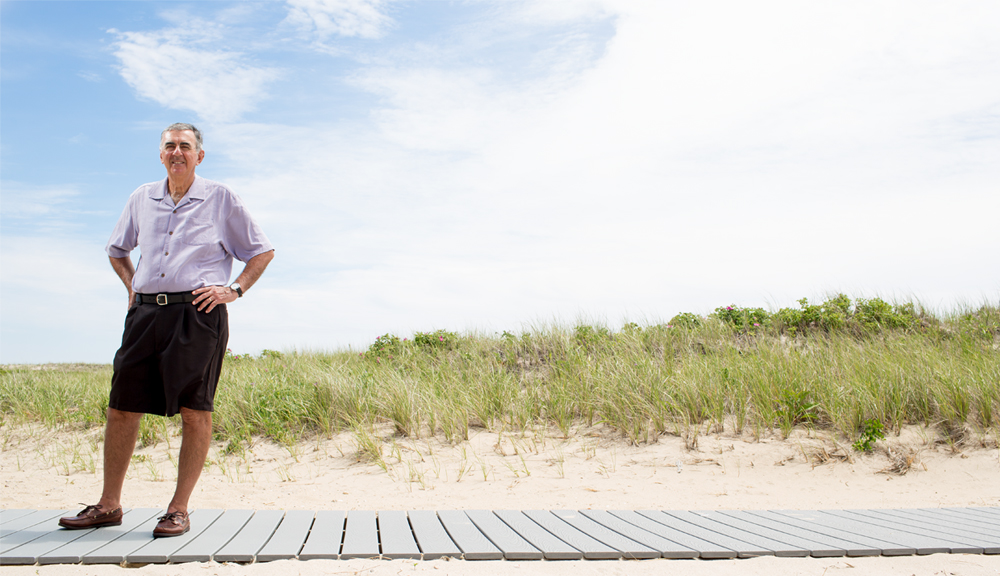 Professor Diran Apelian and Mike Aghajanian ’80 for their insight in establishing the Center. With our gift to WPI I hope the Armenia Project Center will continue to help the people of Armenia.”

Through this gift, George Davagian honors both his family legacy at WPI and the family’s heritage and continued connection to Armenia. “I believe my grandparents would be proud of our donation to the country they were forced to leave during a dark time for the Armenian people,” he says. “This is a good way to help out their native country.”