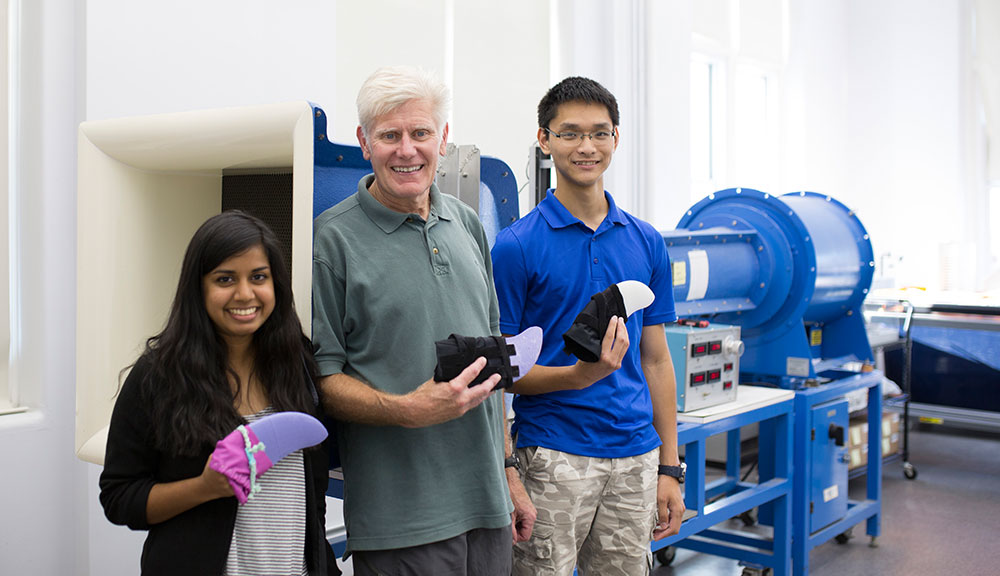 What do engineering and aeronautics have to do with helping endangered sea turtles?

It’s a classic tale of WPI students on a mission to find a topic for their MQP that would have a lasting impact.

A Kemp’s ridley sea turtle living at the Key West Aquarium, Lola was struggling without her right front flipper. It had to be amputated after she was found in the wild with fishing line wrapped around it so tightly that it was cutting off circulation. Without her flipper she was barely able get around and would often injure herself swimming into the edges of the pool.

Unfortunately, it’s common for sea turtles to lose limbs if they’re entangled in fishing gear, hit by boats, or attacked by predators. It’s a threat to these already critically endangered creatures, as the disabled turtles are unable to feed themselves, mate, or reproduce.

By creating a biomimetic prosthetic flipper for Lola—the first of its kind—the group hopes to inspire the creation of an adaptable version to help more sea turtles.

The students’ respective majors, while seemingly unrelated to sea turtle anatomy, provided an optimal combination of skills for the project. Wong perfected the aerodynamics of the fin; Varela designed a way to attach the prosthetic; and Liang ensured that Lola could generate enough force to operate the prosthetic in water. They used low-cost materials and 3D printing to create the fin with silicone.

Wong and Varela traveled to Key West in September to fit Lola with her new flipper. Lola adapted to it amost immediately, swimming swiftly and smoothly. Greg Gerwin, curator at Key West Aquarium, says, “With her flipper missing, Lola would only swim in circles, which caused her a lot of discomfort during feeding. And it was sad to watch her not moving around much or just sitting at the bottom of the exhibit, because sea turtles normally can move so gracefully. Now, with her prosthetic, we have hope for Lola.”