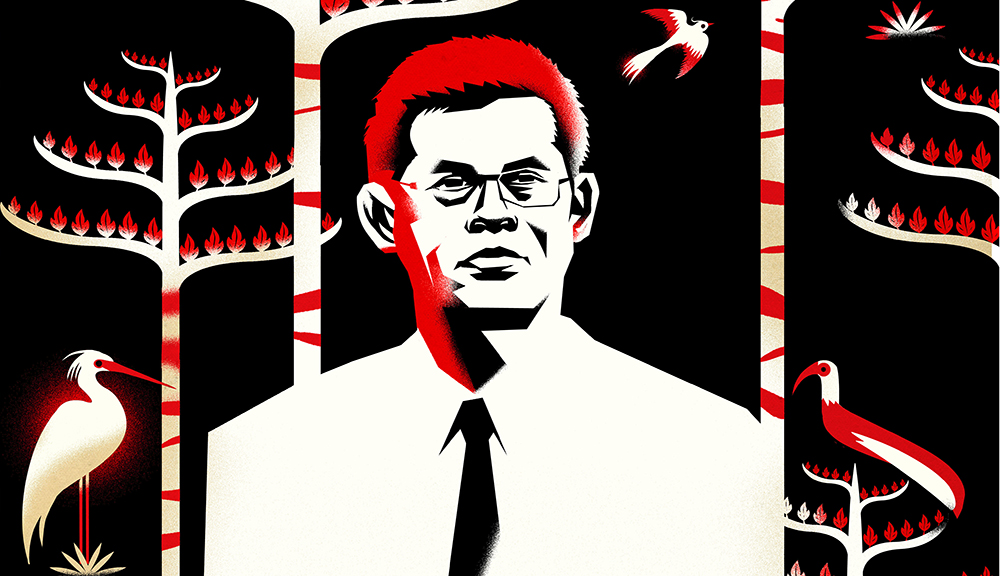 Almost a half century before Thailand’s first certified fire protection engineer was born, the Triangle Shirtwaist factory in New York City went up in flames.

On March 25, 1911, a fire within the top floors of the 10-story Manhattan building took the lives of 146 garment workers, including 123 women; most of the victims were young immigrants toiling to make women’s blouses.

It remains one of the worst industrial fires in world history. But eight decades after that tragedy, as his own country had reeled from several fatal workplace fires, Pichaya Chantranuwat ’01 (MS FPE) wondered at the way history repeated itself. 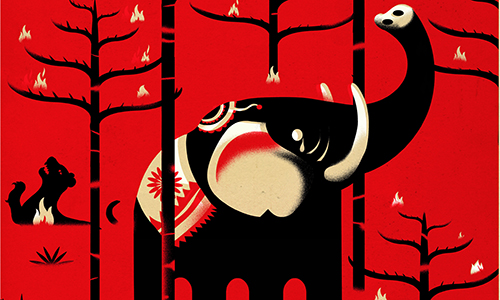 “[The] fires were the same lesson being learned…years apart,” he says.

The tragedies in Chantranuwat’s home country were worsened in ways eerily similar to those that contributed to the Triangle factory’s horror—most egregious being locked exit doors that kept workers from taking unapproved breaks, making it harder to flee the flames.

An electrical engineer by trade and training, Chantranuwat had a working understanding of portions of fire protection and codes, which were wholly inadequate in Thailand at the time. He noticed other issues in Thai industrial fires—for example, fire exits appeared in building plans but were never constructed, and many buildings’ reinforcing steel girders were left uninsulated, causing them to collapse when exposed to extreme heat.

If anticipating problems before they occur is one of the hallmarks of the engineer, Pichaya Chantranuwat was born to the profession. And as the rolls of those killed by fire in his country grew longer, he asked himself the elemental question: Why?

He used the loss of life and property as motivation to delve deeper into Thai building and fire codes, and then to compare them to the existing standards in the United States and elsewhere. The answer was clear.

In a stroke of serendipity, shortly after a particularly horrific fire in the early 1990s, he collaborated with a team of Swedish fire prevention and protection experts to analyze and improve conditions at Bangkok’s main port.

Chantranuwat was already well-versed in many guidelines of the National Fire Protection Association (NFPA), a U.S.-based trade organization with international reach that, among other things, provides standards and codes for fire protection and prevention. His work at the port, combined with his visceral reaction to the fire-based tragedies in his homeland, pressed him into a deeper examination of local and national regulations in his own country.

His work eventually led him to become Thailand’s first certified fire protection engineer, tasked not only with setting up the first graduate program in FPE at Kasetsart University in Bangkok, but also with helping develop some of the country’s nascent building codes.

A married father of four, Chantranuwat was born in 1960 in Chonburi Province, which, perched on the Gulf of Thailand, is home to one of the country’s busiest deep-water ports and the famous Pattaya Beach. 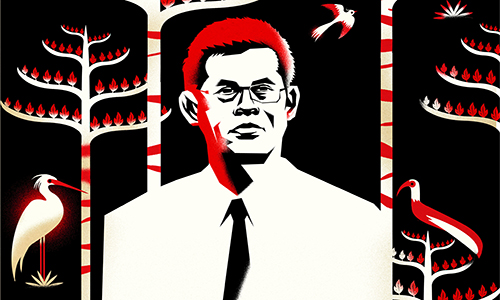 He attended Assumption College Sriracha through middle school before heading off to Bangkok for high school and college. In 1983, he graduated from Ladkrabang College at King LadkrabangFullFire Mongkut’s Institute of Technology with a bachelor’s degree in electrical engineering.

Thanks to his work with the Swedish team at the port, and on projects elsewhere, his skill and expertise was acknowledged with a royal appointment to the Engineering Institute of Thailand, where he developed a Thai fire protection standard in 1996.

Inspired by the work, and seeing a national need that wasn’t being adequately addressed—and with the immense loss of life in recent industrial fires on his mind—Chantranuwat created Fusion Fire Safety in 1996.

Initially known as Thailand Risk and Fire Protection Engineering Consulting Services, the company was the first of its kind in that country.

In the subsequent 20 years, Fusion Fire Safety has lent its fire protection engineering and design review services to a variety of major projects, including the new Thai Parliament building, the Thai stock exchange building, several hospitals, numerous high rises and factories, an airport terminal, a dormitory for the 2005 Asian Games, and scores of elevated and underground rail platforms.

The company offers services in all phases of building development, from concept and design,

“In 2015 there was a major fire in the head offices of one of the country’s top three banks,” he says. “I was immediately called in to investigate the effectiveness of the fire protection systems, including pressurized fan systems for the stairways, automatic sprinkler systems, aerosol fire protections, [all the elements] that created the huge amount of water damages and downtime.”

Up to the Challenge

In 1999, through two of his professors in Thailand, Chantranuwat learned about WPI’s pioneering graduate program in fire protection engineering, led by now-emeritus professor David Lucht, who became the program’s first full-time director in 1978. WPI was the only university to make its FPE graduate program available via distance education.

Chantranuwat says he loved the fact that he could take advantage of one of the world’s best fire protection engineering programs while being able to undertake half of his studies at home in Thailand.

Of all the things the program prepared him for, one of the most important was the way it allowed him to anticipate future challenges, as new building materials and processes stretch the current protection technology.

“I am thinking that we will see hundreds of super-tall buildings in many major cities in coming decades,” Chantranuwat says, when asked about the future state of the industry. “Vertical evacuation or relocation, vertical emergency response, and other ‘gravity concerns’ are going to be increasingly challenging.”

He believes more effort needs to go into developing distinct fire codes for these super-tall buildings (including setting a standard definition for the term), as the fires and fire suppression in these structures will unfold in ways not seen in most other structures.

“Imagine the water damage a hundred floors below if a sprinkler gets activated or a fire hose intervention takes place on the 140th floor,” he says. “The risk-based or performance-based design in fire safety must be clearly expressed in the building code for super-tall buildings or other complex buildings.”

Chantranuwat also believes fire protection and building security consoles and panels need to be integrated into one unit, which would allow for more reliable fire safety and alarm systems.

The Heat of Innovation

Fusion Fire Safety is one of only three companies offering fire protection consulting services in Thailand throughout all phases of building design, construction, and maintenance. The other two have close ties to Fusion and Chantranuwat—one is staffed by former students of the FPE program Chantranuwat started at Kasetsart University, and the other consists of former Fusion employees.

“Fusion Fire Safety is the first company to provide [these services] in the country,” he says, “so it is good to provide a variety of services in order to catch [clients’] attention.”

“If architects and developers continue to [create] new innovations in building configuration and decoration, the fire protection profession [has] endless [options for growth],” he says. “Future challenges in fire protection features to protect life and property, or to offer business continuity, all depend on the new ideas and innovations of mankind.”

Chantranuwat also believes that in a decade, so-called performance-based design will be a common tool in many countries to solve the fire risks in various kinds of buildings.

A tool already widely accepted in other engineering disciplines, performance-based design aims to ensure that no matter what thing is being designed—whether it’s a bridge, or an HVAC system—it achieves specific performance goals in specific settings.

In fire protection engineering, where this sort of design theory was adopted only recently, performance-based design might address such issues as how to keep smoke away from occupants long enough for them to safely evacuate a building, or how fires might be prevented from proceeding to flashover, a state where nearly every piece of burnable material combusts simultaneously.

Chantranuwat also says he believes that new fire codes will promote the development of safer and more affordable building materials.

“The fire-testing laboratories, and independent fire protection engineers as third parties, will play significant roles in the profession,” he says.

Despite the progress Chantranuwat and Fusion Fire Safety have made in recent years, there is still much work to be done.

Since the factory fires that inspired him to become a fire protection engineer, Chantranuwat says many “active” protection systems like standpipes [which firefighters can use to fight high-rise fires], sprinklers, and pressurized fan systems [to ventilate and clear out smoke] have been adopted into the new Thai fire codes.

Chantranuwat is concerned, however, about the lack of “passive” features.

“Passive protection measures have been [largely left out]—things like fire compartments, fire stops, opening protections and [fire-resistant] materials used [in construction],” he says. “So, now new buildings in Thailand have very good fire protection systems in place, but lack fire barriers to prevent fire and smoke spread, and use a lot of poor foam plastic insulation and highly combustible materials [in construction].”

More frustratingly, Chantranuwat says that even in some recent buildings erected under newer fire codes, maintenance is often shoddy, or nonexistent.

“We found that many new establishments with good fire protection systems do not properly maintain them, including regular testing as required by NFPA standards,” he says. “This will be a challenge in the coming decade.”

Ultimately, Chantranuwat suggests, the cure for what ails fire protection in Thailand is education, and a kind of continued evangelism for the profession.

“We cannot compare to the U.S.,” he admits. “I’ve spent 20 years trying to alert and share my expertise with our local authority engineers in many government departments, who mostly are civil engineers.”

The learning curve was steep.

“At first, they did not even know about fire compartments, fire resistance for steel structures, fire spread through openings, material—like decorations and furnishings—control, and so on,” he recalls. “Now, though, they understand how these particular issues are very important in building fire safety. We are now developing our local building codes under nearly the same basic knowledge.”

Sometimes, though, the pace can be frustrating.

“The changing process is very slow and not always consistent under government processes,” Chantranuwat says.

The evolution of the profession in his home country leaves Chantranuwat feeling optimistic.

“This is a good sign,” he says. “We can be better in developing our Thai building code continuously, and improve our buildings so they are more fire-safe in the future.”