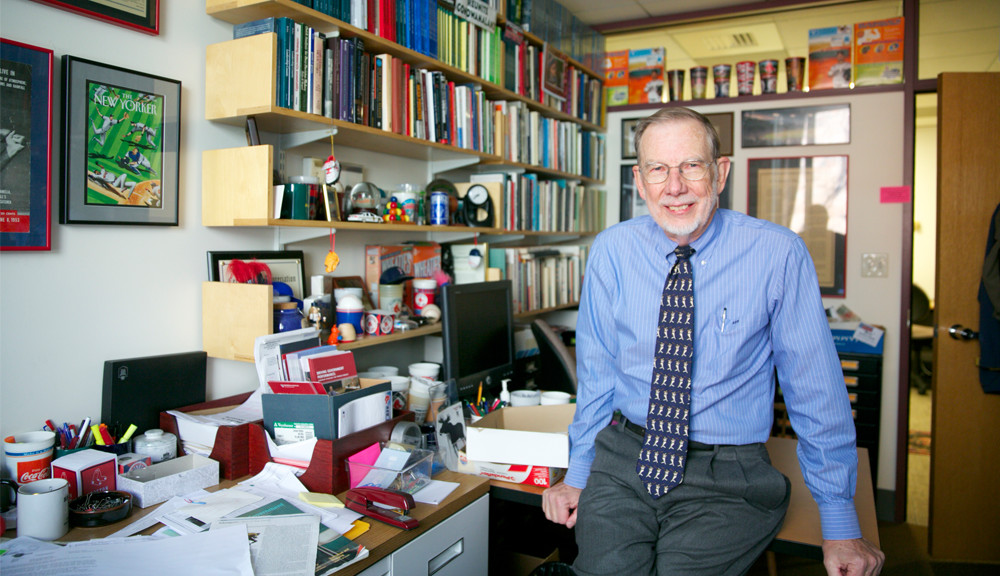 In the field of performance management, Bob Behn ’63 is a player and a scholar

When Bob Behn steps up to the podium to plug his course at Harvard’s John F. Kennedy School of Government, his opening pitch is a curveball. “My name is Bob Behn and my course is the most important course at the Kennedy School.” Next, he acknowledges that his colleagues hold the same belief about their courses, “But they are wrong.”

What are prospective students supposed to make of this audacious assertion? Behn quickly enlightens them: A course taught by a professor who doesn’t believe wholeheartedly in its importance is not worth taking.

Behn’s work—as an academic, author, management consultant, and sometime baseball pundit—is liberally sprinkled with audacious assertions, provocative questions, and vexing contradictions. He delights in poking holes in conventional wisdom. Failure has to be an option. The annual performance appraisal actually shelters poor performers. Don’t shoot for the stars—aim for ratcheting up performance in manageable increments.

To fully appreciate his point of view, there are two things you should know about Robert Dietrich Behn:

To reach him, you’ll need to type “redsox” before the @ symbol. His voicemail promises to return your call “when the Red Sox win the World Series again.”

What do subatomic particles and baseball have in common with the management of a public organization? There’s no snappy punchline here. There’s just the mind of Bob Behn, who brings an engineer’s eye, a physicist’s spirit of inquiry, and a sports fanatic’s passion to every question he encounters. Drawing from familiar scenarios, he weaves together memorable analogies to fashion elegant explanations of hard-to-articulate management principles. His teachings and writings on performance management prepare the leaders of tomorrow to run government and nonprofit agencies in a way that mobilizes workers to produce results.

To illustrate his theories about management, Behn frequently reaches back to his roots as an undergraduate physics major. Quarks, chaos theory, and Robert Goddard become engaging metaphors in Behn’s writings. 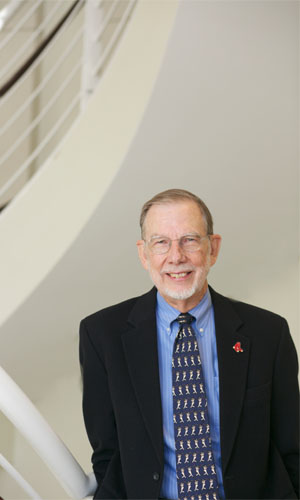 WPI surfaces in the second footnote of a 1996 paper he published in the Journal of Public Administration Research and Theory, or J-PART. He cites WPI as “a very practical place” that got him interested in taking on practical questions. In an earlier paper, he describes how physicists postulated the existence of the neutrino as a way to describe and predict observable phenomena in the physical world. Management theory, he writes, has a similar need for comprehensible metaphors.

What stood between him and a career in solid state physics, Behn says, was that “at WPI I didn’t distinguish between metaphor and reality. We’re given this idea of the atom that looks like a planetary system, with the electrons orbiting like planets. I got stuck on that, and had trouble moving on to the next level of conceptualization.”

Along with his physics textbook—and an engineer’s drive to understand how things work and how to fix them—he took with him leadership qualities acquired as president of Theta Chi fraternity, editor-in-chief of the 1963 Peddler, and captain of the debate team. “At WPI, I learned how to run a meeting, how to think on my feet, and how to always be anticipating and strategizing about the next step,” he says.

In the late 1960s, while earning a master’s and doctorate at Harvard, Behn underwent two important phase changes:

Behn calls himself “self-educated” when it comes to management and politics. At Harvard, he became connected with the Ripon Society, working his way up to executive director and bringing out his first book, Lessons of Victory, an analysis of Richard Nixon’s 1968 presidential election. He was tapped by Massachusetts governor Francis W. Sargent to serve as assistant for urban affairs, and served as scholar-in-residence at the Council for Excellence in Government in Washington, D.C. For nearly three decades he taught at Duke University’s Terry Sanford Institute of Public Policy, where he was director of its Governors Center.

Believe In The Dream

In 2000 Behn declared himself a “free agent” and returned to Harvard as a senior lecturer. Sitting in his office off the sparkling glass rotunda that anchors the Kennedy School’s Taubman Center, he talks easily of the twists and turns in his journey from the classrooms and labs of Olin Hall to here. “I don’t regret any of it, at all,” he says. The ceiling-high bookshelves are crammed with his publications, and baseball memorabilia covers most of the surfaces.

One frame showcases his full-page article from the Boston Globe (which originally ran in the Wall Street Journal) called “A Professor’s Ode to Baseball.” Behind him hangs a poster autographed by filmmaker Ken Burns (creator of the PBS documentary “Baseball”). Burns teamed up with two baseball luminaries—historian Doris Kearns Goodwin (who described growing up with the Brooklyn Dodgers in her memoir, Wait Till Next Year), and ESPN journalist Peter Gammons—for a standing-room-only forum at the Kennedy School. Who better to moderate a panel discussion on baseball’s place in the American consciousness than Professor Bob Behn? He calls the experience “pure joy.”

Behn takes his baseball scholarship as seriously as his academic discipline. His CV is peppered with articles on the sport for popular publications, but baseball is also the backbone of many of his professional papers. In one, he compares the utility of metrics for both fields; another analyzes the management strategy that successfully brought Jackie Robinson and other players of color into the major league in an era of racial segregation.

“In academia, your writing can get pretty boring,” says Behn. “Drawing from something outside of the way people would normally think about this livens it up. And it gives the reader something less abstract to connect with.”

Sign up for a class with Bob Behn, and you’d better arrive prepared. If you don’t walk into the first class brimming with ideas about the assigned case study, you’ve already struck out. He’ll walk into the room and ask outright: “What should the manager in this case do?” There’s no time for warm-up. His graduate students are only months away from a post at the helm of an organization. The working managers who attend the Kennedy School’s weeklong Executive Education program that Bob chairs (Driving Government Performance) are on a fast track to improve their leadership. And in December, when the nation’s newly elected mayors come to Harvard to up their game before taking office in January, Behn is there in the dugout to coach them.

Although his diploma pre-dates the WPI Plan, Behn’s teaching style is very much practice-based. At Duke, he employed something that sounds a lot like an IQP—loaning out his students as unpaid consultants to tackle policy problems for government agencies, and requiring them to turn in a professional report to their “clients.” His students are forewarned that they will be asked to do three things they may dread: think, write, and collaborate.

At his 40th reunion, Behn noted that most of his classmates were already retired, with two exceptions: those with their own businesses, and the academics. Today, at 74, when he’s not teaching or researching his eighth book, he’s busy fielding speaking engagements and requests from journalists, and trying to convince his wife, Judy, that he actually has cut back to part-time.

“I think, when I die I still won’t have exhausted my file of ideas for columns,” he says, referring to his online “Bob Behn’s Performance Leadership Report,” which for a dozen years has been serving up bite-size nuggets of practical wisdom. If everyone just used their common sense, would they need all that guidance? “The simple answer is that common sense is not that common,” replies Behn. “Each of us brings our own experiences and our own preconceptions. A standard preconception about management is that people give orders and things happen. In reality, people may not behave in the way you predict.”

In Behn’s elegant universe, public management is like engineering—an ideal combination of art and science.