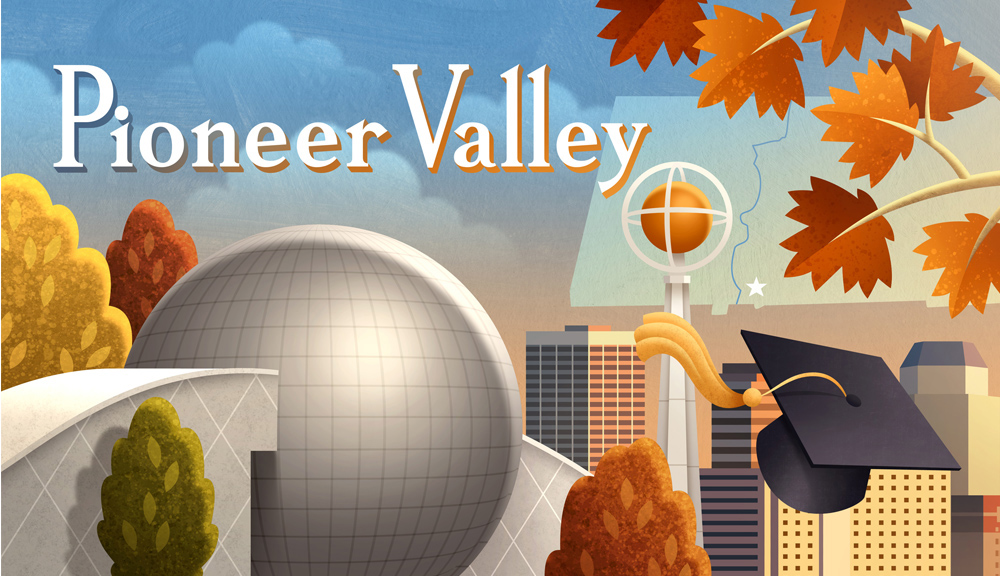 When Kevin Sweeney left the private sector to join the Foisie Business School in 2012, it didn’t take long for him to notice an opportunity to apply WPI’s project-based learning model to the socio-economic issues in the region where he used to work.

WPI had project centers in Boston and Worcester, but not in the state’s third-largest city, Springfield. And while that region’s dozen or so colleges and universities regularly place interns at area employers, none offer WPI’s faculty oversight and structure.

“There was nothing being done like what we could do at WPI,” Sweeney says. “So, the first thing we had to do was dissuade [potential partners] that this was an internship that requires work of the sponsors. What we offer is more like a consulting model.”

Sweeney, professor of practice and area head of finance and accounting in the Foisie Business School, spent nearly two decades as a senior executive at MassMutual Financial Group in Springfield. He is well-versed in the issues affecting the Pioneer Valley, a mix of urban, rural, and suburban communities in western Massachusetts. Throughout his career, he was involved in economic and community development efforts in the region; before coming to WPI, he served as interim CEO of the nonprofit DevelopSpringfield.

Jay Minkarah, who replaced Sweeney as president and CEO of DevelopSpringfield, embraced the idea of partnering with WPI students on his organization’s revitalization initiatives. A project center would bring a fresh set of eyes to the region while providing the framework to achieve meaningful results, he said. Sweeney felt the project center’s location, less than an hour’s drive from campus, would appeal to cost-conscious undergrads as well as international students who want to do their Interactive Qualifying Projects (IQPs) in the states.

Sweeney won approval from WPI's Interdisciplinary and Global Studies Division to establish the Pioneer Valley Project Center, and the first group of IQP students arrived in 2015.

Shanshan Xie ’18, an electrical and computer engineering major and president of WPI’s Chinese Student Association, said the project center’s proximity allowed her to stay connected with the campus while working on her IQP. She was among three groups of IQP students in the spring of 2017 focusing on the Springfield Innovation Center, a mixed-use entrepreneurial facility anchoring the city’s Innovation District. Her group created a marketing plan for the center while the other IQP students researched and drew up designs for the center’s kitchen and project space. Xie used the teams’ recommendations and input to create a website for the Springfield Innovation Center. She noted that website design is a passion that often takes a backseat to her major.

“I got to use my hobby, something I’m really interested in, but don’t have time to practice in my major,” she says.

Nick Porter ’17, now a grad student at Clemson University, did his IQP at the Pioneer Valley Project Center in the spring of 2016. He and his fellow IQP students worked alongside peers from Springfield Technical Community College and MBA candidates from the Foisie Business School to evaluate the top priorities of Springfield’s North and South End sections. They conducted surveys and focus groups and attended local board meetings. When the data showed that crime was a primary concern, the students recommended a blue-light safety system as well as beautification efforts, such as benches, green spaces, and road repaving.

“What I enjoyed the most was the communication. We were all either engineering or math majors, so this was something that was new to us,” Porter says. “It brought us out of our comfort zone and made us go out on the street. And it was also helpful to the people of Springfield.”