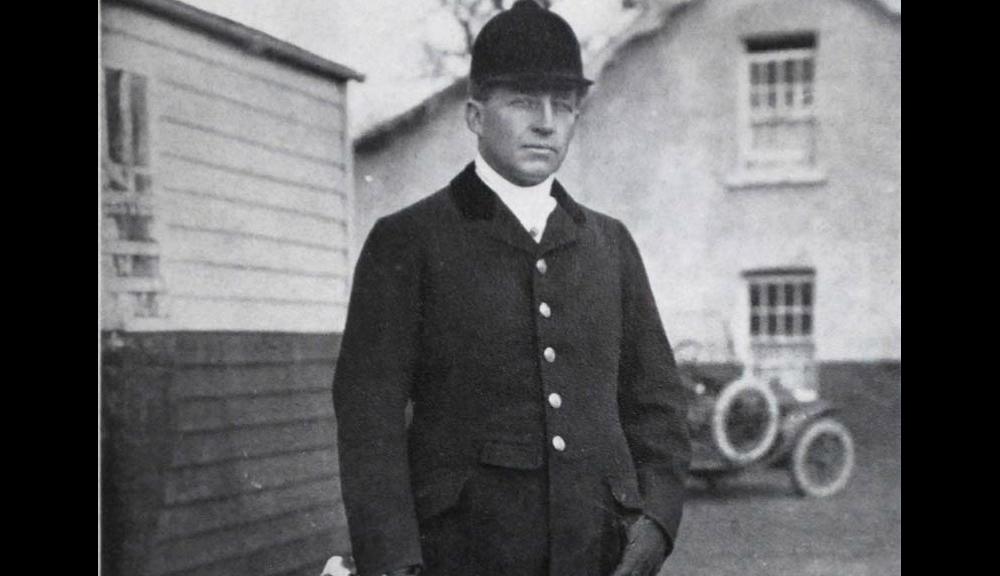 Harry Worcester Smith is not just a name on the dedication plaque of WPI’s Alumni Field gates. In Worcester’s industrial heyday, when civic spirited citizens were expected to contribute robustly to building the city and its civic institutions, Harry Worcester Smith (Class of 1887*) set the bar exceptionally high. Hailing from a prominent Worcester family, as a pioneering industrialist, prolific inventor, respected author and world-class equestrian, Harry lived a truly extraordinary life; a life lived in tandem to a most prodigious period of history for WPI, for Worcester and for the world.

Legacy comes in many forms, but when asked what compelled Jonathan Rourke ’76 to write his book “An Abnormally Hard Rider: Harry Worcester Smith and the World He Created,” Rourke’s answer tells a story of legacy. “Most folks today have no idea of this remarkable time in history, when WPI and Harry Worcester Smith made their mark within the burgeoning industrial city of Worcester, and in fact on the world. The fascinating threads that over many decades intermingle between historic Worcester, the conception and growth of WPI, and the remarkable life of Harry Worcester Smith should not be lost,” said Rourke. 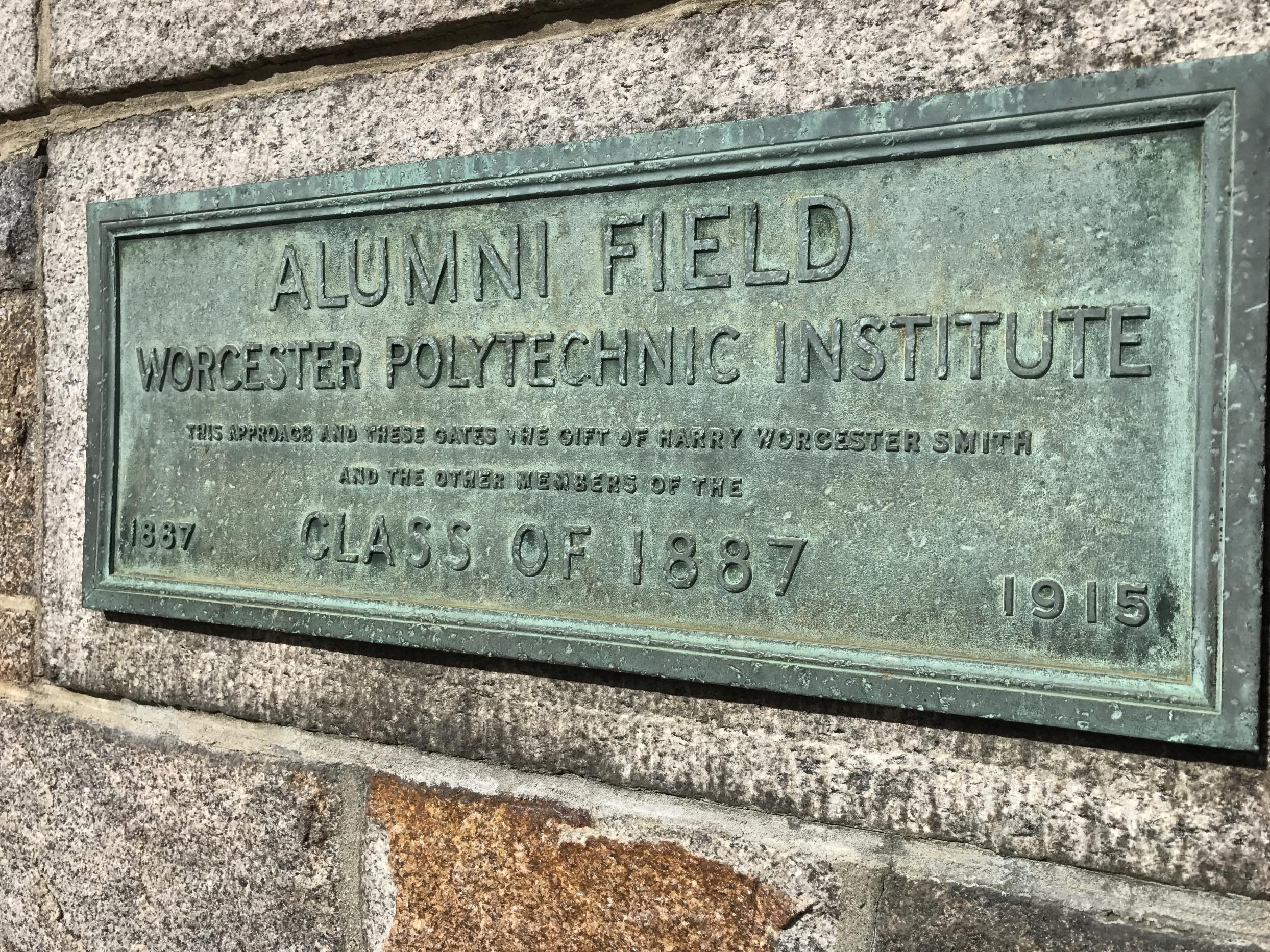 For Rourke, the story began as a WPI freshman in 1972, while driving down Park Avenue with his buddy Marbury MacDuffie. As Rourke tells it, the pair were driving by the Alumni Field gates when a pride-filled MacDuffie announced, “My grandfather donated those gates!” Marbury went on to share that as a student, his unnamed grandfather (Harry Worcester Smith) was expelled from the Institute for riding his horse into the chapel. Years later, investigation revealed a far more complex tale. The horse turned out to belong to the head of the Washburn Shops, Milton Higgins, and at that point in time, the Institute chapel was on the third floor of Boynton Hall. As one would imagine, the story of Higgins’ horse, Buckskin, being deposited in the chapel was not soon forgotten. Smith was shortly thereafter expelled for either failing his courses or for the horse incident, and from there went on to lead a life of remarkable achievements.

For decades Rourke recalled his friend’s tale and wondered as to the underlying truth. Today, Rourke is a co-founder and CEO of MitraSpan, Inc., an early-stage venture backed medical device development company. In a recent interview, he explained that his curiosity about this long-ago account prompted significant periods of research over the years. Describing his career in cardiac valve repair innovation as “uncommonly stressful work,” Rourke began to find his research of Smith as a way to at times escape and “inhabit another world for a while,” a world where familiar names like Boynton, Washburn, Higgins, Salisbury and Crompton painted a virtual who’s who of Worcester’s industrial and manufacturing royalty.

Rourke’s research of Harry Worcester Smith uncovered a truly notable history. Born in Worcester on the tail of the Civil War, Smith entered the world just as plans for Boynton Hall and Washburn Shops were beginning to take shape. In his lifetime, he contributed in indefinable ways to the world of manufacturing by patenting a string of innovative breakthroughs in the then nascent cloth production industry. He married Mildred Crompton of the Crompton Loom Empire and solidified Worcester’s distinguished place in textile industry history. Smith donated generously to the Institute, including the Alumni Field gates, even though he had decades earlier been “summarily and permanently dismissed…” His stature was such that in 1916 he personally hosted Theodore Roosevelt at his Grafton estate. Smith travelled the globe as an equestrian elite – a true national caliber rider and winner of multiple major professional steeplechases and jumping competitions, and by all accounts, a fierce and cunning competitor. In a remarkable capstone, Smith’s grandson, Crompton Smith, traveled to England in 1965 with his horse Jay Trump and was the first American horse and rider to win the Grand National Steeplechase in England. This achievement surely ranks on an equestrian par with victory in the Kentucky Derby.

Rourke offers that for the Institute athletes, it is most fitting that Harry Worcester Smith’s name remains attached to the Alumni Field gates. He was so far as is known, the only professional national champion from the institute in any sport, a man of exceptional courage, skill and audacity, and the Institute athletes could not wish for a more compelling spiritual mentor.

“I didn’t want this remarkable history to be lost, so I began to write it down” said Rourke. Just as Smith left his legacy as an exceptionally generous donor, progressive innovator and fierce competitor, Rourke hopes that maybe in some small way he too is leaving a legacy; a written recounting in the hope that these magnificent stories live on. And although the stories of the Institute and the great city of Worcester are far from over, they will be forever entwined with Smith. Today, we can find Harry Worcester Smith in his final resting place a few short steps from WPI’s Gateway Park in the Rural Cemetery on Grove Street, interred directly adjacent to George Crompton’s grand private burial chapel.

*Harry Worcester Smith was expelled from the Institute in 1885.