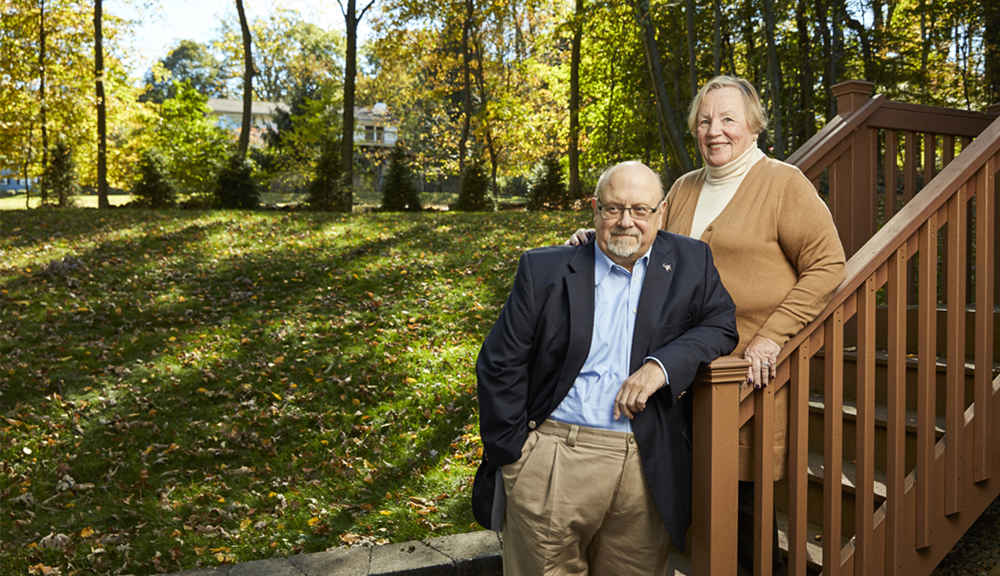 “From the day I learned engineers were the ones responsible for the construction of things, I knew I wanted to be an engineer.” Self-proclaimed Worcester “townie” John Cunic ’68, ’71 MS ChE, shared this comment in a recent interview, adding that he set his sights on Worcester Tech and The Hill at a very young age. He says he was a “city kid of humble beginnings,” however, and even with years of scrimping and saving, his family could cover only his first year's tuition. Fortunately, Cunic was able to rely on the school's great legacy of philanthropy, and with the aid of a generous scholarship and grant support, he earned two chemical engineering degrees earned at WPI.

Always mindful of his father’s advice to do well at whatever he did, Cunic worked hard at his studies and thrived. “We were practical fellows at WPI … taught to use both theory and practice. We were taught to dig in, to deduce and move forward, and we learned—regardless of whatever situation we were put in—to take it as a challenge and not allow ourselves to be overwhelmed. That training was invaluable; it prepared me to operate well as an engineer and is one of my proudest WPI legacies.”

With the Clean Air Act of 1970, a newly graduated Cunic found himself working in the then nascent field of air pollution control. He devoted his career to protecting the public health and welfare with groundbreaking work in mitigating air pollutant emissions and is currently a world-renowned expert in the field of air pollution control equipment. He is the quintessential example of WPI alumni who use theory and practice to make a positive impact on the world.

Though Cunic’s work has moved him to New Jersey and sent him around the world, with heartfelt words he explains that he never felt far from his alma mater. “WPI was always with me, it always felt like it was part of my family.”

Marion Cunic, Jack’s wife of 49 years, shares that following a bridal party pairing at her cousin’s wedding and a long-distance friendship, the couple married in 1968. “Jack is a brilliant man, but a hugely humble man; he worked very hard and I am extremely proud of him,” she says.

Like many other local students of their day, the Cunics were the first in their families to attend college; they say they came to understand well the wonderful selflessness of others. Even with the demands of raising four children over the years and the pleasure of enjoying two grandchildren today, they have continuously found a way to share their time, talent, and treasure. From volunteer firefighting and hospital work to decades of tremendous support to WPI, Jack and Marion are ever mindful of their responsibility to give back. Of special significance to them is the John “Jack” D. Cunic Endowed Scholarship they established at WPI. The intent of this scholarship is to support local students who, like Jack did, have set their hearts on a dream and their eyes on The Hill.

As WPI continues to reach for the stars and impact positive change around the globe, the Cunics are grateful for the opportunity to support and maintain its precious and hallowed roots by supporting local students closer to home. “WPI opened many doors for us and enabled our family to enjoy a wonderful life," says Marion. "We want to make sure that some future students have the same opportunities we had.”