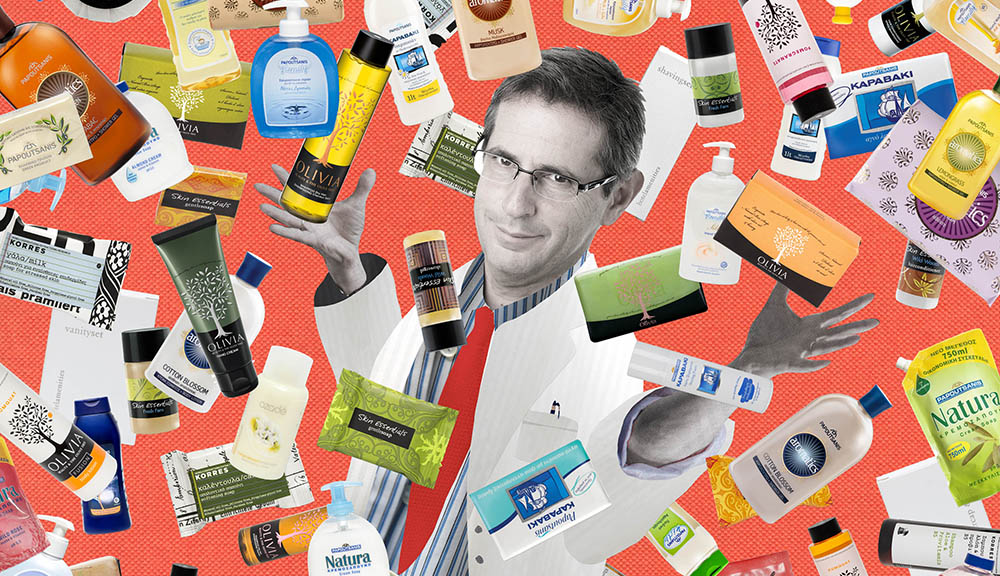 A Hunger For Novelty

Its sun-drenched Mediterranean shores belie a less picturesque truth: Greece is a nation battered by economic and humanitarian crises. Three financial bailouts in five years saved the country from bankruptcy. Add to that a historic refugee crisis, which last year saw 2,000 Syrians arrive each day, fleeing their country’s civil war.

“What we need now is a glimpse of hope,” says Menelaos Tassopoulos, whose own educational and professional odyssey took him on a six-year sojourn from his native Greece to the United States.

“Greeks, although resilient, are becoming a bit hopeless, I think. At some point they—especially the younger people—need to see the end to the tunnel. I’m afraid this is yet to come.”

While so many of his fellow countrymen have left for better opportunities abroad, Tassopoulos, CEO and controlling shareholder of Athens-based Papoutsanis S.A., eastern Europe’s largest soap producer, remains. The lure of his homeland, like the siren song of mythology, exerts its incontrovertible pull.

“I love the people, the weather, the islands, the sea, and the countryside,” he says. “Since I am here, I am optimistic.”

For all of Greece’s economic tumult, Tassopoulos has driven publicly traded Papoutsanis to relative prosperity, after the company nearly went bankrupt in 2010 because of shaky business strategy and subpar management. In fiscal year 2014, the firm’s turnover (net sales) was about $20 million. 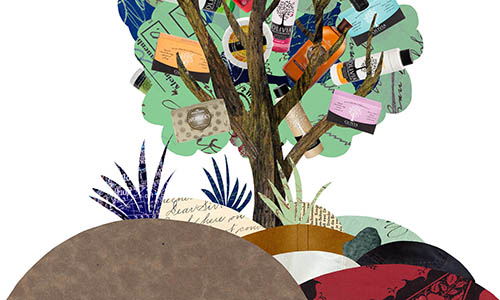 Papoutsanis exports nearly half of its products—which include olive bar soaps, shampoos, and liquid soaps—to hotels and foreign markets. Notably, the company counts among its American clients Kiss My Face, a skin-care product line, and Sysco Guest Supply, the largest hotel amenities supplier in the world.

His success stems in no small part from his days at WPI, where Tassopoulos earned a master’s degree in chemical engineering. He’d always planned to study in the United States, and he applied to WPI because of the university’s reputation. “And I liked the idea of living in Massachusetts,” he says. “Massachusetts, and New England in general, have managed to integrate, in the most balanced way, all the key values and principles that make the States excel.”

Tassopoulos got more than just a technical foundation during his days in Worcester. Witnessing the university’s commitment to project-based learning gave him early exposure to the kind of hands-on approach that would characterize his later leadership.

At Papoutsanis, he cut costs across all company operations and reestablished good working relationships with business partners, including customers, suppliers, and banks. He also motivated employees by allowing them to have a hands-on approach to business.

WPI, for its part, made Tassopoulos want to push his educational boundaries.

“WPI taught me the discipline of thought, and gave me a hunger to advance my research further,” he adds. “The intellectual challenges I encountered were the ones that inspired me to continue my graduate studies.

It was the work I did in zeolite technology with my advisor at the time, Professor Bob Thompson, that introduced me to academic research and science in general.”

WPI was just one of many stops on his travelogue. He attended the Institute after earning his undergraduate degree at the National Technical University of Athens. “I applied and was accepted at some top U.S. universities asan undergraduate,” he says, “but at the time I decided it was better to complete my undergraduate studies in Greece and move to the states at a—hopefully—more mature age.” He went on to earn additional master’s degrees at Columbia and Yale, before receiving a doctorate in engineering and applied science from Yale.

In 1992 Tassopoulos returned to Greece, where compulsory military service requires all men between the ages of 19 and 45 to enlist. He spent a year at the Hellenic Air Force Academy, where he was in charge of information technology.

It was a temporary diversion from his life’s calling: a business career. He went on to work for a subsidiary of Papoutsanis, which manufactured fragrances for the cosmetics industry and flavors for the food industry. Later, he worked for a steel conglomerate for 13 years.

Tassopoulos regularly draws from his American schooling. “My U.S. education shaped my career,” he says. “I learned how to progress things, manage different people, and get the best out of everyone. I developed a hunger for novelty. It was an invaluable experience.”

His leadership skills came to the fore in particularly dramatic form in 2009, when he ran a private equity distress fund that was set up within Eurobank—the largest private bank in Greece at the time.

Tassopoulos stayed at Eurobank until 2010, at which time he and a partner bought out the then-foundering Papoutsanis. It was a year after Greece’s financial woes surfaced and “at the time we didn’t expect it to last so long,” he says.

After eight years of financial upheaval, Greece is still trying to cast off the shackles of austerity measures and endless bad news. The unemployment rate is 25 percent, and 30 percent of Greek citizens live below the poverty line. The country’s population, now 11 million, has shrunk by 400,000 in less than five years. Pensioners have seen their monthly payments trimmed, while Greece’s politicians are powerless because of their Eurozone membership.

Tassopoulos has escaped many of these ravages, but he doesn’t have to look far to witness the challenges at hand.

I have seen friends lose their jobs, husbands being forced to seek employment abroad, and families being separated,” he says. “And perhaps the most troublesome, I’ve seen lots of young people with a lot of potential leave the country. I’m afraid we will see the repercussions of this brain drain much later, because at this time we cannot really assess what would have happened if they had not left.”

But the married father of three has reason for hope. His children, ages 24, 21, and 18, are subject to their father’s guiding philosophy.

“Honesty, patience, and perseverance,” Tassopoulos says. “And always give your best.”

In Greece and elsewhere, they’re words to make a difference by.