The Man Behind the Machines

If you do a search for Amazon warehouse robots, the results will eventually lead you to a short video that has been viewed more than three million times.

In it, hundreds of orange robots that look like heavy-duty Roombas whir across a cavernous warehouse floor. Their job is to lift and transport yellow storage pods, roughly the size and shape of old-school phone booths, that are filled with individual totes crammed with products ranging from waffle irons to football helmets.

The machines’ movements are so precise and coordinated that it looks like a mechanical ballet. The video title itself perhaps sums it up best: Amazon Warehouse Robots: Mind-Blowing Video.

Even Joe Quinlivan, who has more than 100,000 of these robots under his purview as president and COO of Amazon Robotics, admits that there are moments when seeing that synchronization still feels nothing short of magical. “You see all of these robots working seamlessly and flawlessly to help fill customer orders on [a massive] scale, and it’s pretty amazing,” he says. “You can see even the nuances of the robots’ behavior change over time if you hone your vision.”

In a world that increasingly relies on the purposeful collaboration of humans, robots, and artificial intelligence, there is no question that Amazon will be one of the companies at the forefront. And Quinlivan will have an outsize influence on determining that direction.

If he couldn’t possibly have predicted where he’d be when he graduated (in 1988) from the University of Massachusetts Dartmouth with an engineering degree—Amazon was years away from launching—he did stand out as a leader early on.

He recalls being quickly promoted at Stratus Computer, his first job out of college. “I was maybe 24 or 25 and managing teams of technical people who had 30 years of experience,” he says incredulously. “I felt like I was doing it by the seat of my pants.”

It was that sense of uncertainty, along with a willingness to grow, that ultimately led him to WPI to get a master’s degree in business administration and management, and then another in computer science. He was eager to learn more about systems engineering and leadership, and WPI offered both the practical programs and the part-time schedule he needed as a busy adult with a career. 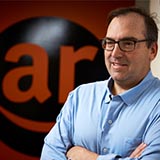 I’d work, then I’d go to school at night. Then on weekends, I’d go to the WPI library and get all my work done. It was hectic. It was demanding. But it was worth it.
Joe Quinlivan

After a few years at Stratus, he landed at Nexion, a start-up that developed data networking products. When that company was acquired by Fujitsu Network Communications, he headed to Telica, another start-up that worked on Voice over Internet Protocol (VoIP) solutions. As a member of the executive team, he guided the company’s strategy and helped scale up the engineering team from 5 to 150.

He remembers the impact of the work—for example, the moment that Teleca’s 3G VoIP product launched in New York City. “I happened to be walking around New York the following day,” he says, “and I saw people talking on their cell phones. And I thought: those phone calls are going over the Voice over IP switch [Teleca] just turned on yesterday.”

If his workdays at the start-up were busy, Quinlivin’s nights at home were no cakewalk. While he was at Teleca, his wife gave birth to their first set of twins; just 18 months later, she gave birth to their second set. (They’re now seniors and sophomores in high school.) He still marvels at that moment in his life. “We had four kids in diapers, I was doing a start-up, and Kim was still working,” he says. “It was a difficult time.”

Eventually, Quinlivan landed at Kiva Systems. The company, which designed and manufactured mobile robots, was later sold to Amazon, where he has since taken the helm.

Today his job includes leading its hardware, software, finance, and manufacturing teams while making sure that the thousands of robots deployed across Amazon worldwide are working as efficiently and effectively as possible. (When your company promises to get a world’s worth of products to almost anyone’s doorstep in two days—sometimes in an hour or two—every second of boosted efficiency counts.)

While the mobile robots zipping around the warehouse floor have earned plenty of press, the organization’s work also includes everything from software development to machine assembly. Quinlivan and his team have worked relentlessly to find ways to fulfill customer orders more efficiently in warehouses. They make sure the most popular purchases are physically closer to the associates picking the orders than are the rarely purchased items; they make sure that when one machine learns something important, it seamlessly communicates that lesson to its 99,999 robot peers.

But even more than that, Quinlivan seeks to help his team think bigger: an engineer who solves one specific problem might, with a bit of tweaking, be able to use that same approach to solve related problems in different areas of the organization.

Scott Dresser, director of product and systems at Amazon Robotics, says that Quinlivan stays focused on solving problems in ways that have the largest and longest impact. “Joe’s guidance has focused [our] team on making the right \ decision to develop a platform, not just on the product at hand,” he says. “[At times] the team could have easily taken the approach that would have served the specific needs of that product but would have limited the opportunity to leverage the underlying robotic technology in new applications.”

If Quinlivan is focused on finding new ways to make the most of the robots’ skills, he’s hardly one to imagine an all-robot future. (Amazon’s employment numbers, which are skyrocketing rather than diminishing, seem to bear this out.) Instead, he sees humans not as extraneous to our robot future, but essential to it. “Humans are really good at certain things. They’re weird and they’re wildly creative,” he says. “We shouldn’t be trying to box them into some sort of bounded behavior that limits their true capabilities. We need to make sure that robots empower humans to do what they really want to do and adapt to it.”

For example, humans still tend to be better at picking up individual items and moving them around—a seemingly simple grasping motion for humans turns out to be brain-crushingly complex to program. Similarly, humans are sharp enough to notice a leaking container of laundry detergent and make sure it doesn’t get shipped to a customer.

But humans also have their quirks. For example, testing has shown that people tend to have blind spots when they’re putting away inventory— for example, an individual might consistently fail to notice open spots in the lower section of an inventory pod, even if they’ve been told there’s space. (If you’ve ever searched tirelessly to find a specific item in the grocery store, for example, only to have an employee point out that it’s almost literally right in front of you, you’re already familiar with the idea.)

Instead of trying to train people to fix their biases, Quinlivan makes sure the robots are designed to work around people’s idiosyncracies. “We learn, over time, where people like to put inventory,” he says, “and then we make sure we only bring over pods that have space where they like to put it. The robots learn individual associates’ behaviors and adapt to them.” 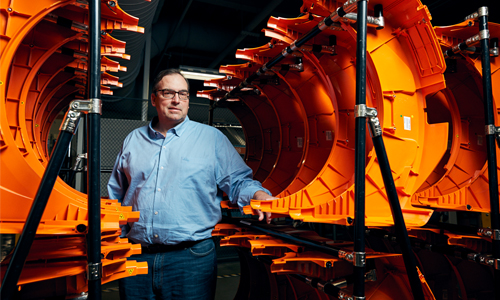 Quinlivan’s ability to see where robotics needs to head to be most effective—and to speed forward to that future at Amazon’s scale has earned admirers including Matt Lyman, director of software engineering at Amazon Robotics.

“Joe has been able to take a robotic product from a small Boston-based start-up company to meet the scale and demand of Amazon’s fulfillment network,” he says. “He doesn’t often speak publicly, but he should be recognized as a real leader in the robotics revolution going on around the world.”

For Quinlivan, the real joy of his job isn’t about the robots themselves—it’s about the positive impact they have on those who work with them. “You start with nothing more than a sheet of paper, you put so much energy into it, and then eventually you see [the solution] go live across the globe and have an impact on the business and the end customer,” he says. “There’s nothing better than seeing your work go live and watch it work incredibly well.” 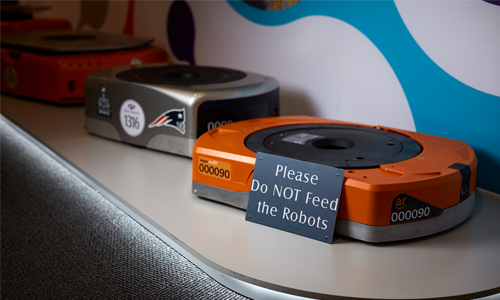 The university and the company have built a solid connection, thanks in part to Quinlivan’s support.

Though it’s been nearly two decades since he last stepped on the campus as a student, Joe Quinlivan continues to maintain a connection to WPI. He says Amazon has benefited from the knowledge of professors, the support of administrators, and the energy and talent of students and alumni. “[At Amazon,] we recruit heavily out of WPI, because [students and graduates] are incredibly smart and capable from day one. WPI’s project-based curriculum prepares them to be successful early in their careers.”