A girl lies in a hospital bed, weakened by a heart that can’t sustain her much longer. The device that could save her—by assisting her heart until she’s strong enough for further treatment—has been widely used in Germany, but has not been approved for sale in the United States.

She passes the days in a hospital room decorated with pin-ups of dreamy actors. She dreams of Doctor McDreamy—her heartthrob from the TV drama Grey’s Anatomy.

That story had a happy ending. In 2005 the girl was approved for “compassionate use” of the Berlin Heart—a mechanical ventricular assist device. The pediatric-size pump flown in from Germany keep her alive for six tense months, tethered to a unit the size of small refrigerator. In the long days of waiting, as a constant stream of doctors filed in and out of her room, one slipped in unnoticed, swathed in full surgical garb. He waited until he caught her eye. He dropped his mask. There stood Dr. McDreamy—or rather, actor Patrick Dempsey. Grinning widely, he clowned, perched on her commode, and brought some relief from the drawn-out ordeal. At last, the pump was removed. The girl went home with her own heart, beating strongly. She became a poster child for the device and went on to study biology in college. 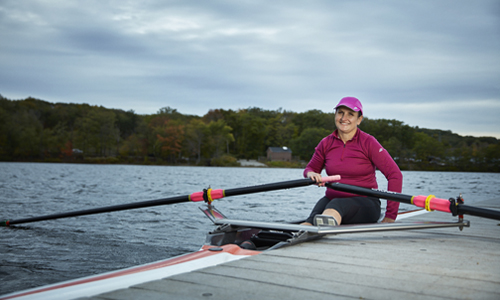 It sounds like a fairy-tale; in fact it was made into a heartwarming documentary narrated by Dempsey. Yet that happy ending eluded other children in need of the life-saving technology from Germany. The manufacturer, a small company based in Berlin, was overwhelmed by compassionate use requests from U.S. surgeons, as the success stories were shared. Without a U.S presence, the unwieldly unit had to be shipped across the Atlantic along with a specialized medical team. Without FDA approval, there was little hope of insurance reimbursement. After shouldering the burden of more than 70 cases of compassionate use, the Berlin Heart Company did not have the resources to continue on that basis.

That’s when they turned to Lauren Baker.

After decades of experience, she was an expert at navigating the rough waters that lie between a medical miracle and an FDA approved product. Her company, Boston Biomedical Associates, had a reputation for driving high-tech, high-stakes projects to approval. Baker recalls that first phone call from Berlin, and the CEO’s plea for her to represent his company in its efforts to bring the much-needed device to the United States.

She and her BBA teammates scoured the medical records of patients who'd received the Berlin Heart, traveling to hospitals all over the country. The compiled data, then wrote and rewrote reports. Armed with these findings, she faced down the FDA.

“Seventy cases in a fair amount of clinical data about a product,” Baker says. There were also hundreds of patients overseas who had benefitted. “This was obviously a very high need,” she adds, with no other pediatric model on the market, and fragile patients whose days were numbered.

The FDA withheld approval and requested further trials. Baker dug in her heels. Her company devised and assisted with the trials. Five years later, they faced the FDA again.

“At the final panel meeting, everyone was crying,” she says. “The approval was unanimous, with no conditions. It was the quickest panel meeting ever.”

For all the lives she’s saved and changed, Baker is quick to joke about her work. “We produce a lot of paper,” she says. “Thousands and thousands of pages.” Yet she gets emotional talking about the people she’s met during the testing of the drugs and devices. There are joyous couples who conceived – at last! – with an enhanced IVF protocol. She’s seen patients relieved of chronic pain, and others overcome the crippling effects of heart disease through advances in technologies such as stents and angioplasty.

She speaks glowingly of products in the pipeline in the breakthrough areas of gene therapy and the human microbiome. She even cheers on the work of other CROs (contract research organizations, which take on clinical testing and advisory work for pharmaceutical and medical device companies). She’s almost in tears as she describes a competitor’s study of boys with Duchenne muscular dystrophy who were treated with an experimental biologic. “Those boys got up and walked in front of the FDA,” she says. “That was pretty compelling.”

With a former co-worker from Boston Scientific, Baker founded BBA in 2000—in the same month her second child was born. She saw consulting as a way to downscale from an intensive research career and, as CEO and president, she strives to offer a good work-life balance to her employees. Today BBA has corporate headquarters in Marlboro, Mass., with satellite locations in several U.S. cities, plus an office in Israel. 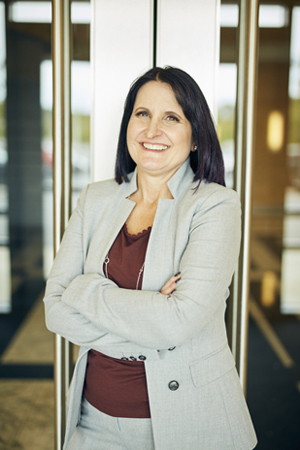 Baker describes her company as a “boutique” CRO—specializing in high-touch, long-term partnerships with small companies that might not get the attention they need from the larger CROs. Larger corporations also seek out BBA for the team’s medical expertise, she says, and for the customized meld of services it tailors to each client’s needs. That can include everything from pre-submission strategizing, to designing and managing clinical trials, to coaching clients through the all-important presentation to the FDA.

Her voice drags when she contrasts her work to big pharma trials that can involve thousands of patients spread out all over the world. “Those studies take forever and a day,” she drones, with patients swallowing a daily pill, and researchers spending years monitoring blood levels or watching for blips in blood pressure. As an engineer, she favors the drama and complexity of rare diseases and innovative technologies. “The work we do involves conditions that need close scrutiny. We specialize in trials that are small-scale, but very high-impact. Our niche is high-risk diseases with unmet need, and medical technologies that are cutting-edge. That’s really the name of the game for us.”

It’s the perfect place for someone who wandered from chemical engineering (her bachelor’s degree) to mechanical engineering (her master’s and PhD) at WPI. “There’s a crossover in the sector of fluid mechanics, and I was able to integrate them in grad school,” she says, and then in clinical research at UMass Medical. She analyzed the material and mechanical properties of blood vessels, comparing the behavior of healthy and diseased arteries. When she taught mechanical engineering courses at WPI, she liked to jump disciplines to liven up her courses. “I threw in examples that were biomedically related, and gave exams with questions like determining the forces on a syringe for a blood pump. I think the MEs liked having something a little different from pipes and valves.”

At Boston Scientific in the 1990s, Baker gravitated to the clinical research group, leading the development of test methods and clinical protocols for the company’s products. “I ended up being the person who interfaced with the FDA on clinical trials,” she says. That experience gives her an edge in her current work: guiding clients through the gauntlet of the approval process, from defining their product’s market niche, to designing efficient clinical trials, to presenting the results to the FDA. She and her staff work hard to prep clients for these meetings. They’ll sit beside them during the hearings, much like an attorney during a trial; at times, they even go to the panel for them.

“It’s a lot like a thesis defense... though my thesis defense was easy compared to that!” she quips. In a career that requires rock-solid confidence backed by sound science, Baker is quick to point out the most character-building experience of her life: “The big bad Chem Eng comp!” [competency exam, required for graduation under the WPI Plan in her era]. Even though she had to take it twice to pass (she cites a 75 percent fail rate for her class), she says, “I learned a lot about myself. I learned how to approach problems methodically, how to calm myself down in stressful situations, and how to admit, ‘OK, you’re not perfect,’ and pick yourself up by your bootstraps.”