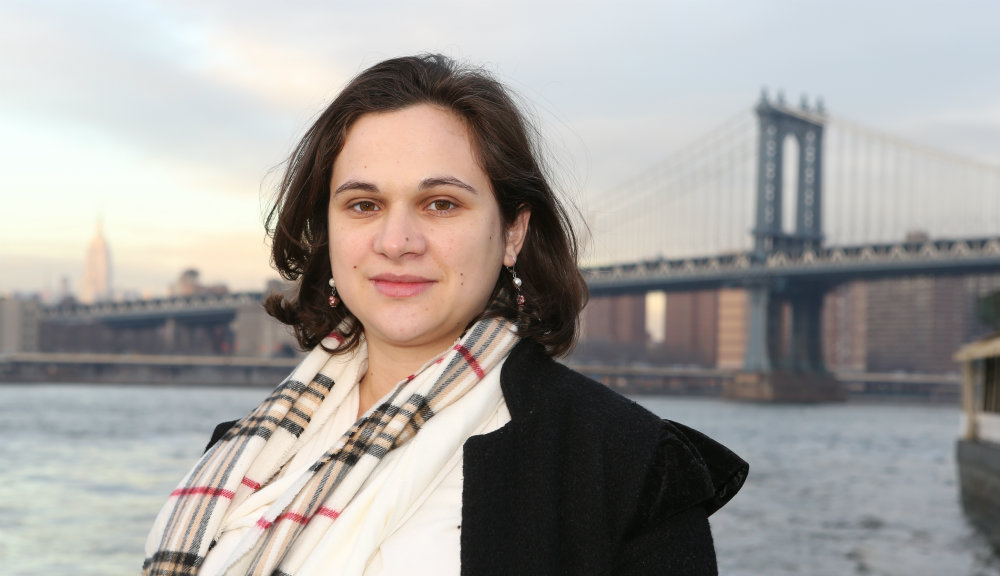 Linnea Palmer Paton ’11 is a business and energy analyst at Jones Lang LaSalle, a real estate management company in NYC. Some may remember the energy she created during the protest of WPI’s 2011 Commencement speaker, Rex Wayne Tillerson, the chairman, president, and CEO of Exxon Mobil Corporation. Weeks before the birth of her first child this past January, she took time to update the WPI Journal on what she’s been doing since making a name for herself on campus as a voice for change.

Q: How does your current career mesh with your activism on climate change?

A: I manage energy and utility accounts, with an emphasis on improving energy and water efficiency in buildings. In cities like New York where most of the population relies on public transit, nearly 80 percent of our carbon emissions is due to energy use in buildings.

If we are to achieve our greenhouse gas emission reduction goals (NYC has committed to 80 percent reduction by 2050), we need to make our existing building stock significantly more efficient.

Q: Looking back, how did your education best prepare you?

A: WPI gave me the technical background to succeed in the energy efficiency world. That said, I wish some of the current energy-related programs had existed when I was in school.

I see that WPI now has master’s programs in Power Systems Engineering and Management, and the new Architectural Engineering major, which has a lot of emphasis on energy use in buildings.

Q: What was the origin of Students for a Just and Stable Future?

A: My classmate Nathan Nesbitt and I founded SJSF in 2009, the year of the U.N.’s global climate talks held in Copenhagen. To draw attention to the event, and the need for real action, we had sleep-outs on campus. We wanted to point out the fact that the buildings we worked and lived in were primarily heated and powered with non-renewable energy. Remember, this was two years before the Occupy Movement would popularize this sort of action.

We connected with other students across the state through local outreach to environmental clubs and through PowerShift, a biannual conference for young people to learn about taking action on energy in their communities. Together we introduced a bill in the Massachusetts State Legislature to commit the state to moving to 100 percent renewable electricity by 2020. We worked with local faith leaders and community members to win support for the state bill from our local Worcester representatives.

Q: What motivated the protest of the speaker at your Commencement ceremonies?

A: A member of the WPI campus Unitarian Universalist Fellowship, which I was a part of, came to me feeling depressed about the school’s choice of graduation speaker. Given Exxon’s stance on climate change, he felt it was symbolically inappropriate for the chairman of Exxon to be wishing us off into our future. At the time, other SJSFers and

I felt there was a real need for more awareness about climate change on campus and a need to move people from inaction to action. We saw engaging people around the choice of graduation speaker as being an opportunity to do both.

Q: Do you see an evolution of the student protest movement?A: I am excited to see students becoming organized. In my experience, once I started organizing around one issue, it led me to become more connected to others. Culturally, there are a lot of issues that other movements such as the Civil Rights Movement and the women’s movements took huge steps in addressing, but their work is not finished. It’s exciting to see my generation taking these issues head on.