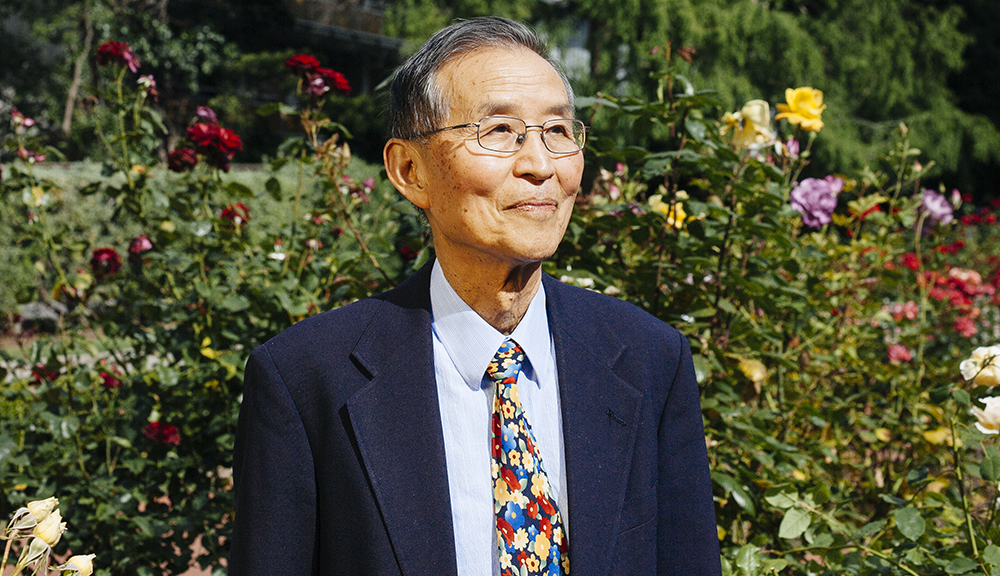 Chue-San Yoo entered WPI in 1983 with little money and lots of anxiety. But a reassuring word from then-department head and chemical engineering professor Yi Hua (Ed) Ma helped forge the course of his academic—and, ultimately, professional—career.

Now Yoo ’85 (MS), ’88 (PhD), himself the recipient of a chemical engineering fellowship, is repaying his professor’s kindness through a $250,000 scholarship donation in Ma’s honor.

“Although I graduated from the best technical institute in Taiwan (a five-year program after junior high, but no BS degree) and was a certified professional chemical engineer, WPI granted me a ‘conditional’ admission to graduate school—meaning that I would be placed on probation academically,” Yoo explains. “If I couldn’t make it in the first year, I would be forced back to undergraduate level.”

Challenging for any student, the situation presented worse worries for Yoo, who had “made [his] way through school pretty much relying on various charity funds and scholarships,” after illness rendered his hardworking father bedridden.

“I worked very hard earning barely enough to cover my flight expenses and tuition for the first year at WPI. The money I had on my first day was not even enough to put me through sophomore year.”

On registration day, Yoo nervously entered Ma’s office for the department head’s signature (then needed for registration). Ma explained “conditional admission,” then added: “Don’t worry, I read your application file and am sure you can make it.”

“His words encouraged me immensely and got me through good and tough times at WPI,” Yoo said.

Unbeknown to Yoo, Ma knew his student’s former school, National Taipei Institute of Technology, “quite well, because my uncle was the head of [its] chemical engineering department for many years,” the longtime WPI professor says. Ma had even met some of his uncle’s students during his high school years in Taiwan, and “was very impressed with their accomplishments.”

Yoo continued to fulfill his early promise. He now serves as senior director of the electron beam operation division and the 450mm program at Taiwan Semiconductor Manufacturing Company. He holds 65 U.S. patents, and has published more than 40 technical papers and a book; he received the National Management Excellence Award from Taiwan’s president in 2009.

Last October, when President Leshin and a WPI delegation, including Ed and his wife, Maria, traveled to Taiwan, several of Ma’s former students—aware that the professor was planning to retire after nearly 50 years—“expressed an interest in doing something at WPI that would honor his legacy,” says Karen Bean, executive director of advancement, strategies and special projects. It was decided that PhD support was most appropriate due to Ma’s lifelong commitment to research and doctoral education.

Discussions are underway with other alumni donors, and Ed and Maria donated land to be sold for the fellowship’s benefit. Bean says total contributions to the Yi Hua (Ed) and Maria Ma Graduate PhD Fellowship Fund in Chemical Engineering are expected to reach $1 million.

Ma, who has won numerous awards and made a name for himself developing metallic membranes designed to separate hydrogen natural gas and coal gas while obtaining carbon dioxide with sufficient purity for sequestration, says, “I had chances to go to other places, but chose to stay because I enjoyed the WPI environment,” especially “teaching and research. WPI provided a great place to do both.”

In an email to Bean, Ma said, “It is truly gratifying to hear from a student that I’ve made a difference [in] what he was able to accomplish.”

Yoo says, “I am thankful for Professor Ma’s encouragement and those great days at WPI. I am sure, with this funding, WPI can nurture more outstanding quality PhDs.”