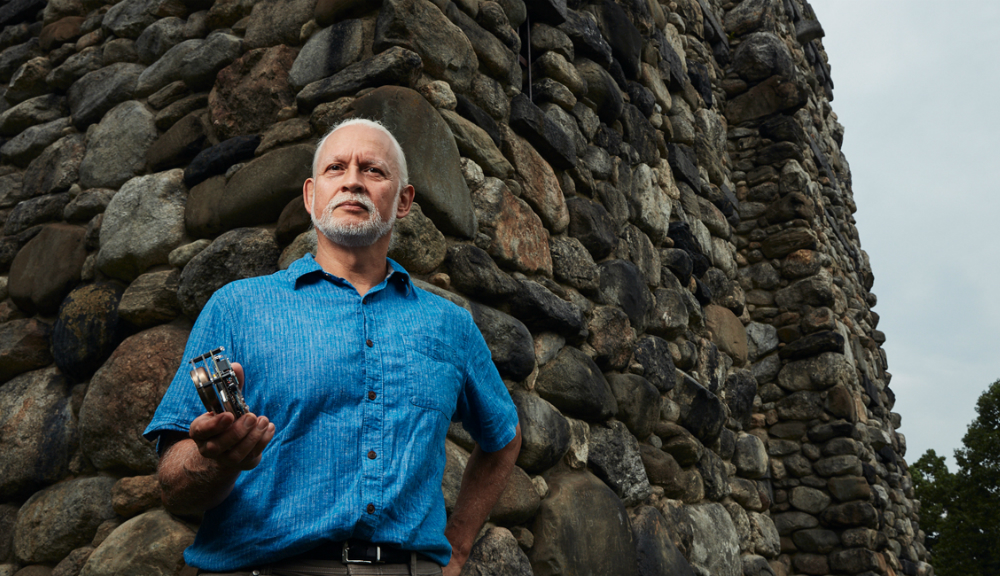 They say it’s the little things that matter most, and Marco Kaltofen couldn’t agree more. The civil engineer “fingerprints” nuclear, chemical, and petroleum contamination via field sampling and investigations in the United States and internationally. He gets called to all the hot spots, like the Fukushima nuclear meltdown in Japan and the Deepwater Horizon oil spill in the Gulf of Mexico. He’s analyzed air, water, and sediment samples for Kuwait after the Gulf War, and probed formaldehyde issues in FEMA emergency housing after Hurricane Katrina.

Kaltofen’s MO is think small to find big. “Generating exotic data from mundane objects—this is the key to forensic analysis,” he says. “Pretty much every industrial process creates a vast cloud of dust. If you are trying to make a nuclear weapon, you create a sizable cloud of microscopic dust particles, not just once but at every key step of the process. These can be tracked down, captured, and isolated—and used to tell the tale of exactly what is going on in a ‘secret’ facility.” 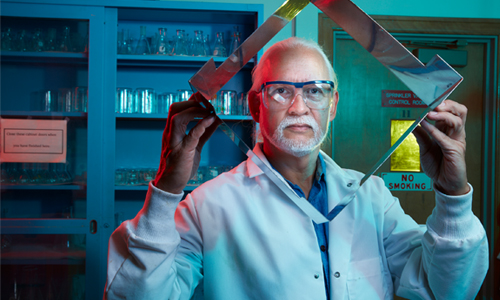 In tracking nuclear footprints, he collects shoes, clothes, attic dust, and similar everyday items. From these, he isolates the microscopic dusts that contain rarely encountered materials like uranium, thorium, scandium, and other elements. He’s compiled an extensive catalog of rare particles that correspond to each facility or nuclear test site. “If I get a shoe or a used towel from a new unknown or secret site, I compare the particles to my catalog. Then I can tell you what kind of weapon or other nuclear device is being made there.”

He credits standout professors during his undergraduate years at Boston University for first exciting him about the environmental field. “The work is varied and challenging,” he says. “It’s impossible for me to imagine not doing it.” It’s a humanistic mission, as much as it’s hard science. “The people I meet who are confronting an environmental crisis—Fukushima, Hurricane Katrina, the BP oil spill, and a hundred other places—are desperate for information about what’s happening to them, their communities, and their regions. The work is incredibly impactful.”

It’s also in his blood—going way back. When he traced the ancestry of his father’s Indonesian family, he discovered that he was the fifth generation in an unbroken line of civil engineers dating back to 1847. His father left Indonesia during the upheaval following the Indonesian Nationalist Revolution, and settled in the Netherlands as a refugee. Kaltofen was born there, and when he was two his entire clan, Dutch and Indonesian, came to the United States.

The peripatetic gene—Indonesia, the Netherlands, life in America (Kaltofen is a U.S. citizen, and has a Dutch passport and EU work permit)—seems to be in his blood as well.

“One thing that stands out in all my decades of doing civil engineering is traveling for fieldwork to 49 of 50 states—I’ve missed Hawaii—and many countries to collect samples,” he says. “I’ve flown so much that Delta Airlines, unbidden, sent me leather luggage for Christmas one year.”

The tips that trigger his sleuthing come from the people on the ground. He says this is how almost every environmental investigation begins—someone close to the problem calls him. “The calls have kept coming throughout my entire career,” he says, “even when my business number was unlisted. The ones who found me really wanted my help.”

Kaltofen is the founder, president, and principal investigator of Boston Chemical Data Corp. in Natick, Mass. He says the firm tries to answer one or more of three simple questions for clients: If you’ve found something toxic or radioactive that shouldn’t be there, where did it come from? If you’ve lost something toxic or radioactive, where did it go? Can it hurt somebody? 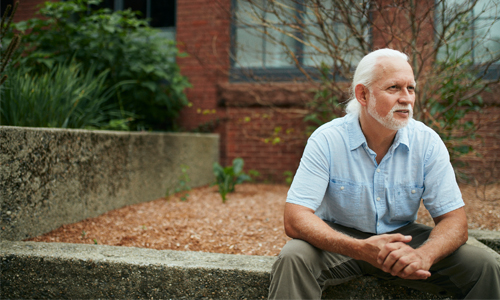 The company specializes in “environmental fate”—basically, where does stuff end up? “If I left a pile of chemical x in a parking lot in Kansas, where would it be in 25 years? Would it wash out into a river, evaporate into the air, filter into the ground, or be eaten by weasels? This is stuff environmental engineers need to know, or at least learn how to figure out.”

Working through WPI, he was the engineer responsible for both set-up and analysis of materials collected from air and dust sampling systems on the Fukushima Dai-ichi Global Air Monitoring Project and for analyzing cesium-137 in components from the Chernobyl Unit 4 reactor in Ukraine. At Boston Chemical Data, he worked on behalf of the nuclear workers union, the United Association of Plumbers and Steamfitters, to do the sampling planning and study design for radiological and mixed waste contaminants at the Hanford Nuclear Reservation on the Columbia River in the State of Washington; additional work on plutonium found in dust in the homes of Hanford nuclear workers was done through WPI.

He thinks, at best, we’re doing a “fair” job of measuring radiation today. His research focuses on how to do a better job of accounting for the complexity of radiation behavior in the real world. “When the measurement task is done more completely, radiation becomes a more predictable—if still dangerous—force,” he says. “Failing to properly measure radiation in the environment is akin to letting everyone drive without speedometers. You’re asking for trouble.”

He likes to head off that trouble at the pass—in many of these situations, he is working with people who may be stuck in a dangerous situation but have few options for relief. “You have to be willing to get yourself on the ground as quickly as possible after an event. When my oldest daughter saw a CNN broadcast video of the aftermath of Hurricane Katrina in New Orleans, she said, ‘When are you leaving, Papa?’ I was there three days later.”

“Pretty much every industrial process creates a vast cloud of dust. If you are trying to make a nuclear weapon, you create a sizable cloud of microscopic dust particles, not just once but at every key step of the process. These can be tracked down, captured, and isolated—and used to tell the tale of exactly what is going on in a ‘secret’ facility.”

STAND UP FOR SCIENCE

Bringing his science-based forensics to an investigation has made Kaltofen a strong advocate for science in general. Along with ongoing environmental crises, that’s one of his greatest fears for the modern world—the relentless challenge to the legitimacy of the scientific method.

“The anti-science movement is a very scary development, and should not be underestimated,” he says. “By attacking very specific, little-known but truly fundamental scientific underpinnings of how we regulate and protect the environment, the entire edifice of environmental protection is under threat. This is not the work of ignorance, but a carefully targeted effort to dismantle environmental protections. We, as scientists, need to ask ourselves how we plan to maintain our relevance in the face of this kind of focused opposition.”

That’s not meant to discourage anyone from becoming a scientist or engineer—just the opposite, says Kaltofen, who has been a judge in the U.S. Army STEM student competitions. “People in STEAM careers—I like the Science-Tech–Engineering–Arts–Math version of the STEM acronym—have a lot to offer a climate-changed world. The fact that we will have to earn respect for science once again does not diminish the need for scientists.” 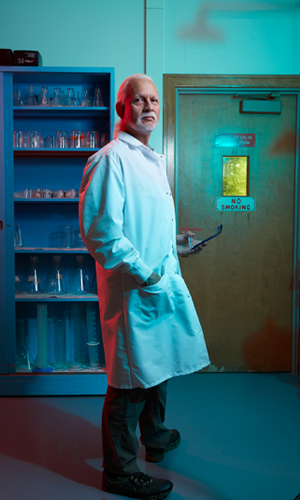 That’s why he returned to college in midlife to get his MS in Environmental Engineering (’10) and PhD in Civil Engineering, and a Nuclear Science & Engineering graduate certificate (’14). “I went back to school because I wanted to be a better scientist and I had specific research ideas I wanted to pursue.” But he also wanted to keep his career as the principal at a small engineering consulting firm. “WPI’s mix of online, evening, and project-based study made it possible to do both—earn a PhD while having a consuming day job and raising two daughters.”

WPI attracted him because he’s a strong proponent of project-based learning. “Working as part of a team on specific projects is how science and engineering are usually done, and learning should work in the same way. The divide at WPI between study and engineering practice is small; WPI’s motto—Lehr und Kunst, theory and practice—is a real thing. Lots of universities have strong and accomplished faculty. What helped me most as a student at WPI was the attitude that everyone was here to get something done.”

He’s still involved with the school as an associate research engineer in the Physics Department, and recently worked with the Nuclear Science & Engineering program on a proposal for the MacArthur Foundation 100&Change competition. The WPI entry for the $100 million grant, to be awarded in Fall 2020, focuses on how to measure radiation better and make the results more transparent—of particular value to underrepresented communities, often the most severely impacted by radiation. “The idea of our project is to make nuclear data completely open, public, and democratized,” he says.

For all his globetrotting, Kaltofen still finds time to chill, and keep fresh. He’s a big fan of the Dutch women’s national soccer team, and found himself happily cheering for both sides in the recent US/Netherlands World Cup soccer final. He runs daily, lifts weights three times a week with his youngest daughter, and rides a heavy-duty black mountain bike to work every day.

Staying fit, and intellectually engaged, keeps his motor running—he once drove a Zodiac inflatable boat for Greenpeace. “I got my PhD at WPI when I was 55 years old,” he says.

But what really seems to keep him young at heart is service to others. He prefers to work in the background, on the little things that reveal the big truths, and then turn over what he has learned to those most affected by the environmental crisis.

“These people are their own best voice and advocate,” he says. “I can give them the data, and the data can tell an important story. But it is these people, indigenous to their own localities, who tell the story best.”