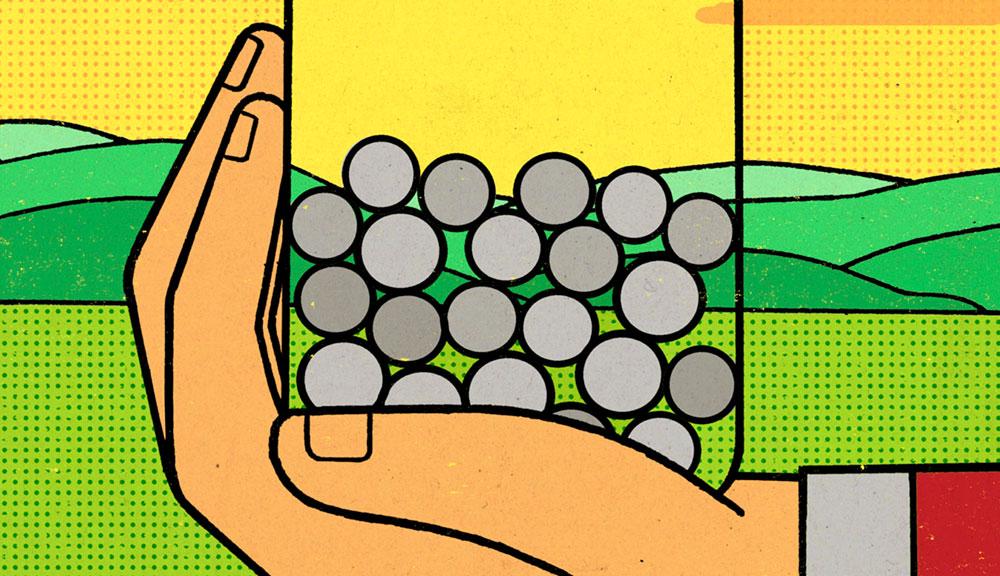 Young Alumni Know the Value of Giving Back

• Every year, Jennifer and Neil Schelly, both ’03, earmark $400 of their family income for WPI. The gift is a chance “to make sure others have the same opportunity,” says Neil, a software engineer at Dyn, a Manchester, N.H., online traffic management and Internet performance leader, co-founded by fellow donor Jeremy Hitchcock ’04.

It was in 1999 that Jennifer and Neil, then freshmen living in Morgan Hall, met through a mutual friend. Six years later, they were married.

But meaningful relationships aside, the Schellys say their gift—made through ongoing payroll deductions at Jennifer’s employer, BAE Systems, a defense, security and aerospace company—is motivated by their educational experience.

“I recall touring lots of schools that just seemed to be a continuation of high school, with long general education curricula and very little chance to do anything real,” says Neil. “I used Debian Linux for the first time at WPI, which exposed me to the type of work that would become my career.

“I benefited a lot from WPI’s financial aid,” he adds. “It was the only reason I could afford to go.”

For that very reason, every gift —from $5 to $400—makes a difference, says Brianne Ross, associate director of alumni relations and annual giving.

“We build a stronger community with each gift that we receive,” she says. “It demonstrates that the alumni making the contributions to the university respect and value the place that they once called home. They often think their $50 isn’t going to go very far, but it does, because it’s a community of people committed to making a difference.”

Kathryn Byorkman ’12 recalls making her first gift to the university after graduation: $50. The Worcester resident and energy engineer for a commercial building optimization firm says she was compelled to give because of her time at the university, and her continuing association with the institution.

“WPI was the first place that I really fit in,” she says. “When you’re in engineering school, weird is good. There was a feeling of camaraderie that I wanted other people to have.”

Byorkman’s involvement with WPI extends into her professional life. She helps organize social events in the Worcester and Boston areas for Graduates of the Last Decade (GOLD). “It’s a network, but it’s also an excuse to see people you haven’t seen in a while,” she says.

Jennifer Schelly learned the value of giving while still a student, when she and Neil each donated $20 for the Senior Class Gift, an annual fundraising effort undertaken by every graduating class. Although $20 was a stretch for a student budget, WPI by then had provided a wealth of memories and formative experiences. She’d spent countless hours in the IEEE (the world’s largest professional association dedicated to advancing technological innovation) lounge in Atwater Kent Laboratories, where students helped one another with classwork.

“The senior gift was a lot for us since we were just graduating and hadn’t started working,” Schelly recalls. But she and Neil didn’t walk away empty-handed. “In return we each got a pint glass that we still use.”

For his part, Russ Bozek ’03 started making annual gifts of $100 after graduation, steadily increasing the amount over the years. The director of special projects in the Claims Strategy & Innovation department at Liberty Mutual in Boston says he needed little motivation. Bozek was the recipient of the WPI FIRST (For Inspiration and Recognition of Science and Technology) Scholarship, which covered the cost of four years’ tuition.

“I went to school based on people’s ability to give, so why not give it back?” he says. “I hope over my lifetime I can maybe repay that. I look back on my experience at WPI and don’t regret one thing. I was someone who took full advantage of the opportunity to travel abroad, the academics, and the social aspects. I give back so future students can have those same or better opportunities.”

Gift amounts, particularly among newly minted graduates, are secondary to something far more important, Ross says. Alumni giving participation is one factor that helps determine WPI’s place on national rankings and is a factor in the university’s ability to attract funding from other organizations.

“Young alumni are our biggest advocates,” she adds. “That $50 means they valued their experience at the university and they want to show it.”\