The first photograph of Earth from orbit, taken nearly 60 years ago from an altitude of 17,000 miles by NASA’s Explorer 6 satellite, showed a crescent of sunlight gleaming off the Pacific Ocean. It was a major milestone, although to an untrained eye the blurry black-and-white image, which took 40 minutes to transmit to scientists on the ground, didn’t look like much.

But satellite imagery has changed considerably since then. And today one WPI alumnus is helping the technology advance well beyond anything NASA scientists could have imagined back in 1959. 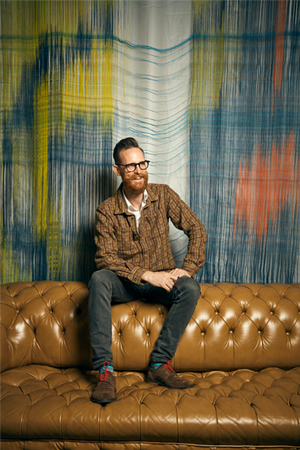 Allan Sword is a spacecraft engineer at Planet, a San Francisco-based start-up that sends flocks of miniature satellites into space to provide continuous, detailed coverage of the Earth. Lightweight and cheap to launch, yet equipped with advanced optics, some of the satellites capture photographs at a resolution high enough to show vehicles on a highway. Because there are so many of them in orbit—nearly 200 at last count—Planet’s satellites can image the entire Earth’s land mass every day. Their potential services range from mundane—helping retailers track traffic flow in their parking lots—to crucial, such as monitoring toxic waste spills and refugee camps.

“The way satellites have worked in the past is that someone decides where a satellite should look, and a satellite is pointed there and takes a picture as it passes over,” he explains. “That can take a while. But our satellites allow for a much faster pace—you can track changes on the ground daily, and even more often in some places.”

Since joining Planet last year, Sword’s focus has been on streamlining the process for environmental testing and integrating new hardware into the company’s testing facility. He has spent most of his career designing and testing sensitive equipment for use in perhaps the toughest environment imaginable: space. It’s not exactly where he thought he would end up with his mechanical engineering degree, but the summer before his senior year, an internship hooked him on the unique challenges of designing and building spacecraft.

“With spacecraft, you’re often trying to push technology past where anyone else has taken it,” Sword says. “And it needs not only to work, but to work for several years in an environment where you can never go back and fix a mistake. That has always been fascinating to me.”

In space, temperatures fluctuate between scorching heat and bone-chilling cold, while damaging solar radiation batters anything that ventures beyond Earth’s protective atmosphere. And before a spacecraft even gets into orbit, it must withstand the intense vibrations and pressure that comes with launching at thousands of miles per hour. That means anything built to go into space must be tested extensively, to ensure that it can withstand the extreme conditions.

“Probably the most valuable thing I gained from my undergrad years at WPI was the hands-on experience,” he says. “There’s just a lot of things that aren’t obvious until you actually try to do it with your hands.” 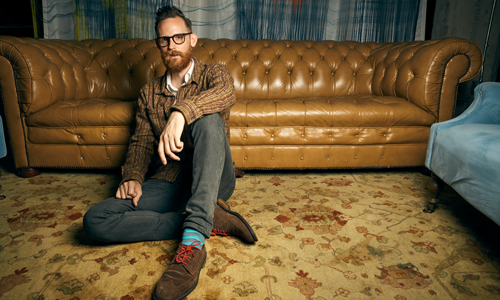 Some of the equipment in Sword’s environmental testing lab might be familiar to anyone who has spent much time in Higgins Labs—vibration and shock tables, strobe light testers, vacuum chambers, and equipment for inducing extreme temperatures. A typical day involves meeting with the team to plan for tests and discuss whether they need to develop new technology to assess the latest generation of satellites. It’s a hands-on job, although he says that will likely alternate between more design work as the needs of the growing start-up evolve. Today, however, as much as 80 percent of his time involves working with hardware—something, he reflects, for which WPI prepared him well.

“Probably the most valuable thing I gained from my undergrad years at WPI was the hands-on experience,” he says. “There’s just a lot of things that aren’t obvious until you actually try to do it with your hands.”

In fact, it was at WPI that Sword first realized a fundamental truth of mechanical engineering: It is possible to design something that may be impossible to build.

“It’s actually very easy,” he says. “And one of the only ways to learn that lesson is to do it—start to build something and you may realize that this thing that seemed like a great idea on the computer or on paper doesn’t work when you [try to] build it.”

That first dawned on him when he was working as a research assistant in a WPI lab, where he was asked to build a fixture that would hold a laser and keep it from vibrating during use. He created a design in CAD, then built it in the machine shop. He tried to put it together—but it didn’t fit. After struggling to modify the apparatus, he sat down with his advisor, Professor John Sullivan, who went over the process and helped him figure out how he could have done things differently.

“I tried again,” he says, “and by understanding some of the parameters I skipped over the first time, I made it work. I had spent days trying to modify the previous version, but it turned out that if I had spent a few extra hours up front, I would have saved a lot of time in the end. That was the first time I went through that. It was actually a great experience.”

Sword had come to WPI intending to study nuclear engineering—an interest that had been sparked when two nuclear engineers visited his high school to give a talk. But he soon decided a broader base would serve him better if he changed his mind about his career path, so he chose to major in mechanical engineering. His internship assignment—at MIT’s Lincoln Laboratory, the research and development lab that focuses on aerospace and other areas of importance to national defense—also served as his MQP. He worked with a partner designing a fixture to hold equipment for shock and vibration testing.

“For what it’s worth,” he notes, “that fixture is still being used at Lincoln Lab for testing rack-mounted hardware.”

The internship/MQP led to a post-graduation job, and Sword spent much of the next decade as a thermal engineer at Lincoln Laboratory, where he analyzed designs and managed environmental testing for satellite payloads, flight hardware, and other equipment.

He then set his sights west, first taking a job at Ball Aerospace in Colorado and then (after picking up a master’s degree in space systems engineering at Johns Hopkins) joining Google, where he worked on unmanned aerial vehicles and delivery drones.

Along the way, he picked up another fundamental principle of engineering: the art of good enough.

“The right answer isn’t often the perfect answer,” he explains. “That could lead to over-design. Understanding when you’ve reached the right level of effort to get what’s needed is better than getting something that’s perfect but took twice as long. That’s especially important for spacecraft, because we’re usually trying to push the technology, to make it lighter or cheaper. But you need to understand what the goal is, and work toward that goal, rather than working to the pinnacle of that particular technology. That’s something I wish I’d learned earlier in my career.” 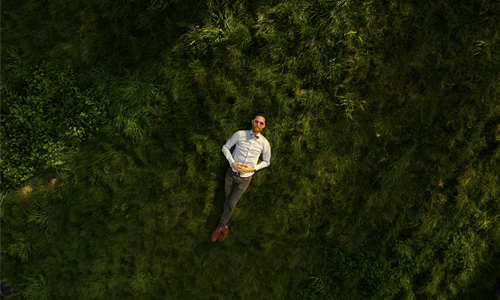 At Planet, smart design and the art of the good enough—a focus on technology that is small, cheap, and quick to build—has helped enable the company’s team of engineers to rapidly expand the number of satellites observing Earth. Until recently, only nine satellites were taking high-resolution images for the commercial market. And that market was controlled primarily by the U.S. government, which demanded priority over anyone else who might want to order a satellite image.That meant that for a company, academic institution, or non-governmental organization, it could take months to get a picture of a specific spot.

Planet, which was founded in 2010 by former NASA scientists and which launched its first satellites in 2013, has already changed that. Its signature Dove satellites are about the size of a shoebox, with wing-like solar panels that give the technology its name. Its SkySats, acquired when Planet purchased Google subsidiary Terra Bella in 2017, are the size of a dorm room refrigerator. While the company will not say how much they cost to build, it’s clear that Planet’s technology is much easier to get into space than traditional satellites, which can be as large as a truck. Dozens of Doves can be packed into a single payload, and more are being launched all the time.

Each Dove captures and transmits 10,000 photos a day, and the company’s imagery is available to clients from many different industries, including defense, insurance, and energy. Academic and nonprofit clients can gain access for free.

“To me, one of the coolest things is being able to help farmers optimize their crops,” says Sword. “If you were able to take pictures only once a month, farmers could see what had happened last month, but that may not be good enough to be able to keep up with the changes they would need to make in irrigation or harvesting schedules. We can provide a completely new level of access, and it’s something that no one would have spent a lot of time or effort on in the past because of the cost. But when you think about it, what’s more important to our society than food production?”

For Allan Sword, it’s thrilling to think that spacecraft he has tested and perfected over the past 15 years are still orbiting thousands of miles overhead, continuing to function in the harsh environment of space—in large part because his environmental testing proved they could. While much of his past work is classified because it involved government contracts, the technological advances he has helped bring about have doubtless added much to our understanding of both outer space and life on Earth.

“I don’t know exactly where a lot of what I’ve worked on is now,” he says, “but it’s definitely interesting to think about everything we’ve been able to learn from sending that technology into space.”