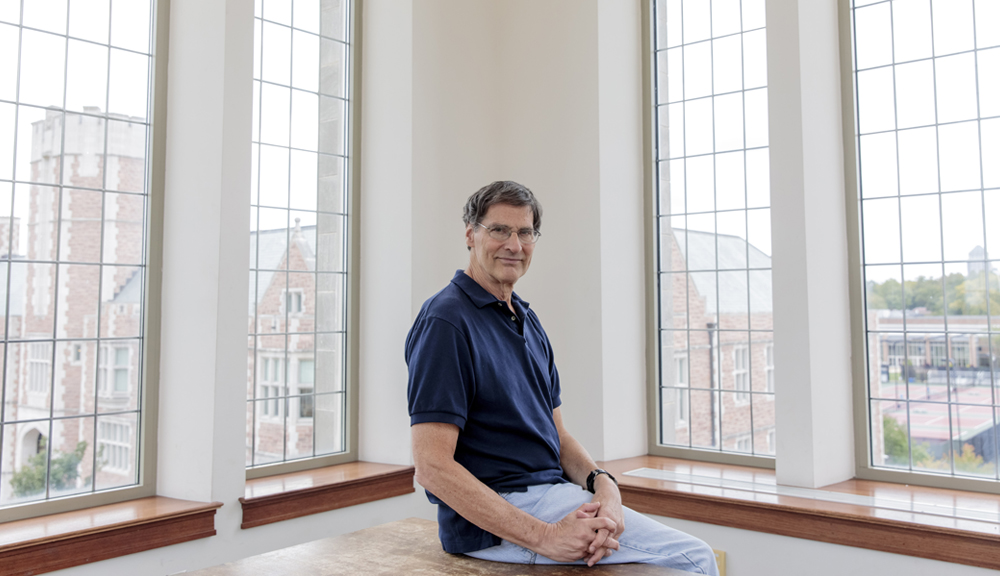 Steve Legomsky ’69 has spoken, written, and taught about issues relating to immigration, refugee, and human rights law for more than three decades. He has testified before Congress and served as a visiting scholar and researcher to foreign governments and the UN. He is coauthor of a textbook (now in its sixth edition) that has been required reading at 185 law schools.

Now retired (as professor emeritus) from Washington University School of Law, he took time from a demanding schedule of media requests to answer some questions from his alma mater.

Q. What drew you into this specialty? Was there an experience or a revelation that got you interested in immigration advocacy?

A: It was a fluke. Contemplating a career as a legal aid lawyer, I applied to law schools at the last minute, well after most schools’ application deadlines had passed, and was accepted by the University of San Diego on the Friday afternoon before the start of Monday classes. On my first day of law school I sought out the director of the school’s legal clinic and asked whether there was a Legal Aid–affiliated clinic that could use a volunteer. I didn’t dare tell him I was a first-year student, let alone a first-day student, for fear he would tell me that I should be spending my time studying and that I wouldn’t know enough to be of any use to Legal Aid anyway. His answer was that this being San Diego, the immigration clinic based at Legal Aid could always use a warm body. Back then my body was still warm, so I went down there the same day and volunteered. I fell in love—with the clients, who at that time were almost all from Mexico; with the Legal Aid attorneys and their exceptional competence and dedication; and with the incredibly complex and fascinating subject matter of immigration law. I ended up volunteering 20 hours a week there for the first two years of law school. After law school, immigration was the subject of my doctoral dissertation at Oxford University. I then started as a staff attorney at the US Court of Appeals in San Francisco and a few months later was put in charge of the division that handled, among other subjects, immigration. So in my academic career at Washington University, immigration became a natural focus of my books and articles.

Q. You worked with several presidential administrations. Was there an obligation to maintain neutrality? Was that a challenge for you?

A: My roles in these administrations varied. In that of George H. W. Bush, the commissioner of the Immigration and Naturalization Service (INS) asked me to head up what he called his “think tank,” which was a group of five ideologically diverse private sector immigration experts. We met with the commissioner once a month, for half a day, in freewheeling discussions of immigration policy and we were all encouraged to speak our minds freely and provide candid advice. The same was true in my roles as advisors to the Barack Obama and Hillary Clinton campaigns. Later, in the Obama Administration, my role was more constrained. I took a leave of absence from Washington University to serve as Chief Counsel of US Citizenship and Immigration Services (USCIS). This is the Department of Homeland Security agency that decides applications for green cards, naturalization, refugee status, asylum, and all other immigration statuses. In that position I supervised 215 attorneys, advised the director of the agency and other agency officials, and was expected to provide neutral, objective legal opinions. Even there, though—because the Chief Counsel is part of the agency’s leadership team—I also advised on policy and worked closely with the White House and Congress on the comprehensive immigration reform bill that passed the Senate but unfortunately stalled in the House. After returning to academia and eventually retiring (or so I thought), I received a call from President Obama’s new Secretary of Homeland Security asking me to return to DC to serve as his senior counsel on immigration. In that position I was free and encouraged to express my own views on the various policy issues.

Q. Now that you’re retired from government and teaching, are you freer to express your own opinions and to act through advocacy organizations? What role do you play as a volunteer?

A: Much freer. I do a lot of media interviews, mainly fielding calls from national and foreign TV, radio, print, and online media. This is a substantial time commitment, not just because many of the interviews are lengthy but also because keeping up with all the current immigration developments requires a great deal of reading every day. I also do lots of strategizing with nonprofit organizations that advocate or litigate on behalf of immigrants, and I help out with the writing of amicus [friend of the court] briefs that immigrant organizations file with the Supreme Court and the courts of appeals. 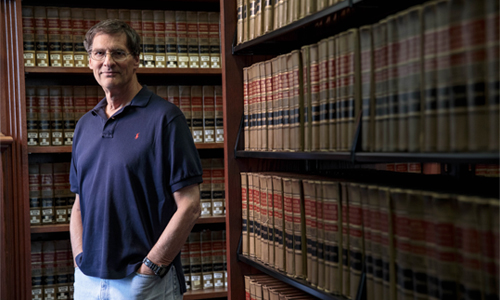 Q. You speak of the “advantages” to America of undocumented immigrants. What’s behind that thinking, and have you been challenged on that view?

A: People often complain that undocumented immigrants take jobs away from US citizens. But undocumented immigrants not only take jobs; they also create them, in the same way everyone else residing here does—by consuming goods and services. There is no evidence that the number of jobs they take exceeds the number they create, and there is ample evidence that many of the jobs they take are ones Americans are unwilling to consider, especially in agriculture. They also tend to have very low crime rates, lower than those of native-born Americans. And they contribute heavily to Social Security, even though they are ineligible for the corresponding retirement benefits; they are thus a major force keeping our Social Security system financially afloat. I’m not suggesting that illegal immigration doesn’t have any costs; I believe in the rule of law. I merely point out that there are also large offsetting benefits of which the public is often unaware and that some of the politically generated hysteria over illegal immigration is way out of proportion to the perceived problems.

Q. What questions/comments do you get at cocktail parties?

A: "Why aren’t you dressed properly?" and "Save some of the shrimp for the other guests."

Q. Have you written on these issues for lay audiences? ...or do you have any plans to do that? If you could get one point across to the American people, what would it be?

A: I have occasionally written op-eds, and I frequently speak to lay audiences. If there is one point most worthy of emphasis, I guess it would be that immigrants and refugees have enriched our country beyond measure, both historically and today. They have fueled economic growth and have enriched us culturally and spiritually.

Q. Has immigration always been a divisive issue in America? Looking back at history, do you see cycles or patterns in our country’s feelings about welcoming the “huddled masses? Are there changes you’ve observed in public opinion over the course of your career?

A: Yes, public opinion on immigration has fluctuated and has always been both passionate and polarized. It has been at its most negative during times of national trauma—war, terrorist attacks, or other threats to national security. Generally, positive views of immigrants tend to correlate with levels of economic prosperity.

Q. You have a long list of appointments and honors. How would you explain the nature and purpose of your work to a class of 4th graders?

A. I actually did speak to the children at an elementary school a few years ago, and it was a dialogue rather than a lecture. We talked about what it would be like to move to another country, where you often don’t know anyone and the language is a different one that you don’t understand. We then talked about how we should treat those who immigrate to our community—especially how American children can befriend immigrant children who come to their schools. The children were very empathetic and universally kind and generous in their comments. I remember one little girl who said the most important thing we should do is be their friends and bring them cookies. Not having been exposed to political biases (except mine), the children’s natural instinct was to be kind and welcoming. For me, this experience was uplifting.