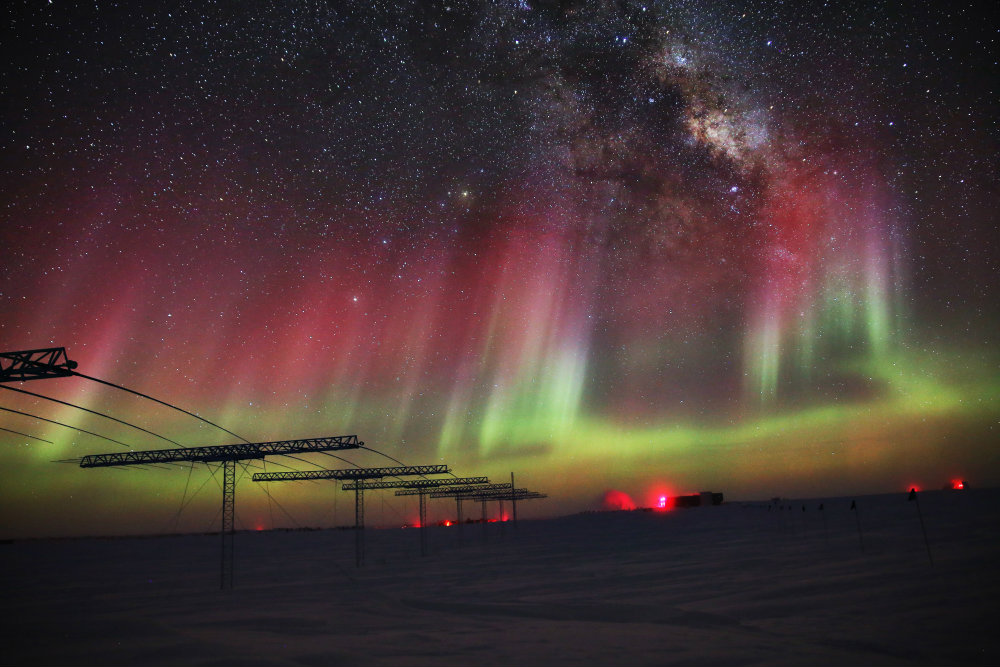 "While working in the greenhouse I noticed that a cantaloupe had fallen off the vine overnight. We all passed it around and smelled it all day. It’s amazing how good a cantaloupe smells after almost five months without seeing fresh fruit!" (August 18, 2015)

That succulent melon was sliced thin and gleefully shared over lunch at Amundsen-Scott South Pole Station, in the midst of the Antarctic winter. Marissa Goerke is in charge of the greenhouse that feeds 45 hardy souls at the southernmost point on Earth—90 degrees south latitude. She also supports nine research experiments and cheerfully shoulders her share of the housekeeping duties to maintain the station’s tiny winter population.

Since South Pole Station was built in 1956, only 1,454 people (214 of them women) have spent an entire year “on the ice,” according to statistics kept by Bill Spindler, the station’s unofficial historian. He notes that Goerke—who turned 23 in February—set a record as the youngest female to “winter over.” She documented her year as an engineering and science support associate for the United States Antarctic Program in spectacular photos and vivid prose at 90south.blogspot.com. Some of those blog posts are extracted here. Goerke also responded to our questions via email during the Pole’s limited windows of Internet connectivity.

A little background: The Amundsen-Scott South Pole station is about at 9,300 feet in elevation (but feels higher due to the thin atmosphere), and sits on about two miles of ice. The average monthly temperature for the austral summer is -18°F (-28°C); in the austral winter, the average monthly temperature is -76°F (-60°C). The pole experiences one day that lasts the entire year. This means one sunrise, one sunset, and about six months of darkness. (October 20, 2014)

Goerke arrived at the South Pole on Nov. 7, 2014, after an orientation that included everything from team-building exercises to snow survival school. On the last leg of her journey to Antarctica, she picked up her ECW (extreme cold weather) gear in Christchurch, New Zealand, and took a moment to snap a sunset photo—the last sunset she would see for almost a year.

“I am basically the eyes and ears in the field,” she says of her research responsibilities. “The scientists up north turn to me to do their troubleshooting and repairs, and to compile and transfer data.” She goes out to check on each of her experiments daily—a 1.3-mile hike that passes through every time zone. In the dark season, her “commute” requires a headlamp, flag lines, and the standard- issue “Big Red” parka.

On a typical workday, she might be out testing resistors or calibrating equipment at -50o to -100o F. A recent to-do list: 1) repair computer with spare parts; 2) secure it onto a sled; 3) drag it back to its site; 4) lower it back into place; 5) re-install it inside an ice vault. She takes special pleasure in looking in on her favorite experiment, the University of Florida’s study of lightning-induced electron precipitation. “I can see and hear lightning that happens anywhere between here and the equator,” she marvels.

Miscellaneous duties range from wielding a chainsaw to widen ice tunnels, to washing dishes, cleaning bathrooms, and refueling planes. Goerke was tasked with painting an outdoor mural of Roald Amundsen and his crew—the Pole’s original explorers—working from one of the earliest photographs ever taken at the South Pole. Paint evaporates rapidly in that climate, and she had to thin and stir it frequently to break up ice crystals in the roller tray. She also reports on happenings at the station as the South Pole correspondent for the Antarctic Sun.

The last flight of the season came today. The next one won’t be until November 2015. I was in charge  of marshaling it in (hand signals, radio communications, counting passengers, and cool flight deck radio headphones) which was really awesome. As per tradition the last “Herc” [Hercules military plane] does a station fly over to say “bye, see you in nine months.” (February 16, 2015)

The minute they are cut off from the outside world, the “winterovers” gather for a beloved tradition: watching The Thing, in all three movie versions. Imagination and ingenuity give birth to other zany amusements, some of which are shared (by telephone and Internet) with other stations scattered across the continent. There’s the famous (at least in Antarctica) 48-hour short film festival. And this year Goerke organized a Trans-Antarctic International Darts Tournament that drew in nine stations representing seven different countries. (“That’s the most stations and most countries to ever participate in a darts tournament in Antarctica ever,”she notes.

I experimented with blowing soap bubbles at -104 today. They freeze, crack or shatter and the pieces float around. This place has a very alien feel to it sometimes, like we really aren’t supposed to be here, but it’s absolutely amazing that we are anyway. (July 8, 2015)

Embracing life in the highest, driest, coldest, windiest, and emptiest place on Earth, Goerke describes an existence that is both beautiful and complicated. Equipment freezes and shatters, fuel gels up, and special gear is required just to go outside. “Eyelashes frozen together are a common occurrence,” she notes. Goerke grew up in San Diego. “My winter clothing consisted of jeans and a hoodie, and I complained that it was too cold if it got below 65°.” She was glad she landed in Daniels Hall her freshman year so she didn’t have to go outside for meals in the New England winter.

It was her IQP at a remote desert research station in Namibia that sparked her polar dream. “I loved living, working, and sleeping under the stars in such an interesting environment,” she says. When it came time to interview for her current post, she says her WPI education set her apart. Some applicants spend years on the wait list, Goerke was accepted the first time around. Her project experience gave her something the other candidates likely hadn’t gotten in college: “Solid stories about how I’ve worked in isolated environments and dealt with extreme conditions. Also, my MPQ with Caterpillar in Shanghai allowed me to demonstrate that I have worked with other professionals in the field, not just my peers,” she adds. “WPI helped me develop skills in problem solving and critical thinking. And living in a place where it is commonly below -50°F makes even simple problems a lot more complicated to deal with!”

Even in the harshest conditions, Goerke’s blog posts remain upbeat. When visibility is almost nil on her walk back to the base, she writes, “I can easily see how it could make someone nervous or claustrophobic or agoraphobic or just plain disoriented to be surrounded by so much black nothingness and blowing snow, but I thought it made pretty cool pictures.” When a hint of sun returned to the Antarctic horizon, after four months of complete darkness, she notes,

“That milky way, though… it’s amazing. I’m going to miss it.”

August is sometimes called “Angry August” because at this point we have been stuck in the station with each other for over six months. It’s also when we begin planning our off ice traveling. I’m a little sad to see the stars go and the sun come back. I have had a fantastic time this winter and I don’t really want it to end. Although I could really use a nice crispy juicy apple and some Cheez-Its. Also some garlic stuffed olives. And fresh mozzarella cheese. (August 24, 2015)

As the Journal was wrapping up this issue, Goerke was making plans for life after ice. In addition to fresh fruit and cheese, she was anticipating hiking and sailing with other “Polies” in New Zealand, then heading home for some time with her family.

“After that, I want to go on a few adventures where there are trees, humidity, smells, and mountains, and I get to see the sun and stars on a daily basis (not that 24/7 darkness isn’t one of the coolest things I’ve ever experienced). I would definitely consider another season on the ice. I love it here!” 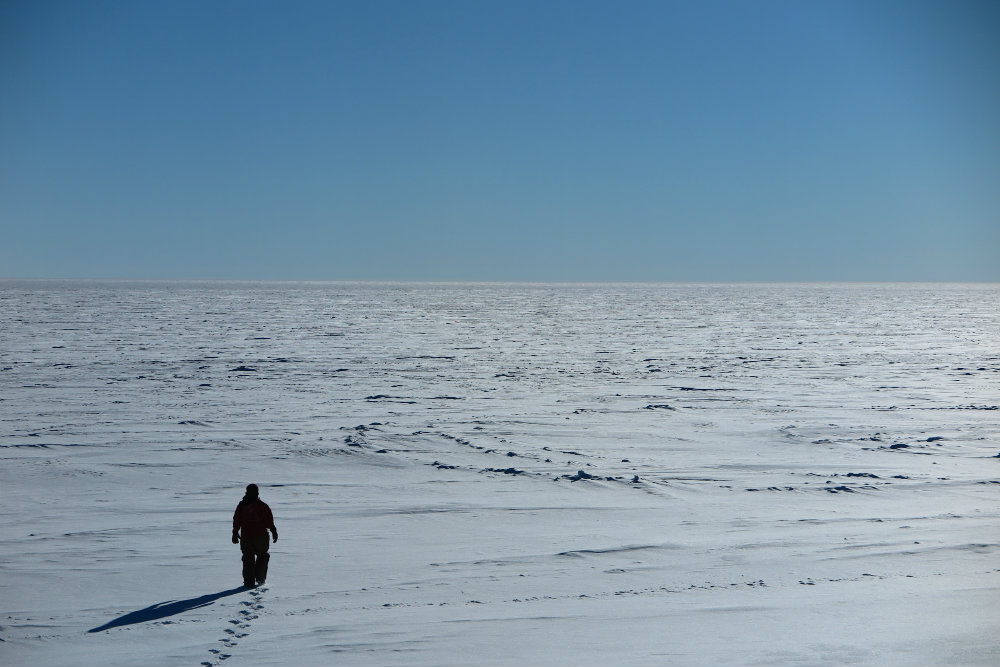 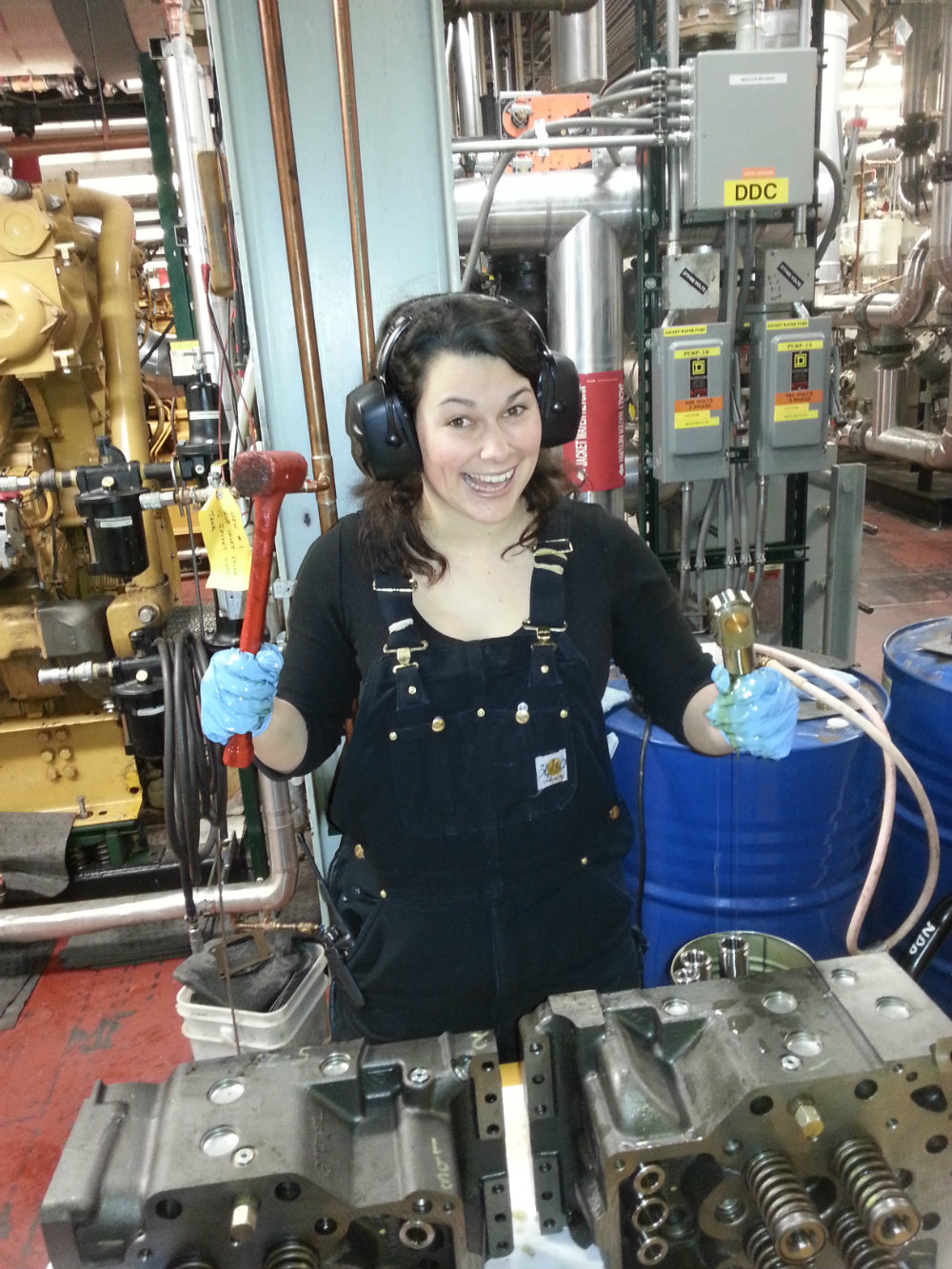 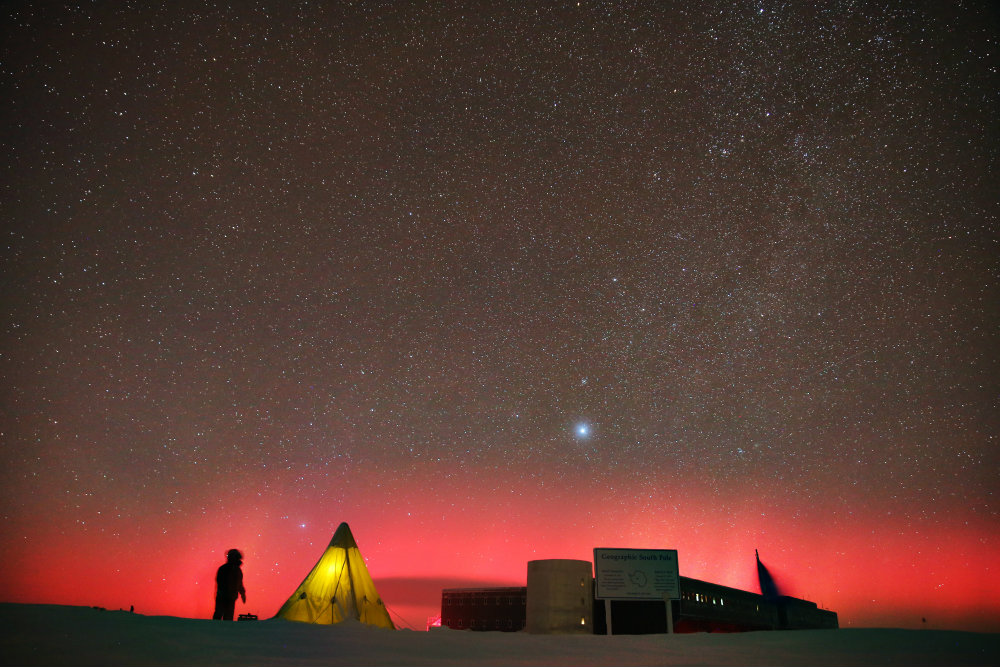 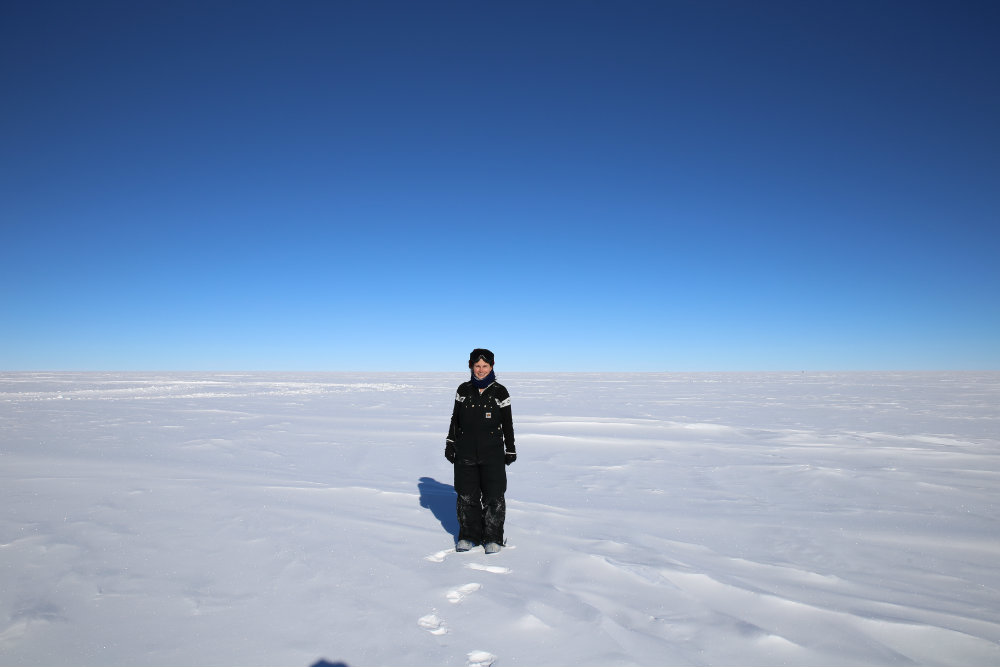 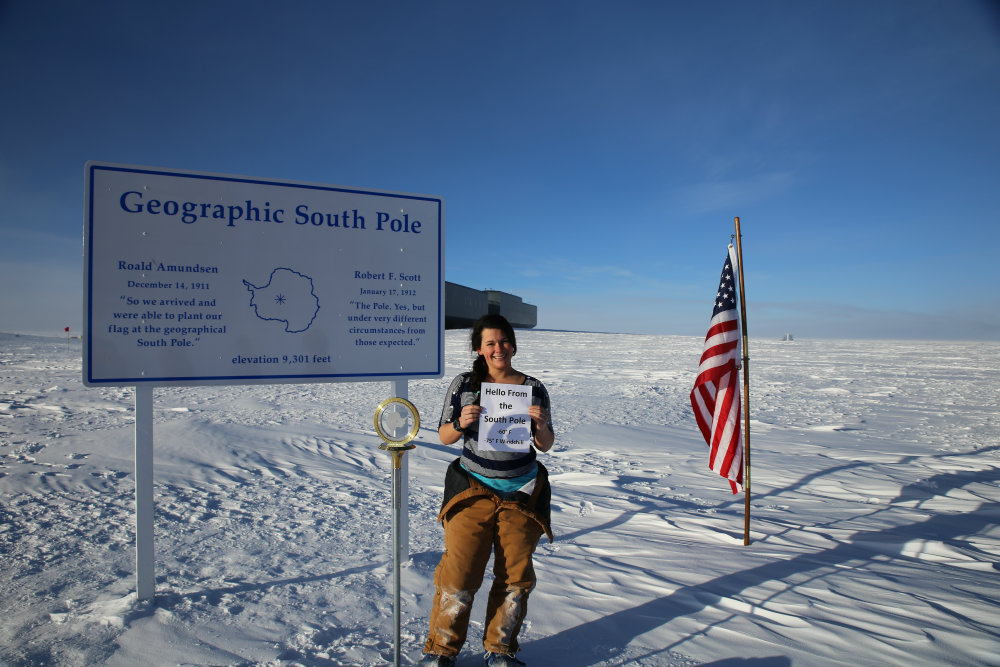 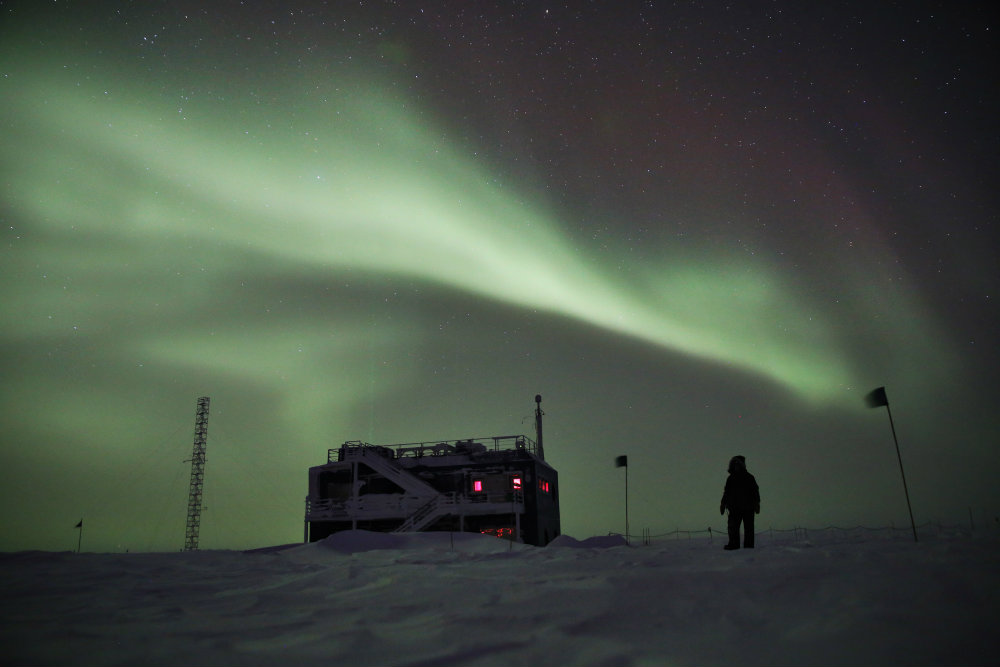 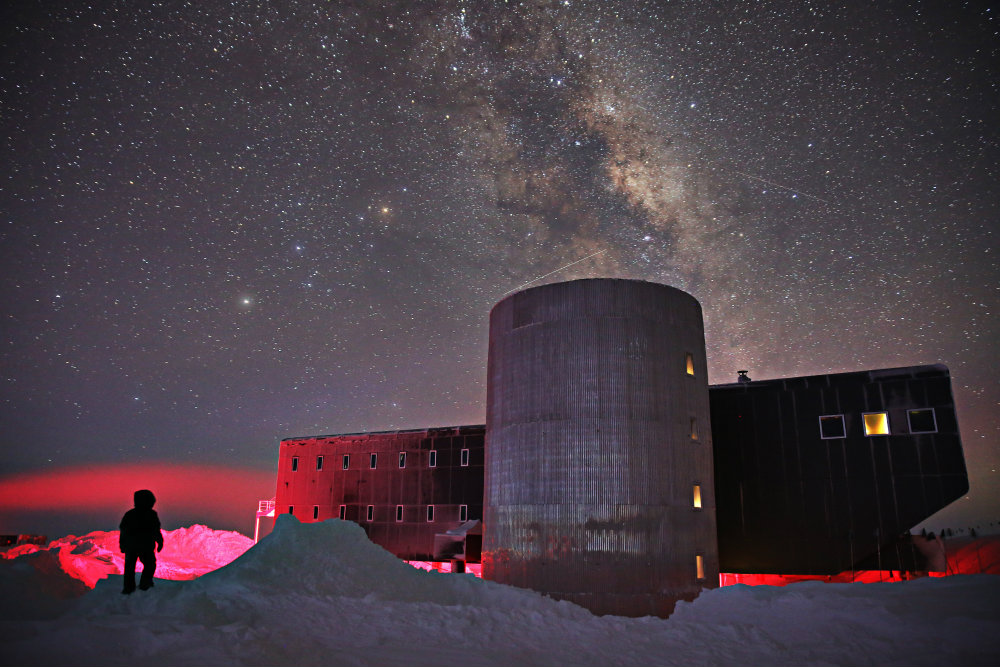 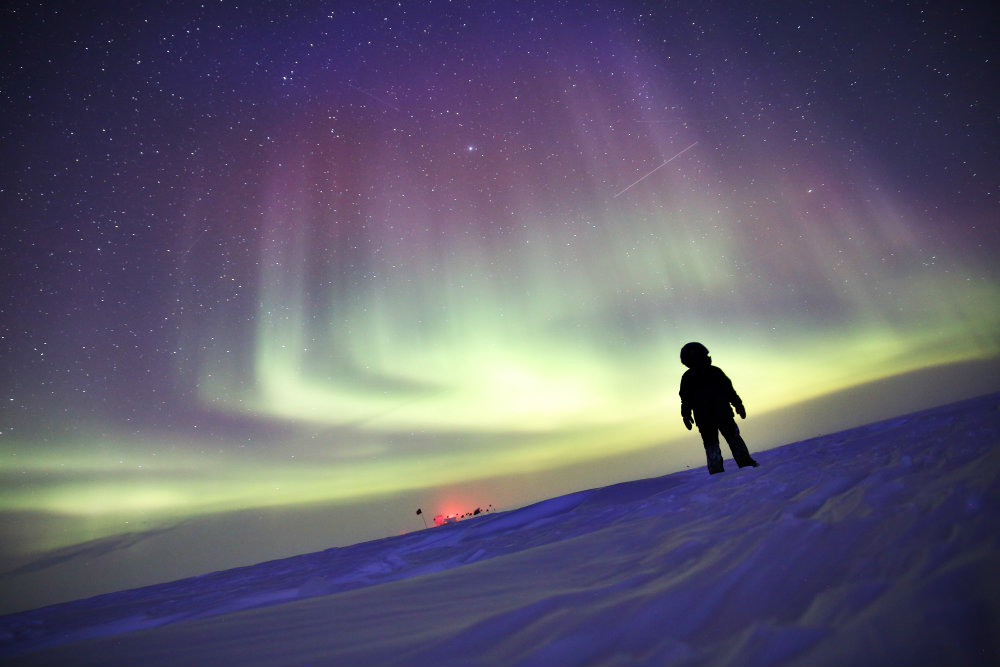 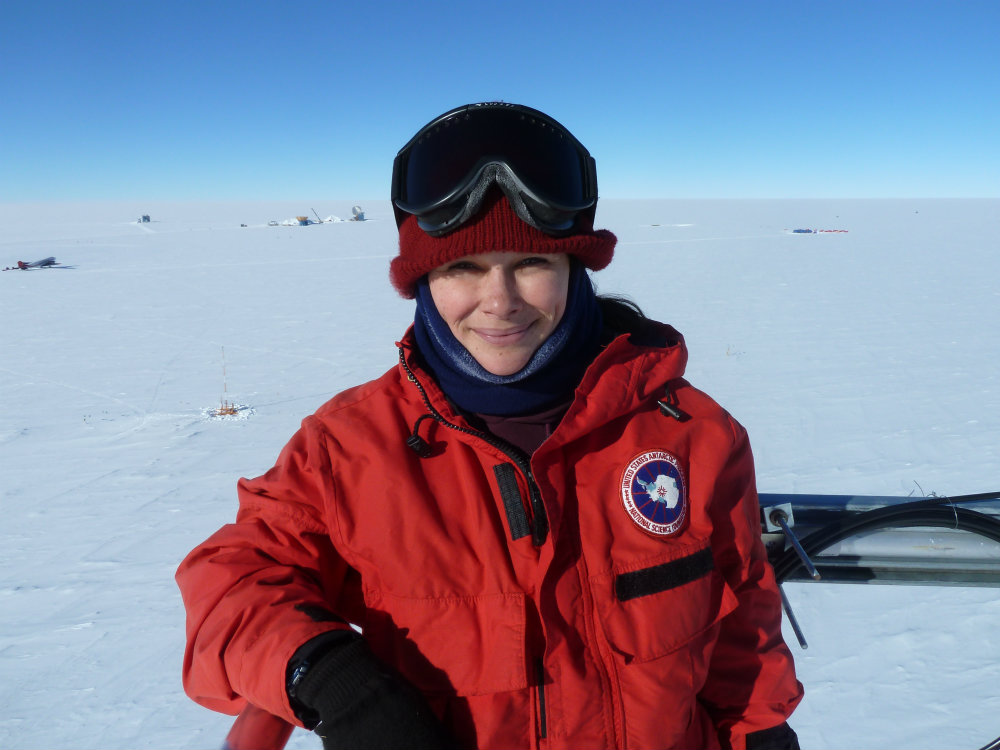 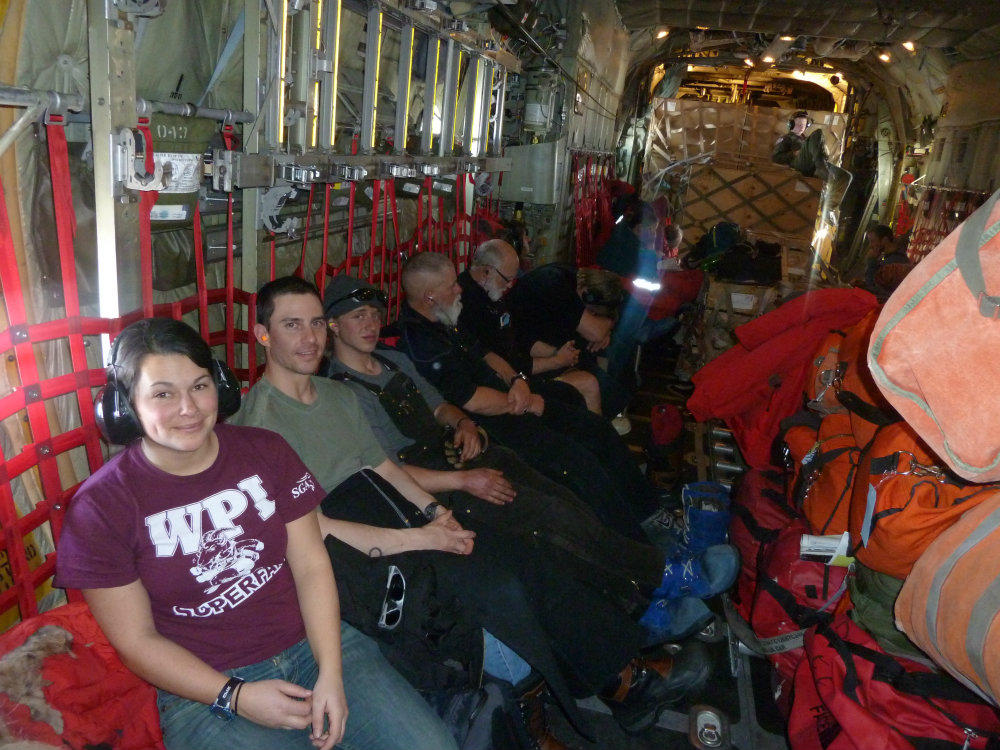 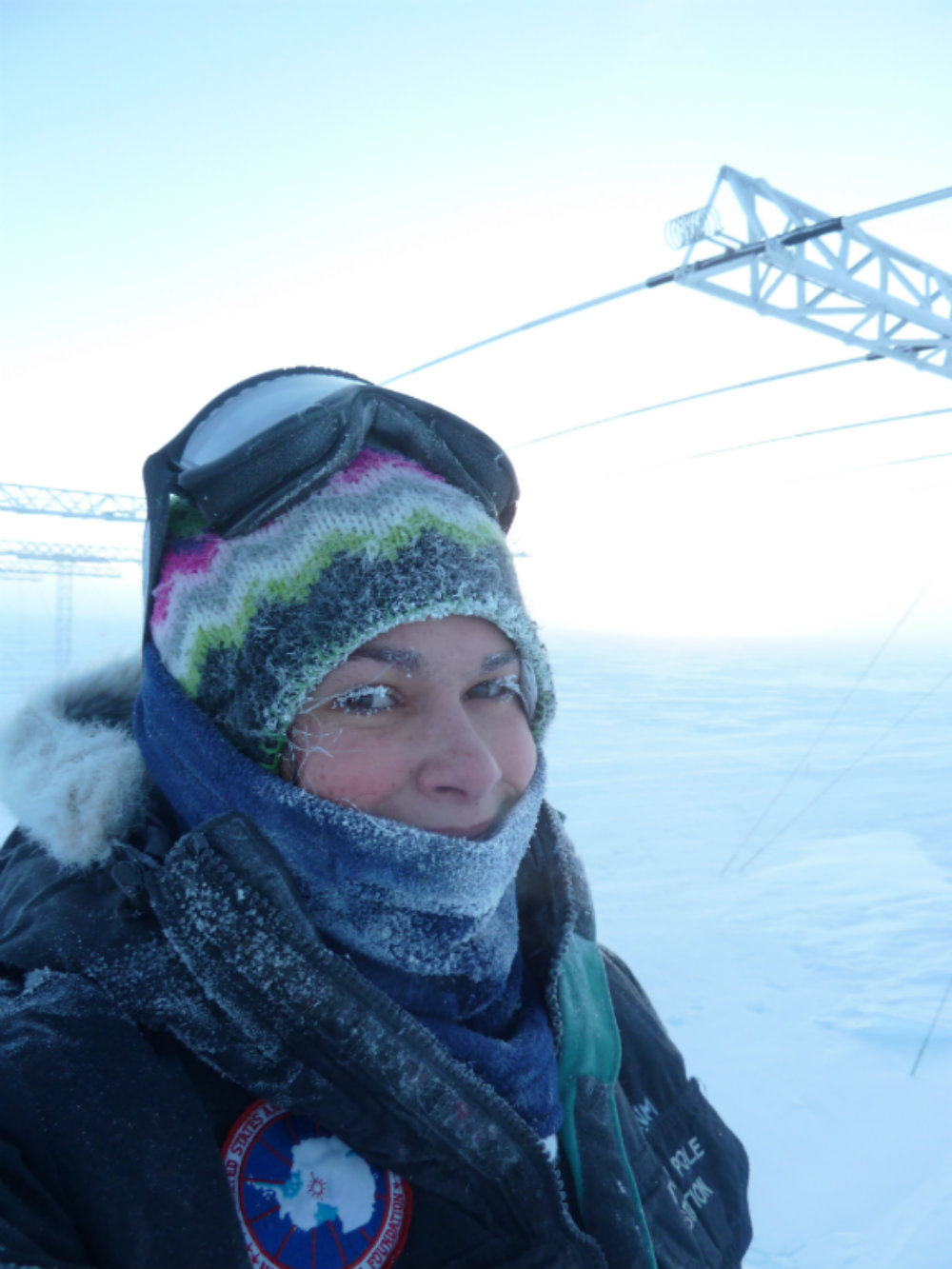