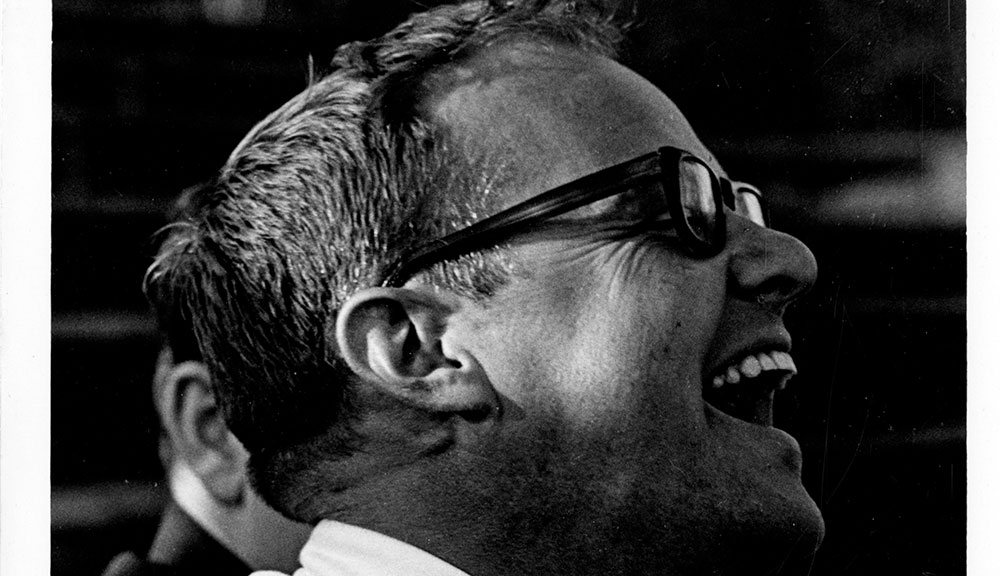 Bill Trask—known to many as Tuna—came to WPI in 1958 to serve as director of placement. Daily, he would jot down the day’s doings in a bound diary. A half-century of scrawled notes—along with a houseful of WPI memorabilia—form a rich history of the man and the university he loves.

“It turns out that Bill’s kept track of everything he’s done for over 50 years—and most of what he’s done is connected with WPI,” says Jessica Branco Colati, assistant director for curation, preservation, and archives. In addition to the graduating seniors who passed through his door during his four decades in career services, his touch was felt by countless others through his work on everything from admissions and orientation to Commencement. He was tapped for Skull (with the Class of ’63) just a few years after he arrived at WPI. Now retired and in his 80s, “Tuna”can be found on campus almost any day of the week—running Tech Old Timers, or schmoozing with current students over card games at the Greek houses.

A small selection of Bill’s treasures was on display in Gordon Library at Homecoming 2015. Over the next year, members of the WPI Archives staff—assisted by dedicated volunteers—will continue the mammoth task of creating a preservation plan and sorting through material for the

William Foley Trask Collection. Counted thus far are 50 cartons of diaries, nearly 100 WPI-themed T-shirts, and more than a thousand postcards. “And Bill can tell you exactly what each one is from, and what it means,” says Colati.

One of the younger “friends of Bill” is Sarah Conlin ’14, who is helping coordinate the project. Conlin is an expert on student life at WPI, having documented the first 100 years in her recent MQP. “No matter when you went to school, no matter whether you really knew Bill or not, he has something in his collection that relates to your time at WPI,” she says. “He has more than I do from my four years here.”

Colati sums it up neatly. “Who actually keeps every ticket, every program, the minutes of every meeting, for 50 years? Bill does—and we’re grateful for it!”