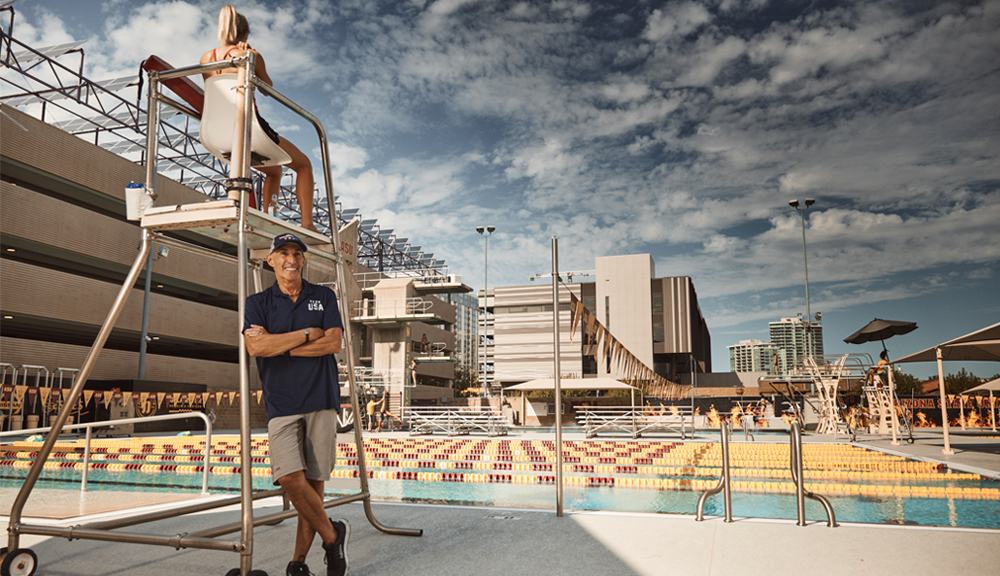 For Barry Siff ’76, following in the footsteps of his brother Fred ’64, seemed a clear, comfortable choice. Once on campus, however, he admits he was more than a little unsure where his path would lead.

“To be brutally honest,” he says, “I only went into Civil Engineering knowing that many athletes were in Civil. I had absolutely no plans in life … just get through WPI with a degree and good things would happen”—which, according to Siff, is precisely what transpired.

Following graduation, Siff secured a position in Detroit as an insurance company safety engineer. This, combined with labor relations work, led him to pursue a master’s in industrial relations. He soon rose to director, then to VP, and ultimately to senior VP of a $7 billion division within a Fortune 25 company.

“There I discovered that I was really good at making things happen between people,” he says. Then, in 1998, the entire executive team was relieved of responsibilities with the arrival of a new CEO from the parent company. Suddenly, at 42, Siff found himself at a fortuitous turning point—one where he saw new possibilities for his career … and his life.

“My exit from the corporate world allowed me a cushion to live up to one of my favorite mottos: pursue your passion and enjoy life,” he recalls. Taking his appetite for endurance sports to heart, he entered adventure expedition races all over the world, competing in 20 countries in five years. Simultaneously, he channeled this growing enthusiasm into a triathlon and running race company called 5430 Sports, which he and his wife, Jodee, founded in 2004 in Boulder, Colo. The company grew to produce eight triathlons and running events with over 7,000 participants. After five successful years, they sold the business to World Triathlon Corporation, owner of IRONMAN, which produces a series of long-distance triathlon races and other events around the world. 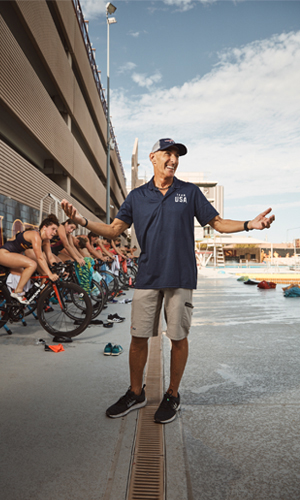 During his tenure as president of USA Triathlon, Siff formulated an initiative to make Women’s Triathlon an official NCAA sport and designated close to $3M to make it happen. Arizona State University was the first “Power 5” school to jump on board.

Not finished with his love of the triathlon, Siff became involved with USA Triathlon, eventually moving into the role of president for five years until his transition to CEO of USA Team Handball in spring 2019.

Having first seen Team Handball in the 1996 Atlanta Olympics, the sport mystified him—it was hugely popular in Europe, yet was relatively unknown in the US. Seeing it again in the 2016 Rio Olympics, Siff decided to delve deeper into the game and its dynamics.

“I told the US Olympic and Paralympic Committee that I was ready to take this awesome sport to the promised land, and they agreed,” says Siff. “As an endurance athlete and business person, I relish challenges, and this may be the biggest of my life.” He plans on elevating the awareness, participation, and fan base of the sport in the US—and ensure the US team a firm place upon the world stage.

It takes a lot of confidence to take on such a role, and looking back at his undergrad years, Siff says he can easily recognize how WPI helped him develop into a well-balanced athlete and businessperson. Learning to set goals, collaborate with others, and work at something of importance or value was the gift bestowed upon a young man during his undergraduate years.

One thing this auspicious, athletic 60-something admits is that all successful people have a solid team at their side. “Whether it’s running a 100-mile trail race, putting on a major triathlon event, or helping run a national governing body of a sport, you need people with and behind you. No one has been more integral to my success in the second phase of my life, my post-business career, than my amazing wife, Jodee.”

As his efficacious turning point proves, Siff has surely been on a winning team.