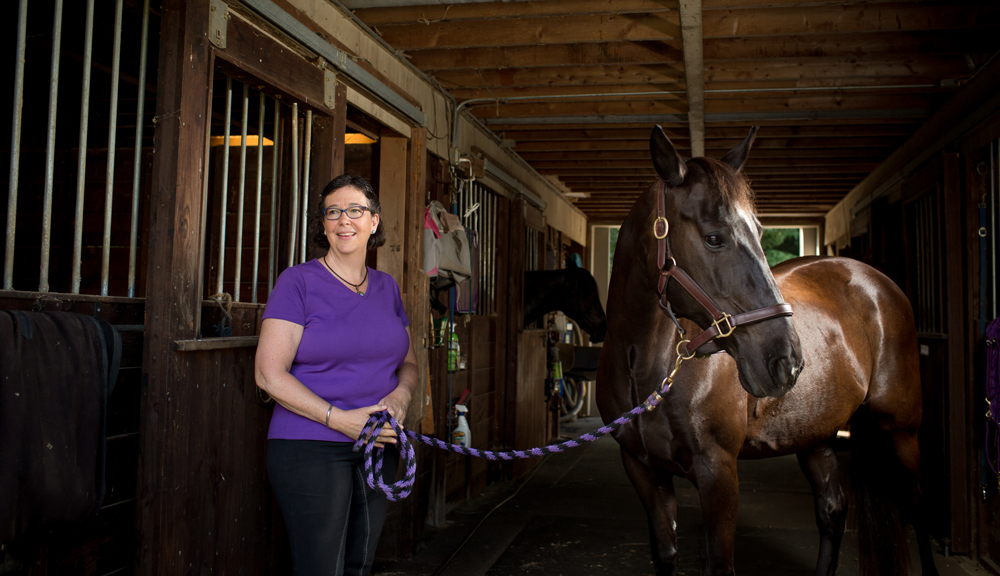 A first-generation college student, Bettyann (Gustafson) Cernese ’83 (EE) says she will always remember the day her mother took her to interview at WPI. “She told me I could do anything I set my mind to,” she fondly remembers. “That guidance has served me my entire life.” “I just knew WPI was where I was meant to go, despite having been told by a guidance counselor that I was an unlikely candidate to be accepted at such a school—given my family’s means—and that I should focus on applying to state schools,” she recalls. “This made me even more determined to make it happen.”

And so began a career within the software and computer industries. But in 1999 the unexpected happened—her mom died (at 68)—and life-changing momentum began.

Deciding a change was in order, she pursued her love of horses through a clinic centered on a body-mind base connection to horse riding. Around this time her own quarter horse was receiving regular massages to keep a few back issues at bay. “The equine massage therapist taught me basic massage work to do on her between our appointments,” she explains. 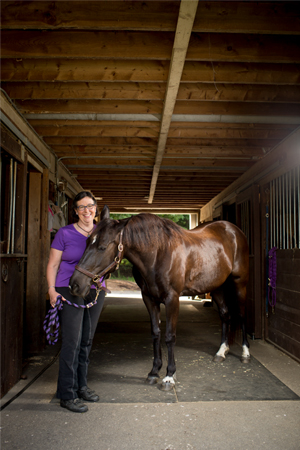 Describing how therapeutic massage for horses and humans helps restore normal motion promoting balance, health, and relaxation, Cernese says, “Whenever we ask our horses (and ourselves) for maximum performance in any discipline, their fullest potential is only achieved through good movement.”

Next came routine massages for herself, and she soon found herself enrolled in a full-time massage therapy program while still working in the corporate world.

“Working full-time, attending 16 hours of massage school, and performing a few hours of clinical massage sessions each week, I discovered that I perceived the energy in people in quite a different way than others did. That was the beginning of a shift to being open to the energetic aspects of our being.”

In 2000 Cernese was offered a VP position at a start-up company and she jumped at the opportunity—only to discover two months into the job that the owner had lost his funding. Driving home that day with thoughts about her next steps, she noticed an “Office for Rent” sign. She pulled over, called the phone number—and Forward Motion Massage was born.

Now, with both horses and humans as her clients, Cernese has evolved her turning point into a healthier way of living. Most recently she has been exploring the deeper connection between memories and trauma and how they manifest in the physical body as pain.

Throughout her career transitions, she says that her own sense of inquisitiveness that expanded at WPI has kept her pushing to explore, learn, and continue to be curious.

“My IQP partners and I explored the relationships between left brain logic and right brain creativity,” she says. “What I took away from that project is that we have the ability to learn, and to engage our less dominant side. We can be open to exploring possibilities of life if perceived and navigated with a bit of creativity and intuition.” With that, and the words of her mom, Cernese believes she can accomplish anything.