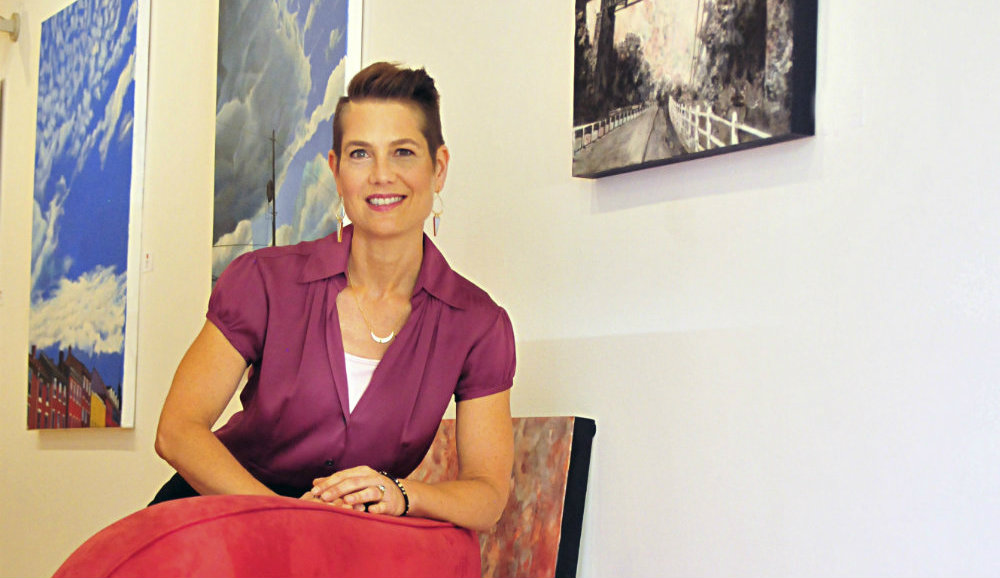 That was her one-year survival prognosis when Dara Zuckernick ’91, ’97 (MBA) was diagnosed with stage 3 breast cancer in 2011, and it gave her inspiration to transform her future.

The child of an artist, Zuckernick had a great eye for creativity early on. Yet her mother urged her to pursue her analytical—and potentially more financially stable —strengths.

The summer before her high school senior year, she attended the WPI Frontiers program, which led her to apply to WPI. “Before you knew it, I was becoming a scientist,” she admits.

Upon earning her BS in biotechnology, it was apparent to Zuckernick that the best way to get ahead in her field was with a PhD, but the routine lab work fizzled her passion rather than ignite it.

I thought that might provide an avenue for me to stay in a technical field—but on the business side rather than the technical side. My employer offered a tuition assistance program, so the decision to pursue the MBA was pretty easy.”

Fast forward to her role as North American sales manager at Molecular Devices: It was during this time Zuckernick was diagnosed with cancer, and suddenly she felt her priorities shift.

She promised to get back to her creative roots and open an art gallery—and in the summer of 2013, she did just that with Blank Canvas Gallery. For two years she balanced her corporate life and the gallery 24/7, but when she realized her bigger joy came from the most mundane work at the gallery—even just refurbishing the gallery walls—she was finally convinced to leave the corporate life behind.

She now gets more of a thrill selling small works of art than she ever received closing big capital equipment deals. “The personal connection with both the art and the artist can be very intense, and so many of my artists are now my very good friends,” she explains.

Despite the change in direction, Zuckernick still feels her WPI education guiding her. “A lot of that questioning—analytical work that you learn as a scientist—I now employ toward evaluating art. And just like science, a lot of art is built on the work that came before, so the volume of reading and researching and learning is just like you would do in science.” And her MBA background has helped her navigate her new role of entrepreneur in establishing a gallery and helping the artist community.

Flash to today: Zuckernick is set to launch an art concierge service in the Philadelphia area. She is also on the board of a nonprofit group called The Art Trust, with a gallery in downtown West Chester and a list of shows set for 2017.

With her cancer now in remission, her schedule is just as busy as it was in her corporate role, but with a soul fulfillment missing early in her career. Filling her iCal with pursuits she’s passionate about, from Olympic lifting to paddleboarding, Zuckernick admits she’s never been as happy as she is now.