The 35-year career of Phil Rubin ’79 ME touched many aspects of process and manufacturing industries as he rose to corporate VP roles. His profession spanned the globe, carrying him to Asia for 10 years and Europe for five, with international assignments in 38 countries. So what did this supply chain leader do upon retiring at 62? He relaxed into community service—as mayor of Hideout, Utah. 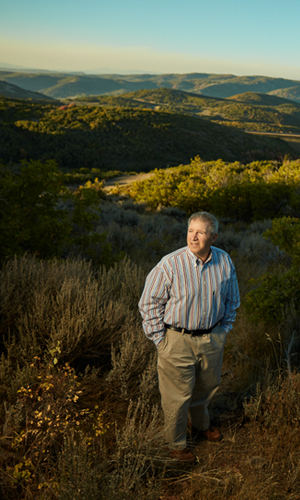 Rubin and his wife, Lynn, moved to the state full-time after years of splitting their vacations between two seasonal homes (Delaware and Utah), waving goodbye to the lengthy daily commute to their jobs in Atlanta.

“Lynn and I ran our numbers and thought that we could probably retire fairly soon," he recalls, "but if so, what did we want from life? We decided it was time to pull the plug on traffic and move to a healthier life style.” The couple’s retirement To Do list was short and simple: Live a healthy and balanced life; eat right; work out; get outdoors; stay intellectually stimulated; work toward a greater good.

Rubin says that the majority of their list items were checked off simply by being in Utah full-time. But one item remained: giving back. Soon Lynn was volunteering at the local women’s shelter and working on a community farm; Phil found himself attending Town Council meetings.

“I was listening to the community complain about various issues and hearing residents say things like ‘someone should do something,’” he says. “I realized I could say the same thing—or I could do something.” After much discussion with Lynn, Phil decided to run for public office. “In June 2017 ,”" he says, "I filled out the forms to run, and in November—much to our surprise—I was elected Mayor ... with 62 percent of the vote!”

In the beautiful town of just under 900 residents nestled in the northwestern corner of Wasatch County in the northern part of the state, Rubin shares that the prior administration of this young town (incorporated in 2008) was composed of people who had full-time jobs elsewhere and limited time for community issues. 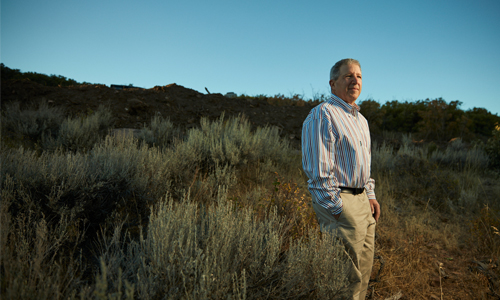 “It's been very rewarding to leverage my educational and professional background to drive improvements in the community,” he says. His office has been busy maintaining water and sewer systems, and making safety improvements throughout the community. “We now have a modern website, and the municipal employees all have PCs and mobile phones, as well as a network infrastructure that enables file sharing and improves document control.”

He says that his engineering background has helped insure that the town’s fledgling infrastructure is being managed and maintained properly. “I am responsible for its civil, electrical, mechanical, financial, and IT infrastructure,” he says, “all facets I was exposed to as part of my WPI education.”

Rubin’s turning point has been about engineering a future for his community; he admits that transitioning to a mayoral role has been “both fascinating and challenging.” As he speaks warmly of his new adopted home and all that it has to offer—especially its “perfect weather and unbeatable views from our deck”—one can’t help but imagine that this is a wonderful way to retire.