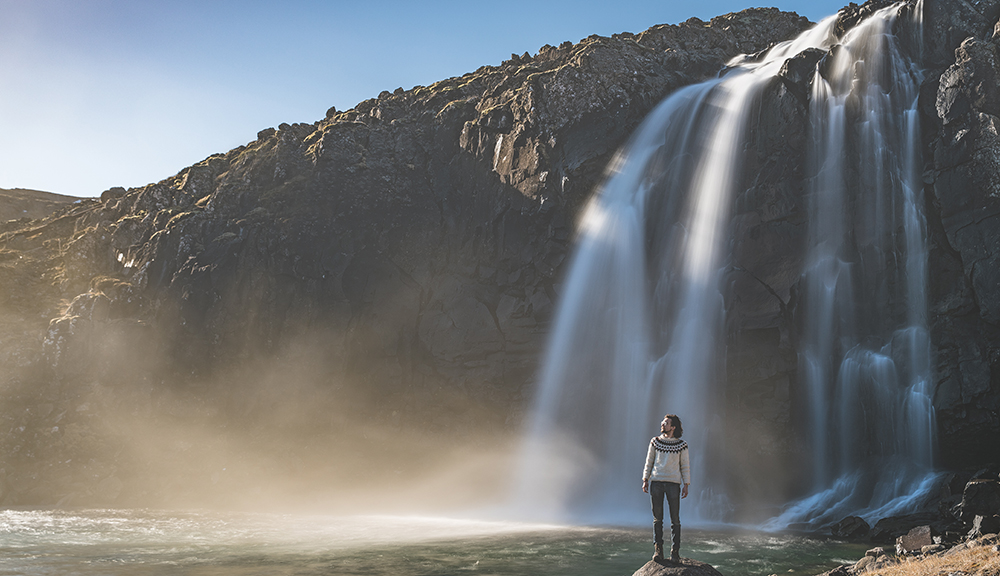 Folklore has it that trolls tried to dig a channel to separate the rest of Iceland from its northwest reaches, the flat-topped mountainous region known as the Westfjords. Trolls are a notoriously photosensitive lot, and the plan went awry when one of them couldn’t get home before daybreak. She turned to stone at first light, and Iceland remained intact.

That’s good news for photographer Donal Boyd. Since last summer, he’s chronicled the Westfjords’ bounty of brooks, flowers, and Arctic foxes. Cheap airfare and a flight of fancy got him to Iceland. Now he can’t see himself leaving.

“This is a place I was always meant to be,” he says.

Boyd wasted little time making an imprint on his adopted home. He launched his own business, International Photography Adventures, through which he leads tourists on expeditions that range from half a day to 10 days. Based in the capital city Reykjavik, he is more often than not afield in the Icelandic countryside.

In August, Boyd will co-lead an Arctic fox photo workshop to the Hornstrandir Nature Reserve, where the cat-sized mammals traipse over a landscape bursting with nearly 260 species of flowering plants and ferns. Many of his clients learn about Boyd via Facebook and Instagram.

The nature reserve is only accessible by boat. Once he and the group arrive, he says, “we will stay in a custom-made cabin and spend three full days separated from the rest of the world.” Other tours have ventured to east Iceland and Jökulsárlón, a glacial lake dotted with glowing blue icebergs.

In another workshop he will host this summer, “Legends of the Icelandic Light,” Boyd will lead 10 photographers on a cross-country tour and teach them to take landscape photos using the iPhone app PhotoPills. The program helps photographers determine the exact time the sun and moon rise and set—critical in Iceland, where the northern latitude makes for daily lighting variances.

For Boyd, it’s all about getting the perfect shot.

That’s not always an easy proposition. Iceland straddles the Arctic Circle, whose fickle climes are the stuff of weather forecaster nightmares.

“You’ll have sun that spills onto the landscape for five minutes, and then it rains, and then it’ll be sunny again,” Boyd says. “So you have these in-between moments when you’ll have super-intense light on rain-soaked grass and shores. I’m really inspired by those unique moments. You have to be patient, though. Those moments don’t always come, and half the time it’s too rainy to shoot.”

Boyd’s life is all about the moment. Friends say he exults in discovery and making connections, with both people and the natural world.

“Whenever we’ve traveled together, we always seem to come away with new friends, whether we’ve been there for five minutes or five days,” says Patrick Ford ’13, a self-described “shy kid” who gravitated to the gregarious Boyd when they shared a freshman chemistry class. “He’s one of the most interesting people I’ve ever met, that’s for sure.”

For formative purposes, Boyd’s journey started in Worcester. He credits his days at WPI, and particularly his IQP in Namibia, with infusing him with a desire to see and find inspiration in the world at large. He does it through the lenses of his Canon EOS 5D Mark III and Sony Alpha Mirrorless digital cameras.

Ford, who recently earned a master’s degree in technology and policy from MIT, was with Boyd for the Namibia trip, during which the pair spent two months evaluating the efficacy of a solar/diesel off-grid power plant. The students and their project teammates then offered suggestions for managing and expanding the plant. In his free time, Boyd and his cameras took off in search of chromatic expression.

“That was one of the most profound events of my life,” he says of the Africa trip. “Through WPI I was able to get to a place in the world that I knew absolutely nothing about—kind of like Iceland— and it totally changed my perspective on everything. It gave me a different understanding of what I was even thinking I should do in life.”

Boyd first started taking photos as a high school freshman growing up in Raynham, Mass. “My parents always had cameras, and I played around with them,” he says. “It was a way for me to be able to express myself.”

His interest grew after meeting a professional photographer in Easton, Mass., who taught him the technical nuances of the craft. Boyd has never stopped clicking. Two of his images— one depicting WPI’s Earle Bridge on a foggy night—have been featured in National Geographic’s online “Your Shot,” which showcases the work of non-staff photographers.

A print of the Earle Bridge image, which depicts a man in a trench coat and a fedora in mid-step over the span, hangs in the university’s admissions office. It also appeared on the inside front cover of the Spring 2014 issue of the WPI Journal.

One of Boyd’s most influential mentors is Diran Apelian, Alcoa-Howmet Professor of Mechanical Engineering at WPI. As he does with all his students, Apelian challenged Boyd to

pursue his dreams, and do so with a critical global mindset.

“Donal has a soul that is pure, kind, and very aware of the world in which we live,” Apelian says. “His role is to help mankind and the world be better. I know those sound like just words, but he actually walks the talk. That’s unusual in a young man.”

Part of Boyd’s efforts to make the world better is to leave a light footprint.

“It’s of the utmost importance to respect nature in Iceland— and in the rest of the world, of course—and there should be no exceptions made when trying to photograph its beauty,” he says.

Apelian, too, has a passion for photography. He minored in the subject at MIT, and 36 of his photos, titled “A Life’s Journey,” were exhibited at the Gordon Library in 2008. Apelian has nothing but plaudits for Boyd’s aesthetic.

“His photographs are amazing, and they’re getting better and better,” he says. “Donal has a wonderful eye for composition. It’s balanced, it’s compelling, and it captivates you. He captures things with an eye that’s special.”

Like many a freshman on the path to self-discovery, Boyd enrolled at WPI with one half-serious  notion.

“I’m embarrassed to say, but I went into chemical engineering with the mindset of wanting to brew beer,” he says.

Suds aside, “I liked the project-based learning at WPI,” he adds. “I wasn’t going to be learning about one thing for a very long time. I got to experience a lot of things in a short amount of time, and I got to work with a bunch of different people. That’s really why I decided on the school, because I knew that I could get that experience.”

Boyd says his STEM background, with its emphasis on planning and organization, has translated well to photography.

“Without WPI, I wouldn’t be the same photographer that I am today because I wouldn’t have an understanding of how all of the pieces fit together,” he says. “I am here in Iceland because a lot of things had to happen. I had to organize and adjust and meet people, and I don’t think I would have had the ability to do something like this had I not had that kind of technical background.”

While he holds dual American and Irish citizenship, Boyd has morphed into something of a global citizen. In the last 18 months, he’s voyaged to four continents, spending time in Brazil, South Africa, China, United Arab Emirates, and Turkey.

But it’s Iceland that has stuck with him.

In a nation of just 332,000 inhabitants (among whom live a scant 30 professional photographers), Boyd has come to look the part of a native son. He regularly dons a lopapeysa, a traditional sweater made from the wool of Icelandic sheep. He isn’t keen, however, on partaking in another national pastime: ingesting hákarl, or fermented shark meat. Doing so has come to be seen as an act of bravura, one widely documented on YouTube.

Instead, he enjoys feasting on gas station ice cream during his photographic explorations; it’s sometimes the only sustenance for miles around: “I always have to get the Dairy Queen–style chocolate dip or licorice dip. Icelanders love licorice.”

From there, it’s on to the Westfjords, his destination of choice in this home away from home.

“When I’m out there, I feel overwhelmed in a good way,” Boyd says. “Moments are happening in this absolutely enormous place of beauty, and I’m the only person there. I’m seeing something that no one else is seeing, and I’m able to capture it. It feels really cool.”

Relocating to Iceland was a leap of faith for Boyd, who didn’t think he was mature enough to make such an ambitious move. Now that he’s there—more mature and a bit more confident when it comes to Icelandic phrases and pleasantries—he says his life and photos have taken on crystalline purpose: “I really hope to inspire someone to try to create something new every single day.” 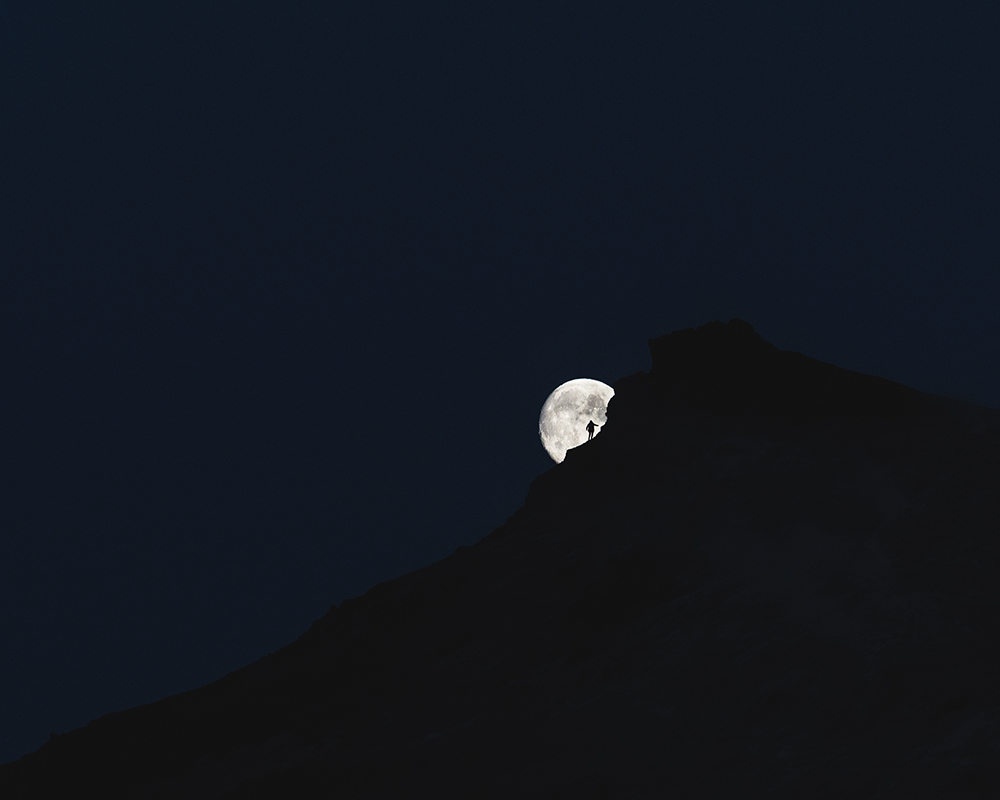 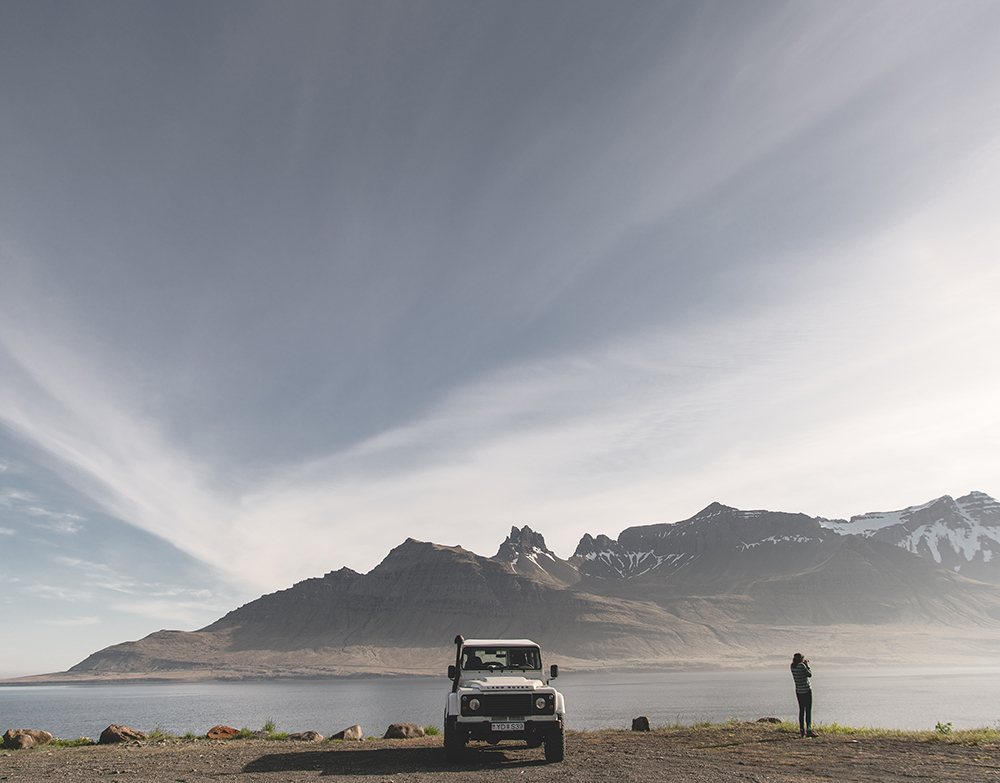 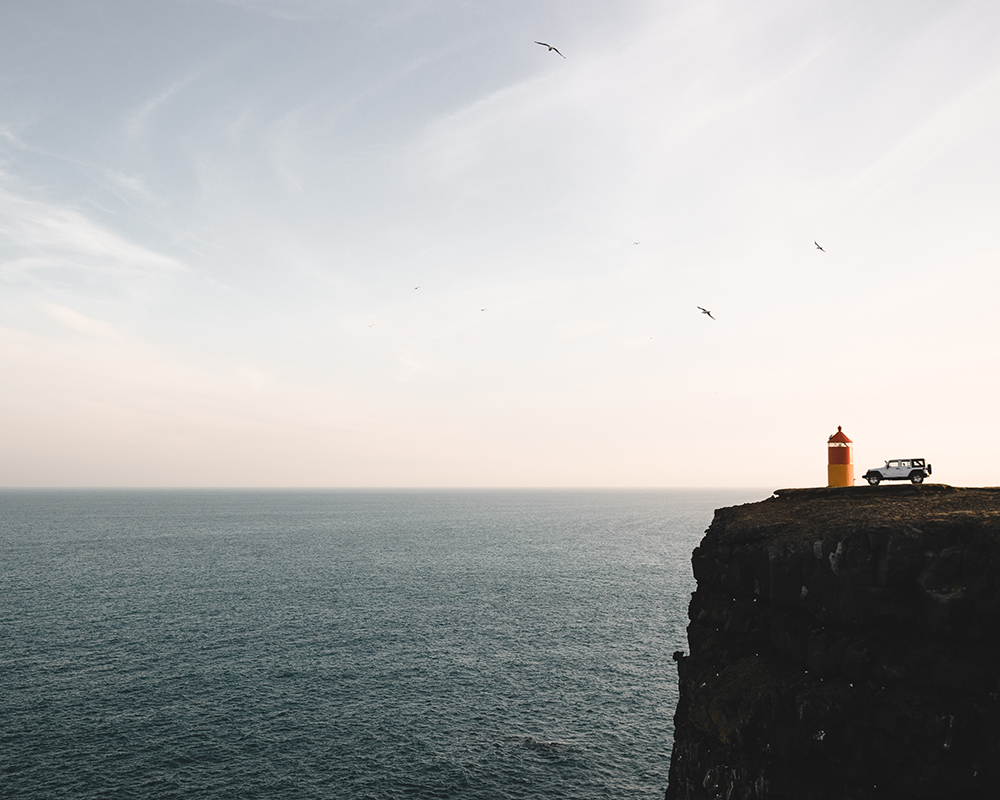 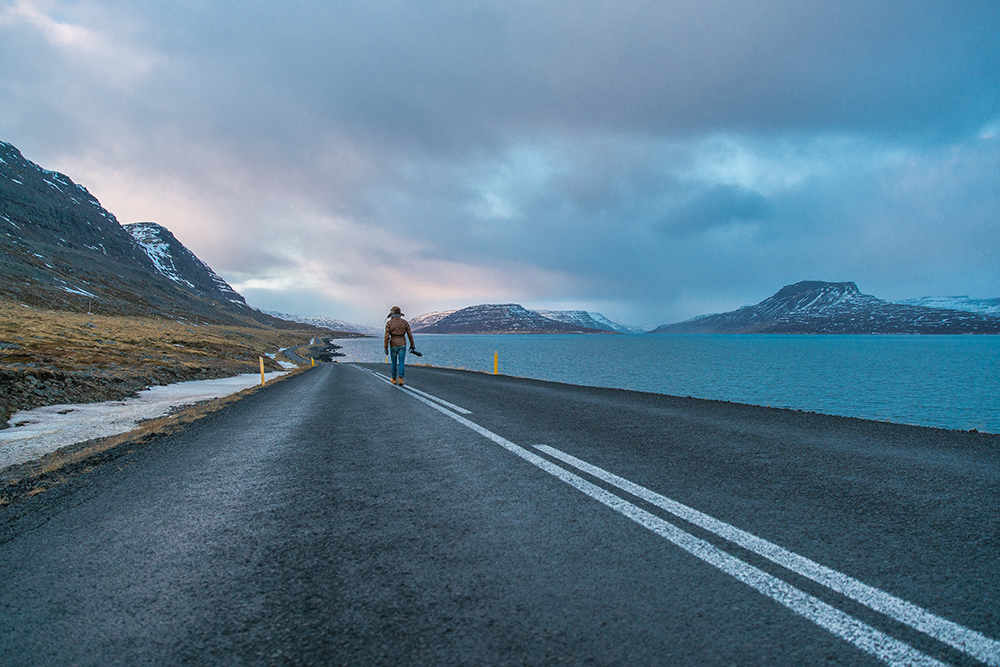 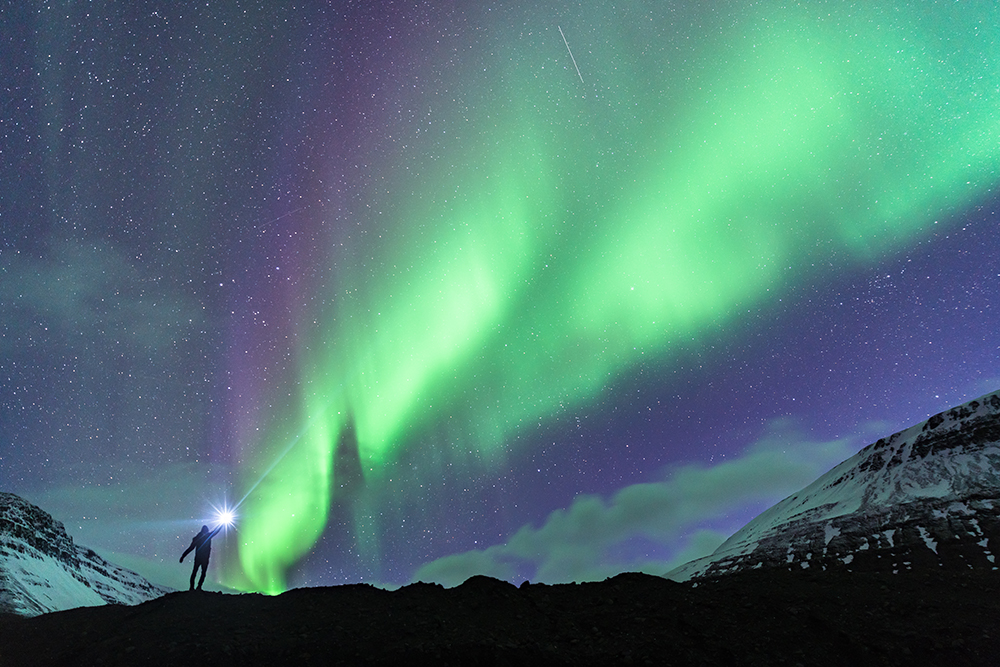 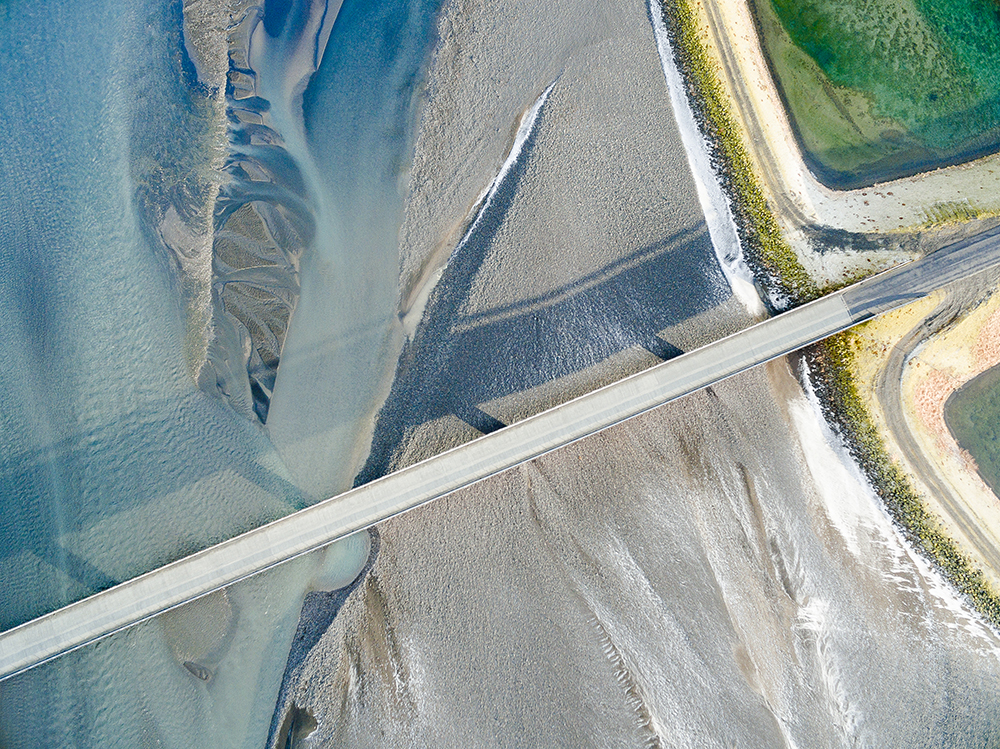 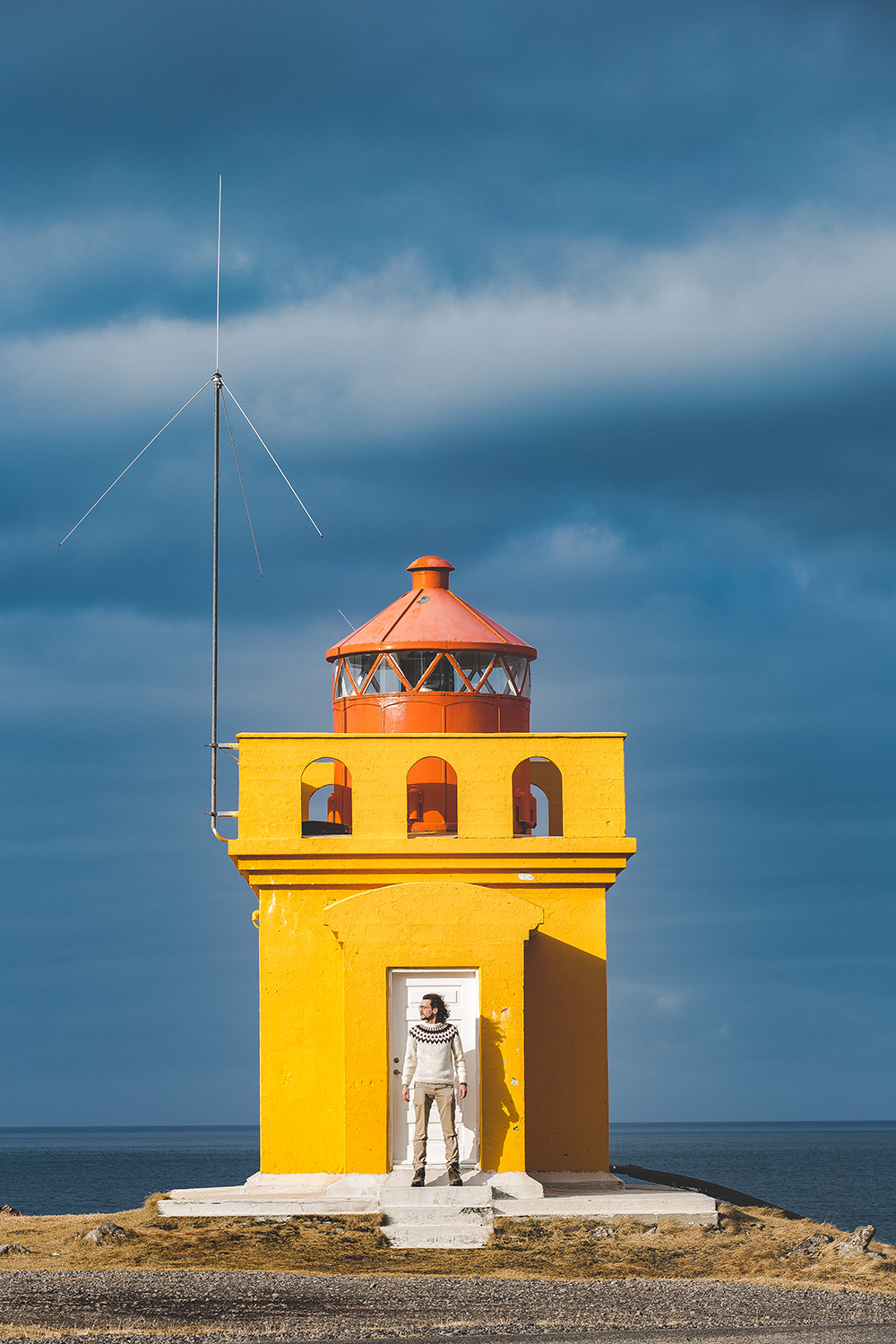