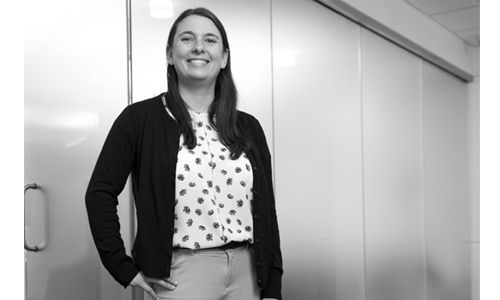 Initially Celeste Marsan ’19 wasn’t sold on WPI as her choice for an undergraduate destination. But after spending a day touring the campus and interacting with the community, the university began to stand apart. “The collaborative nature of the school was incredible," she recalls. "It was small enough to encourage everybody to get involved, but large enough to offer amazing opportunities and reputation.”

Initiated into Tau Beta Pi this past fall, Marsan is now vice president of the engineering honor society at WPI. Throwing her hat into the ring of officers was inspired by her strong belief that interdisciplinary science is the best approach to current problems.

Looking to make friends within her new major, she also joined—and soon became VP of—the campus chapter of the American Institute of Chemical Engineers (AIChE). “One of the main reasons … was for the mentorship opportunities, and chances to interact with faculty members.”

A smaller—but favorite—organization she's thrown herself into is the International Society for Pharmaceutical Engineering, of which she is currently president. The student chapter has a good relationship with the regional ISPE Boston chapter, says Marsan, “which presents great opportunities for networking and workshops with professionals who are working the jobs that we want five, ten, or more years after graduation. It has allowed me to build my professional network in a much greater way than any other organization.” 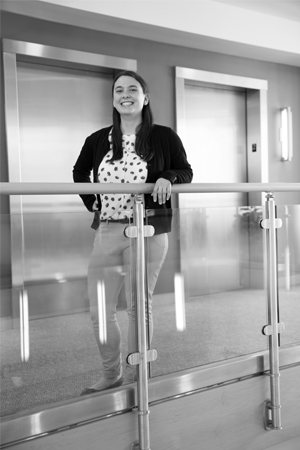 ​Marsan is targeting a PhD in biochemical engineering at WPI, with the hopes of performing research in biopharmaceutical engineering. In order to gain more experience in the field she’s so enamored with, the inspired student decided to forego an internship; instead, she's been volunteering in Professor Eric Young’s ChE lab group since sophomore year.

Throughout all her accomplishments at WPI, the biggest surprise for this exceptional undergrad wasn’t discovered in a lab or textbook, but rather within herself.

“When I was filling out my college applications, I had no idea what to write about. I had never developed a real passion for anything,” she recalls. “At WPI, I've been able to explore various fields and organizations, and have built a passion for research, biotechnology, and helping others. It's so cliché to say that I "found myself" at WPI, but my experiences here have allowed me to grow an incredible amount, both personally and academically.”