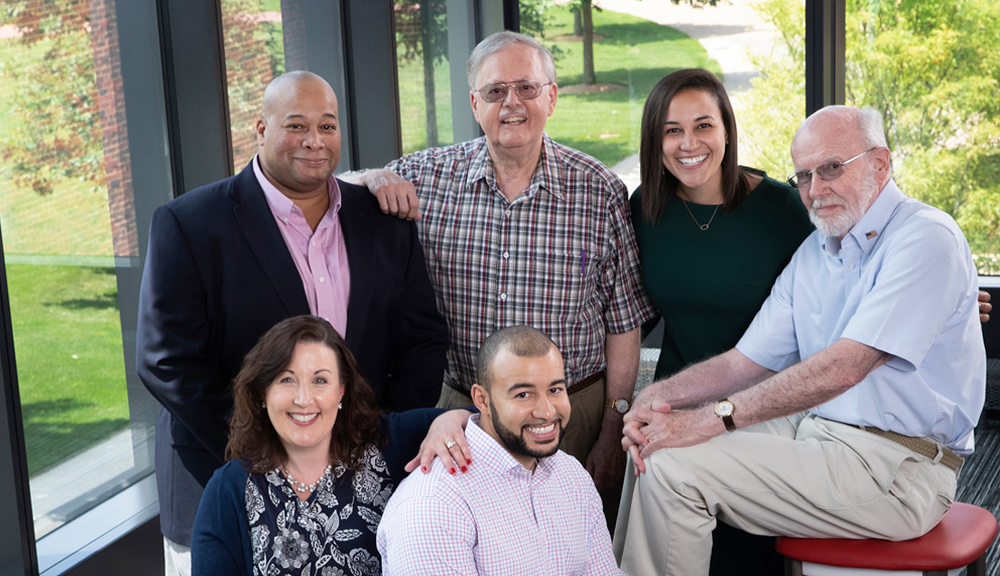 The WPI lineage of Kim Main Heard ’91 stretches back 100 years to just after World War I when her great-great-uncle enrolled in the mechanical engineering program. Altogether, 10 relatives spanning four generations have graduated from WPI. And now her daughter, Rachael Heard ’17 works at the university.

Howard A. Mayo, 1919, went on to become a member of WPI’s Board of Trustees in the 1950s. His son, Howard A. Mayo Jr., and nephew, Ken Mayo, graduated from WPI in the 1940s. Another nephew, Eric Rorstrom ’59, was admitted a decade later. Rorstrom had wanted to be an engineer since he was a high school sophomore. His teachers encouraged him to apply to WPI.

“Most of the industry couldn’t wait to hire our folks because they knew we were strongly taught engineers and we would be very effective,” says Rorstrom, who earned the nickname “Dr. Thermal” for his work designing power plants. As a senior, he helped found WPI’s Zeta Mu chapter of Tau Kappa Epsilon. That’s also when he met his future wife, Priscilla, the sister of fraternity brother Irving Freeman ’61. [Remember Irving. We’ll meet him again later in the story.]

Eric Rorstrom’s grandniece, Kim Main ’91, wasn’t aware of her family’s ties to WPI when she learned about the WPI Plan at a college fair and applied to the biotechnology program. 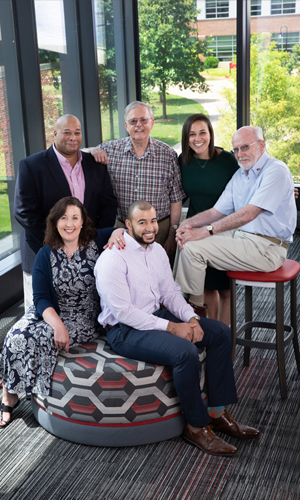 “When I told my grandmother I got in, she told me about all of these men in my family who went to WPI. I was shocked. Not to get sappy about it,” she says, “but I feel like it was meant to be.”

Irving Freeman still lived in the area and agreed to give Kim and her mother, Carolyn, a campus tour. A romance bloomed between Irving and Carolyn … they married in Kim’s freshman year.

Kim thrived at WPI, where she learned how to hold her own in what was calls upon in her current role as safety advisor at Yale University.

“Having WPI teach me how to be self-confident and stand up for myself in a room full of men has been absolutely essential for me,” she says.

Kim was a junior when she began dating Derek Heard ’90, a management engineering major. They married several years later.

“I found my wife at WPI, so I knew she was smart,” Derek quips. Around the time Kim and Derek were starting their lives together, Kim’s cousin Neesa Tristano Lehman ’96 became a WPI student.

Kim and Derek settled in Connecticut. Kim earned her master’s degree in occupational, safety and health management from the University of New Haven and Derek now works for DXC Technology as a global delivery executive. After their children, Michael ’14 and Rachael ’17, were born, the family made frequent trips back to WPI for Homecoming and events at Derek’s fraternity, Sigma Pi.

When it was Michael Heard’s turn to apply to schools, his parents encouraged him to include WPI on his list. He was accepted and enrolled in the newly created aerospace engineering master’s program. He earned his BS/MS in 2014 and began working at Textron in Wilmington, Mass.

Rachael Heard knew from the start that she wanted to attend WPI. One of the first things she did upon arriving on campus was join the cheerleading team (which she now coaches). She majored in biotechnology but her IQP in Namibia sparked her interest in working with students. She earned a master’s degree in higher education from Boston College, then returned to WPI to become the assistant director of multicultural affairs.

“I think it’s wonderful that my family was able to pave the way for me and my brother and mom and dad. It makes me feel, for lack of a better term, satisfied,” she says. “I feel like this is where I belong. It’s home. Now that I work here, it just feels right. Like this is where I’m meant to be.”