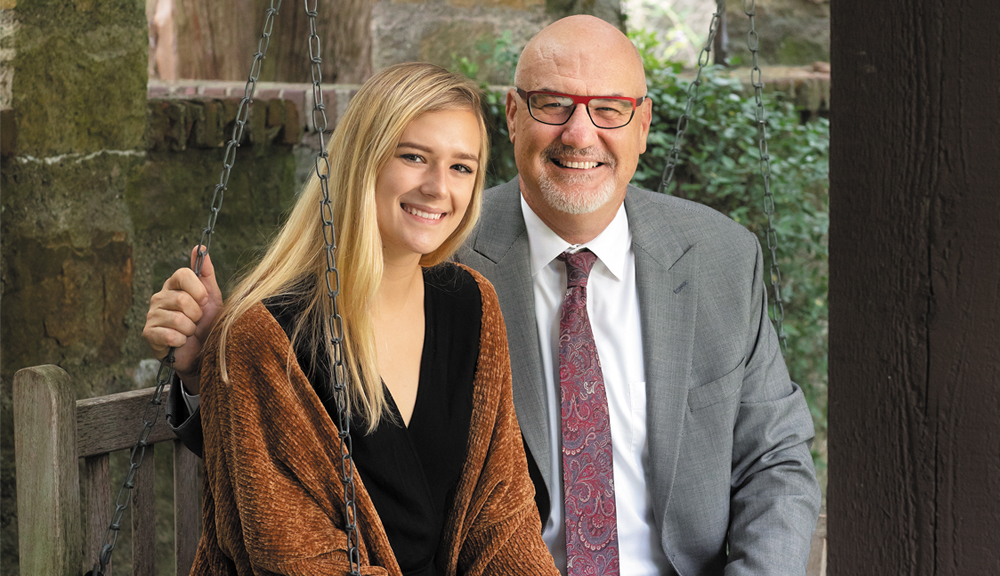 James Petropulos’s four years as a civil engineering major and basketball forward at WPI prepared him for the future and remain a wellspring of warm memories. So, when his youngest child was considering colleges, Petropulos ’83 scattered more than a few hints about applying to his alma mater.

“I always jokingly said to her, ‘WPI is quite a place,’ with the deep-down hidden hope that someday she would be interested in going there,” he says.

It didn’t look promising. Olivia Petropulos ’22 had her heart set on nursing school, even if that meant giving up competitive swimming, a sport she loved in high school. She applied to four nursing programs, then, at the last minute, thought, ‘why not?’ and squeaked in an application to WPI just under deadline.

“Two months later, I’m waiting for my decision and WPI is the only thing I could think about. Every day I checked the site to see if I got in,” Olivia says. 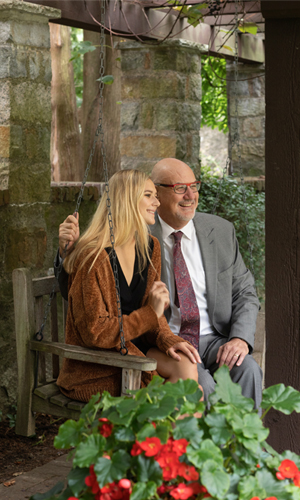 WPI holds a firm place in Petropulos family lore. Jim met his wife, Lynda, there while she was a student at Quinsigamond Community College. And it was because of WPI that he landed his job with the company he co-owns today.

WPI was one of two colleges that recruited Jim for basketball. Jim was impressed by then-Coach Kenneth Kaufman and Harrington Auditorium and was intrigued by the WPI Plan. He knew he would receive a solid engineering education at WPI.

There, Jim found the perfect blend of academics, athletics and social life among the civil engineering faculty, his fellow basketball players, and Lambda Chi Alpha fraternity brothers. When he graduated with a civil engineering degree, entry-level positions in the field were scarce, so he returned home to western Massachusetts and took odd jobs while searching for work. Jim was in the Worcester area six months later to spend Christmas with Lynda and her family when he popped into the career office at WPI looking to see if there were any civil engineering jobs posted. Then-dean Bill Trask looked up from the phone and held his finger up, signaling Jim to wait.

“Minutes later he called me into his office, handed me the phone and said, ‘Hey Jim, there’s a gentleman on the phone looking for a civil engineer.’” It was Paul Hayner ’69, owner of Hayner/Swanson Inc., a civil engineering and land surveying firm with offices in Burlington, Mass., and Nashua, N.H. “Thirty-five years later, I’m one of the owners of the company,” Jim says. In addition,” he says, “here at my office we have four other WPI alumni: Paul Hayner ’69, Earle Blatchford ’84, Steve Auger ’96, and Tom Zajac ’10. It’s been great working with these gentlemen.”

Jim and Lynda raised their three children in New Hampshire, but returned to WPI for basketball games and other events. And no trip back home for family get-togethers was complete without a walk through campus. Jim’s two older sons also pursued engineering degrees at the University of Hartford. Chris is an acoustic consultant in New York City and Alex is a professional drummer with the band Pigeons Playing Ping Pong.

As a high school senior, Olivia packed her schedule with classes and doubled up on science. It was a challenging year, but Olivia proved to herself that not only could she handle the work, she thrived on it. Nursing appealed to her in part because she wanted a career helping people, but Jim knew she could have a similar impact as a biomedical engineer.

“He’s always said that for my whole life he’s known two things: I’m a swimmer and I have the mindset of an engineer,” Olivia says.

Both she and her father were ecstatic when Olivia received her acceptance along with a spot on the swim team.