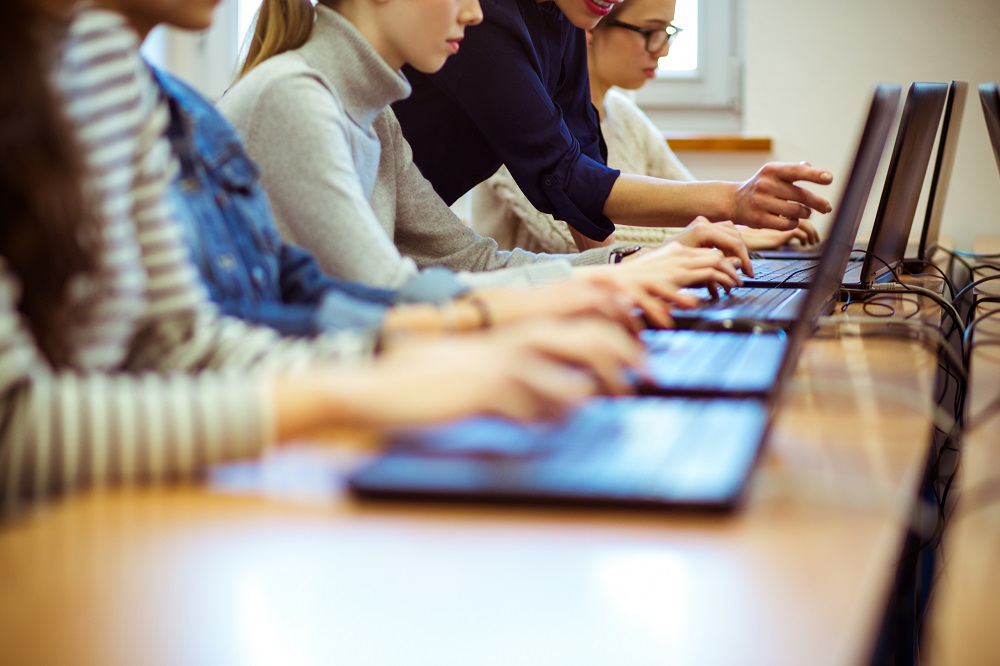 The two-member team tops the international competition that attracted more than 1,100 participants

“It was very interesting and also very challenging to compete with some of the top people in this field,” said Wang. “We were thrilled to win, but what we learned during the competition was much more important than the first-place outcome.”

The WiDS Datathon was a joint effort between the Institute for Computational & Mathematical Engineering (ICME) at Stanford University, Kaggle (a Google company), Intuit, West Big Data Innovation Hub, and InterMedia. More than 1,160 participants registered for the challenge that took place online Feb. 1-28. Teams were tasked with analyzing how women in India use traditional financial and mobile financial services through a dataset collected by InterMedia.

Competitors had to wrangle 45,000 lines of data to build machine learning and statistical models that would predict the gender for each line of data. By identifying which digital resources are available and used by women, the data can help predict the specific financial tools to enable them to participate more fully in their local economies. WPI’s team was successful in identifying the patterns and creating the best predictive model.

“We are very proud of our winning team,” said computer science professor Elke Rundensteiner, director of WPI’s data science program. “This competition was a perfect match for our students, as WPI’s rigorous project-based curriculum requires them to apply the knowledge learned in classes and labs to real-world situations while developing solutions to problems that matter to people.”

The winning team was announced during the third annual Global WiDS conference, held at Stanford University on March 5. More than 100 regional events hosted by WiDS ambassadors had brought young women together with highly successful professionals to encourage and prepare them to join the important technology pathway in data sciences. WPI hosted one of the events, the WiDS Central Massachusetts Conference. (Read the story in WPI’s Daily Herd here.)