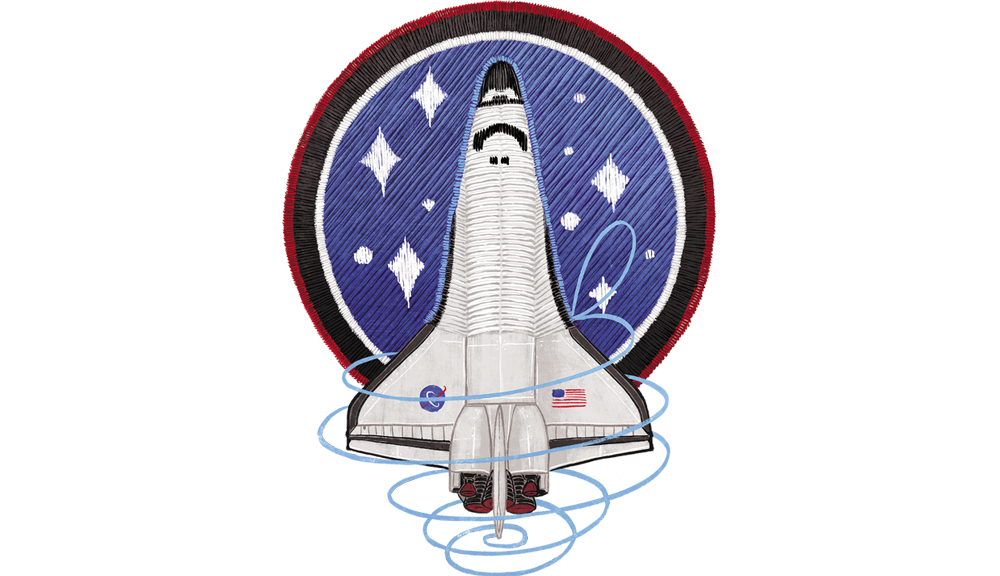 NASA plans to build more durable spacecraft to reach planets such as Mars—with the help of yarn and a few deep math calculations.

Randy Paffenroth is an associate professor of mathematical sciences, computer science, and data science at WPI as well as a sub-contractor to New Hampshire–based Nanocomp Technologies, which received an $8.1 million contract from NASA to advance its manufacturing processes. He is combining old math formulas and new math techniques that will enable sensors used by Nanocomp to capture high-resolution images to find imperfections in a carbon-based advanced material known as Miralon. Ten times stronger than steel, Miralon yarns are lightweight and flexible and can be wrapped around structures such as rocket fuel tanks, giving them the strength to withstand high pressures.

In explaining his role, Paffenroth says he is taking what he calls “this fancy, cutting-edge neural network and adding in a 250-year-old mathematical tool known as the Fourier transform to improve image resolution.” He considers it “a set of eyeglasses for the neural network. It makes blurry objects clear to the algorithm.”

While many researchers are using super-resolution techniques for capturing physical images of objects, WPI’s techniques are more accurate than competing methods—so much so that the International Conference on Image, Video Processing, and Artificial Intelligence invited WPI researchers to present their findings at the conference in Shanghai, China, earlier this year.

“It’s really exciting,” says Paffenroth, “to use a combination of modern machine learning and classic math to make an impact on future space-related challenges.”