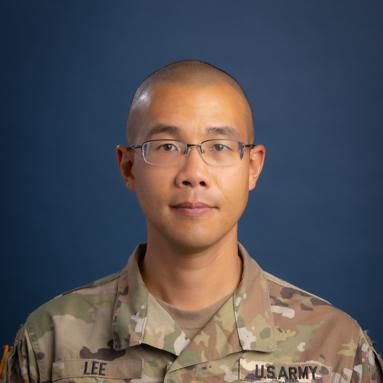 Major Lawrence Lee entered the United States Army Reserve as an enlisted Soldier, where he served as a food service specialist, and later as a unit supply specialist. He graduated from Kansas State University; where he earned a Bachelor of Arts degree in History, and received his commission though the Reserve Officer Training Corps program.