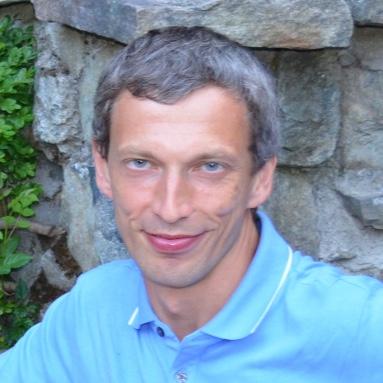 My scientific interests mostly lie in the fields of model reduction, linear algebra, approximation theory, multi-scale methods, homogenization with application to solution of forward and inverse PDE problems. While most of the numerical approaches I’ve developed were primarily targeted to geophysical exploration, I’m constantly looking for other areas of applications. In particular, due to much in common in the nature of measurements, I’ve started exploring applications in radar imaging, medical imaging as well propellant tank imaging for NASA applications. Also, I’m currently investigating the natural extension
of my developments to the area of data science and unsupervised machine learning. A wide range of applications here includes bioinformatics, geophysics, social network studies, financial mathematics, etc. To be precise, within the broad area of topics above, four of them represent particular interest for me.

1. Model-driven reduced-order models for fast solution of large-scale diffusive and wave forward problems. In particular, I’m interested in the study of approximation properties of various Krylov subspace projection-based model reduction as well as strategies for selecting optimal or near-optimal ROMs. The applications here include forward electromagnetic, acoustic and seismic exploration.
2. Multi-scale ROM methods and homogenization for discretization for large-scale elliptic, diffusive and wave forward PDEs. That includes the development of low-order as well as spectral multi-scale discretization methods on coarse grids non-conforming to media structures. The latter ones are needed when too coarse cells are considered, and, therefore the introduction of dispersive properties for such cells is required.
3. Data-driven reduced-order models for solving nonlinear wave and diffusive inverse PDE problems. Here I’m interested in mapping the given data to the specific types of ROM mimicking the structure of sparse dynamical system. The parameters of such ROMs have a physical meaning of unknown inverse problem unknowns, so one can either interpret them directly or use such map as preconditioner for iterative inversion algorithm. Another application of such ROM is so-called Data-to-Born transform that allows to remove nonlinearity of inverse PDE problems.
4. Unsupervised machine learning for clustering of large datasets. This is the most recent topic of my research, so it is in active development at this point. Its ultimate goal would be the development of divide-andconquer type of algorithm for spectral data clustering. In particular, first the data is split into subsets and then each subset is clusterized independently. The final step would be clusterization of all the clusters obtained for all data subsets. It turned out that data subset clustering can be efficiently performed in the model reduction framework. At the current stage I’m exploring this intimate connection in details, i.e. constructing optimal reduced-order models (ROMs), investigating various algorithms for ROM clustering, etc. The range of data sources I’ve applied the subset clustering for includes stock market statistics, social network connections, collaboration networks, well logging as well as gene expressions.

I strongly believe that a good sign of novel theoretical development is that it was originally driven by application in mind. And, vice versa, it is unlikely to get a breakthrough in applications without new solid theory. Hence, I constantly try to keep tight connections with my current collaborators from both academia and industry as well as to explore new areas and ideas for research.