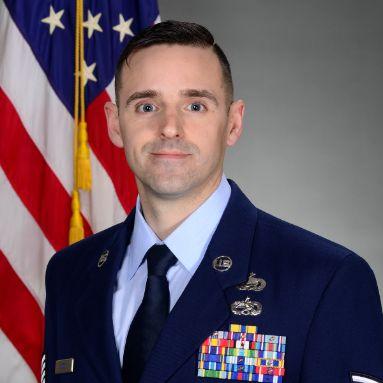 Technical Sergeant Moody is a native of Pittfield, Maine. He entered the USAF after graduating from Basic Military Training in 2011 at Lackland AFB, TX.

From June 2011 – June 2018, TSgt Moody was assigned to the 31st Maintenace Squadron, as an Aircraft Fuel Systems Technician. He was responsible for the repair and maintenance of 50 F-16 aircraft.

In June 2018, TSgt Moody was assigned to the 56th Component Maintenace Squadron where he was responsible for the fuel systems of F-16 and F-35 aircarft.

In July 2019, TSgt Moody was given the opportunity to retrain and became a Personnelist. He was moved to the 56th Force Support Squadron and led the Military Personnel Flight as Section Chief, where he led 14 airmen.

2020 Associates in Human Resources, Community College of the Air Force