Josh took advantage of WPI’s Global Projects Program with an IQP in the Windhoek, Namibia, Project Center where he worked with a public-private partnership that represents transport companies. His group produced an application to help company drivers find the safest routes with real-time road work and safety alerts. The application also helps drivers navigate border crossings.

“This has been a great opportunity to work with so many amazing people from the opposite side of the world and take the time to understand their problems and their perspective,” he says. He also got to work with peers from the Namibian University of Science and Technology—an invaluable way to make connections and gain global understanding.

Josh also secured a co-op with ExxonMobil in Louisiana at the Baton Rouge Chemical Plant during his senior year. He anticipates this opportunity will bring him one step closer to his goal of a career as a process engineer for a company in the gas and oil industry.

The community Josh has built around him makes WPI feel like a place where he belongs. “Everyone knows that studying engineering and science is difficult,” he says, “so everyone supports each other and helps one another out. In addition, I have really gotten to enjoy the Worcester community. I have met so many nice people who invite me and other WPI students over for holiday meals, and it's a really great opportunity to establish a home away from home.”

When he is working at his Admissions Office job, Josh likes to impart words of wisdom. “My biggest advice would be to say, 'yes,'” he says. “Whether that be to joining a club, working with a professor on a research project, or taking a day trip to the Cape. There are so many opportunities to be taken advantage of while you're at WPI, so it is important to say 'yes'.”

Josh takes his own advice. He joined the student newspaper, The Towers, in his freshman year and steadily worked up the ranks to become co-editor-in-chief. “I want to make sure it is something we can be proud of,” he says, “because the writers put so much effort into their article contributions.” 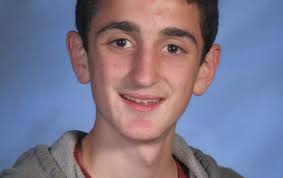 Maggie has been my advisor during my time on the executive board of Hillel. She has allowed me to grow as a person and a leader and to really step out of my shell and become more active in the WPI community. She also empowered me to explore my Jewish heritage and tradition.

My days begin by waking up and heading to class. I like to start my classes pretty early, because it allows me to be productive throughout the entire day.

I usually finish class around noon, eat a quick lunch, then head to my job at the Admissions Office. After my duties of talking with prospective families about the school, I try to bang out a workout in the Rec Center. I like to hit the StairMaster to train for my post-IQP hike up Kilimanjaro.

After this I am either heading to a Hillel or Towers meeting. I then grab some dinner from the CC while I'm up on campus and then head back home to finish up some work!

Jam as much into four years as you possibly can, because the years are going to fly by and you're gonna miss this.
My favorite thing about WPI is the community of students. Whether it is a closer group of friends or the broader WPI community, everyone is in it together.
WPI graduates are different from their peers because they are very confident in their ability to contribute in a professional sense. This is a consequence of the MQP as well as the great job the Admissions Office does in selecting candidates.