BS in Computer Science, minor in Philosophy and Religion

A computer science major, Michael had no doubt WPI was a great place to begin his education. What he didn’t expect was being able to turn his love for philosophy and religion into a minor that would involve him deep in research as a sophomore.

“Prior to WPI, I never thought about getting a minor, considered graduate school, or even thought about getting involved in the world of academia,” he says. “Due to Professor Telliel’s support, I managed to pursue a philosophy minor, and I have been able to consider all of these things now.” Michael believes his opportunities are significantly different now, and he’s excited to pursue more research that is meaningful to him.

“The most important thing I have achieved academically is my independent study research called Lift Every Voice,” he says. Highlighting the bridge between the humanities and sciences in his personal endeavors is important to Michael. Understanding the connections between science and people helps him as founder of Augment, a music technology early-stage startup company working on democratizing the world's music knowledge.

“I am continuously working on solving problems that connect both of my passions, music and technology,” he says, noting that WPI’s high standards push him to do his best work. “There is a genuine belief that anyone here has the ability to do great things.” 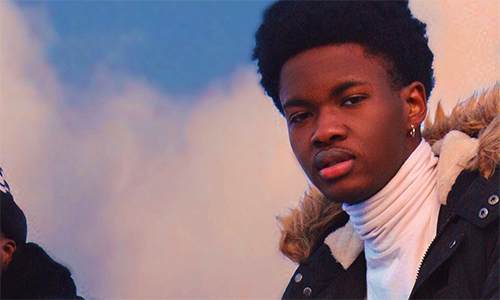