Driving the Future: WPI's Impact on Sustainable Technologies and Sustainability

WPI faculty know that improving the health of our planet will take solutions from every corner. At WPI, we’ve identified, tested, and demonstrated success with solutions destined to make a significant positive impact on global climate change.

Driving the Future: WPI's Impact on Sustainable Technologies and Sustainability

More information on our featured speakers is below. Advanced registration is requested.

Some Highlights of WPI's Impact on Sustainable Technologies and Sustainability

More About Our Featured Speakers​​​​​

Senator Edward Markey is a consumer champion and national leader on energy, environmental protection, and telecommunications policy. He has a prolific legislative record on major issues across the policy spectrum and a deep commitment to improving the lives of the people of Massachusetts and the United States. Throughout his career, Senator Markey has amassed an unparalleled record of energy and environmental legislative achievements. Learn More about Senator Markey 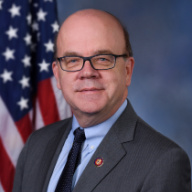 Congressman Jim McGovern represents Massachusetts’ Second Congressional District. Born and raised in Worcester, Massachusetts, he served as Chairman of the House Rules Committee for the 116th and 117th Congresses, and serves as the Ranking Member of the Rules Committee for the 118th Congress. Throughout his career, Congressman McGovern has been an advocate for human rights and democracy both at home and abroad, and has been a critical voice on food security, access, and ending hunger. Learn More about Jim McGovern 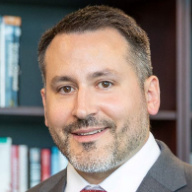 Charles Clancy is senior vice president, chief futurist, and general manager of MITRE Labs. He is responsible for sparking innovative disruption, accelerating risk-taking and discovery, and delivering real-time technology capabilities and execution, and leads technical innovation to anticipate and meet the future demands of government sponsors and industry and academic partners. In 2021 WashingtonExec magazine named Clancy one of the nation’s Top Climate Executives to Watch. Clancy is an IEEE Fellow and sits on numerous boards and committees including the AFCEA Board of Directors’ Executive Committee and the Intelligence and National Security Alliance Advisory Committee. He holds a bachelor’s degree in computer engineering from the Rose-Hulman Institute of Technology, a master’s degree in electrical engineering from the University of Illinois at Urbana-Champaign, and a PhD in computer science from the University of Maryland, College Park. 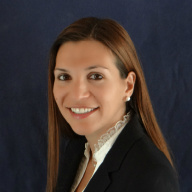 Danielle Cote MS’10 PhD’14 is a Harold L. Jurist '61 and Heather E. Jurist Dean's Professor and an assistant professor in Materials Science & Engineering at WPI and director of the Cote Research Group. She received her B.S. from the University of New Hampshire in Chemical Engineering and her M.S. and Ph.D. in Materials Science & Engineering from WPI. She also worked as a research engineer at Saint-Gobain High Performance Materials in the Polymer Characterization research group. Cote’s current research involves computational thermodynamic and kinetic modeling; rapidly solidified materials, with a focus on Al powder alloys (feedstock for AM); solid state additive manufacturing, specifically cold spray processing and characterization; and database development to aid in integrated computational materials science and materials processing. In 2018, she was named to Heat Treat Today’s inaugural 40 Under 40 class. 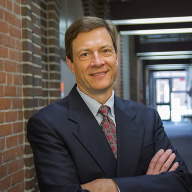 John McNeill is WPI’s Bernard M. Gordon Dean of Engineering. He joined WPI in 1994 after nearly a decade in industry, and was named dean in 2021. McNeill is senior member of IEEE and a member of the American Society for Engineering Education, the National Academy of Inventors, and the Council for Undergraduate Research. His research interests include biomedical sensing, jitter (noise) in integrated oscillators, and digitally assisted calibration of analog-to-digital converters used in low-power sensor systems. McNeill received a bachelor’s degree in engineering sciences from Dartmouth College, an MS in electrical engineering from the University of Rochester, and a PhD in electrical engineering from Boston University.

Vanessa Miler-Fels is Schneider Electric’s Vice President of Global Environment and Climate. In this role, Vanessa is responsible for Schneider’s environmental strategy and decarbonization roadmap. With 15 years of experience on climate change mitigation and adaptation in both developed and emerging markets, Vanessa has a deep understanding of energy transitions, and expertise across public and private sectors - from climate policy with the French Ministry of Energy to Microsoft and now Schneider Electric. She holds a Master’s degree from Sciences-Po Paris, an MBA from École Supérieure de Commerce de Paris (ESCP), and graduated from Ecole Nationale D’Administration. 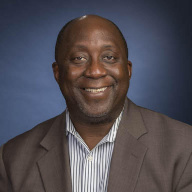 Winston “Wole” Soboyejo is WPI’s Interim President, having previously served as Provost and Senior Vice President and also as Dean of Engineering. A member of the National Academy of Engineers, he is also a fellow of the World Academy of Sciences, the Nigerian Academy of Engineering, the American Society of Mechanical Engineers, American Institute of Medical and Biological Engineering, the Materials Society of Nigeria, the Nigerian Academy of Science, and the African Academy of Sciences. Soboyejo is a materials scientist whose research focuses on biomaterials and the use of nanoparticles for the detection and treatment of disease, the mechanical properties of materials, and the use of materials science to promote global development. He received a bachelor’s degree in Mechanical Engineering from King’s College London and a PhD in PhD Materials Science and Metallurgy from Churchill College, Cambridge. 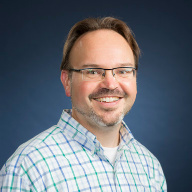 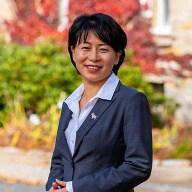 “Grace” Jinliu Wang will assume the role of president at WPI in April of 2023. She is a materials scientist and highly accomplished and collaborative leader in higher education, government, and industry. Over the past 21 years, president-elect Wang has distinguished herself through her work at IBM/Hitachi Global Storage Technologies, the National Science Foundation, the State University of New York System (SUNY), SUNY Polytechnic Institute, where she served as  interim president, and, most recently, at The Ohio State University where she serves as executive vice president for research, innovation, and knowledge enterprise. At each of these organizations, she has excelled at building collective vision and developing partnerships and resources that advanced their missions. Wang earned her bachelor’s and master’s of science degrees in polymer materials from the Beijing University of Chemical Technology, and a PhD in materials science and engineering from Northwestern University.