The Louis Stokes Alliance for Minority Participation (LSAMP) Scholar Program, named in honor of former congressman Louis Stokes, is a NSF funded program intended to support historically underrepresented students in the STEM fields. Enrollment in the program is reserved to a select and highly committed group of students with a declared major in science, technology, engineering, mathematics, and pre-health professions.

Who is Louis Stokes

LSAMP was named in honor of former congressman, Louis Stokes, who spent his life serving and defending those in need. See the timeline1 below to learn more: 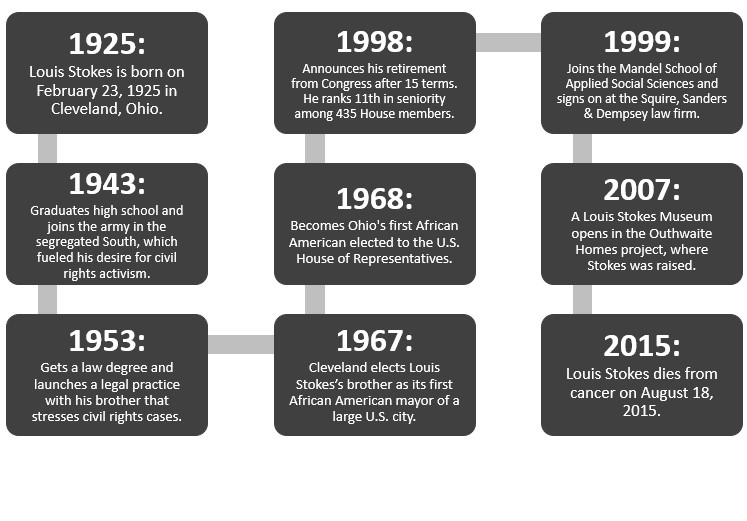 The long-term objective of the WPI LSAMP Scholars Program emerges out of the National Science Foundation’s vision of LSAMP as a critical resource for high-potential historically under-represented students with a passion and commitment to become industry and academic leaders in STEM areas. Our goal is to increase the numbers of African American, Latino/a, Native American, and other historically under-represented students graduating with baccalaureate degrees in STEM fields of study through creating a supportive community, offering academic support and guidance, and providing access to resources on and off campus.